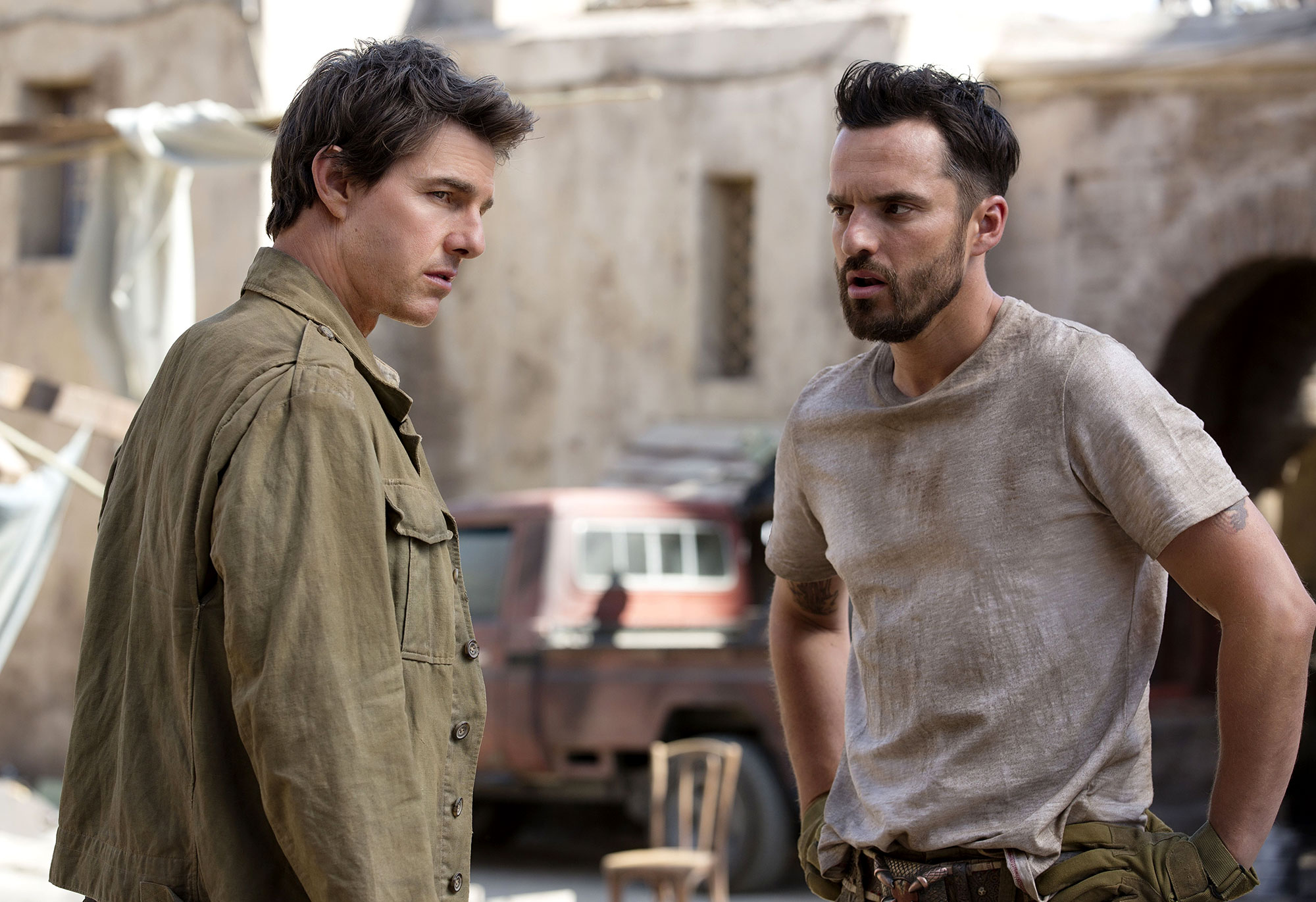 Serious business. Jake Johnson weighed in on former costar Tom Cruise’s behavior on set after the Oscar nominee’s rant over COVID-19 protocols during filming for Mission: Impossible 7 made headlines.

The New Girl alum, 43, starred alongside the Top Gun actor, 59, in the 2017 action film The Mummy. “He’s an intense guy,” he said on the Tuesday, August 10, episode of The Daily Beast’s “The Last Laugh” podcast.

Johnson implied that those who do not adhere to Cruise’s expectations on a production may have trouble keeping up. “In terms of a filmmaker, he wants to entertain an audience, and if you’re not all about that, you’re going to get knocked off the bronco,” he claimed. “Because he is there to entertain an audience and he’s willing to really put himself in harm’s way to do it.”

The Jerry Maguire star frequently insists on doing his own stunts and has been known to power through injuries to continue filming. Johnson learned exactly how dedicated his costar was when he struggled to recover from a scene.

Tom Cruise Through the Years

“We jumped over buildings together that exploded,” the Stumptown alum recounted. “We were on a three-story building that collapsed, and I landed on my back and told him that something went wrong because I got hurt. And he said, ‘Injured or hurt?’ I said, ‘What’s the difference?’ And he goes, ‘Can you go again or is something broken?’ And I was like, ‘No, I mean, I can go again.’ Then he goes, ‘So you’re hurt. Of course you’re hurt. You fell off a three-story building.’”

Johnson noted that what fans see from Cruise is what they get. “He’s not faking it,” he said. “When you see him on a horse and he gets thrown off and he tucks and rolls, his back is bruised. But he loves the shot.” 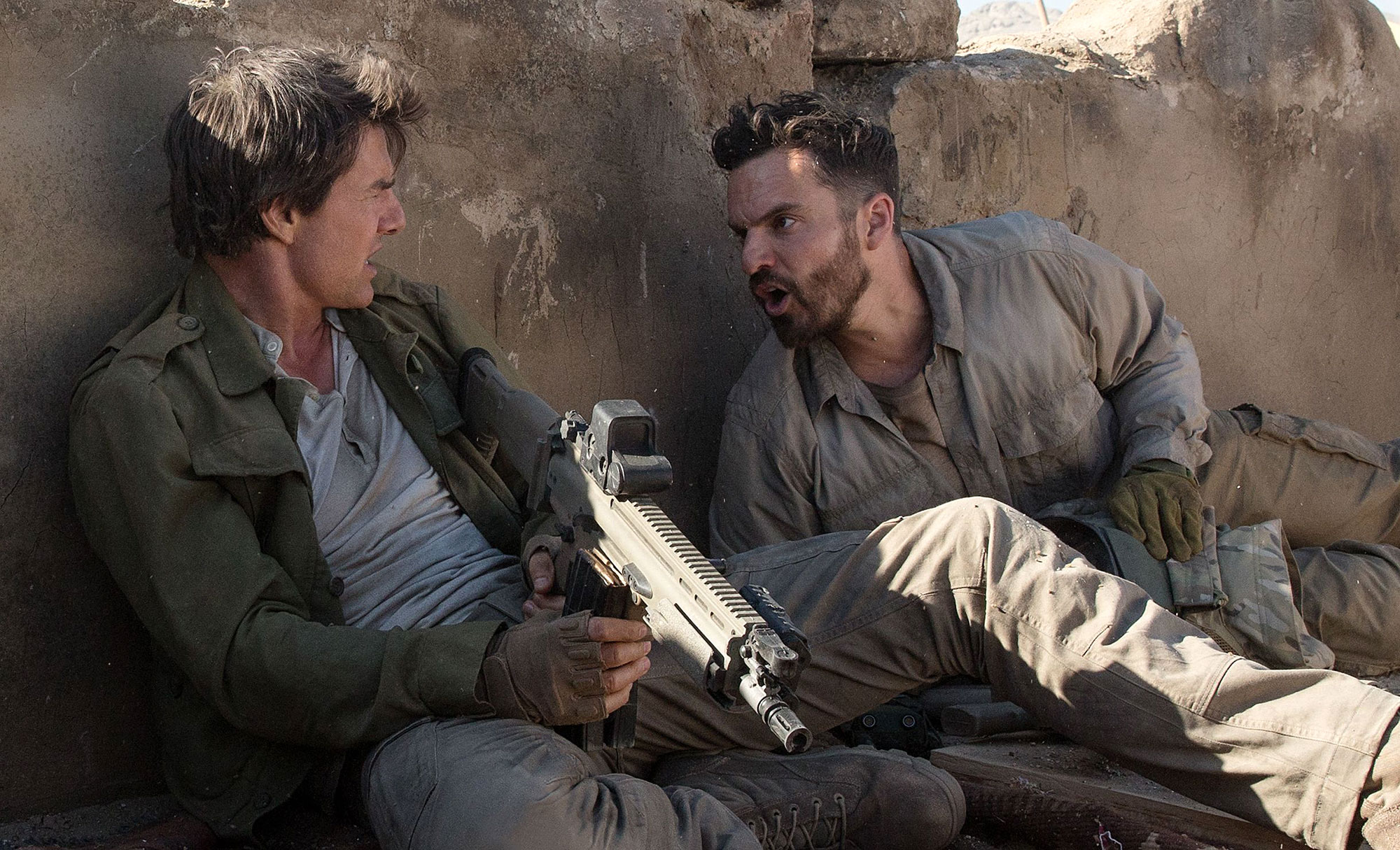 The Jack Reacher star incited controversy in December 2020 when a recording surfaced of him screaming at the Mission: Impossible 7 crew for not adhering to coronavirus safety rules.

“If I see you do it again, you’re f–king gone,” he warned. “And if anyone on this crew does it, that’s it — and you too and you too. And you, don’t you ever f–king do it again. That’s it. No apologies. You can tell it to the people that are losing their f–king homes because our industry is shut down.”

Cruise doubled down on his statements in May. “I said what I said,” he told Empire magazine, adding that he was only addressing “select people” who were violating protocols. “There was a lot at stake at that point.”

Five months before his rant, the Risky Business actor came under fire when Thandie Newton opened up about working with him on Mission: Impossible 2.

“I was so scared of Tom,” the actress, 48, told New York magazine in July 2020. “He was a very dominant individual. He tries super hard to be a nice person. But the pressure. He takes on a lot. And I think he has this sense that only he can do everything as best as it can be done.”