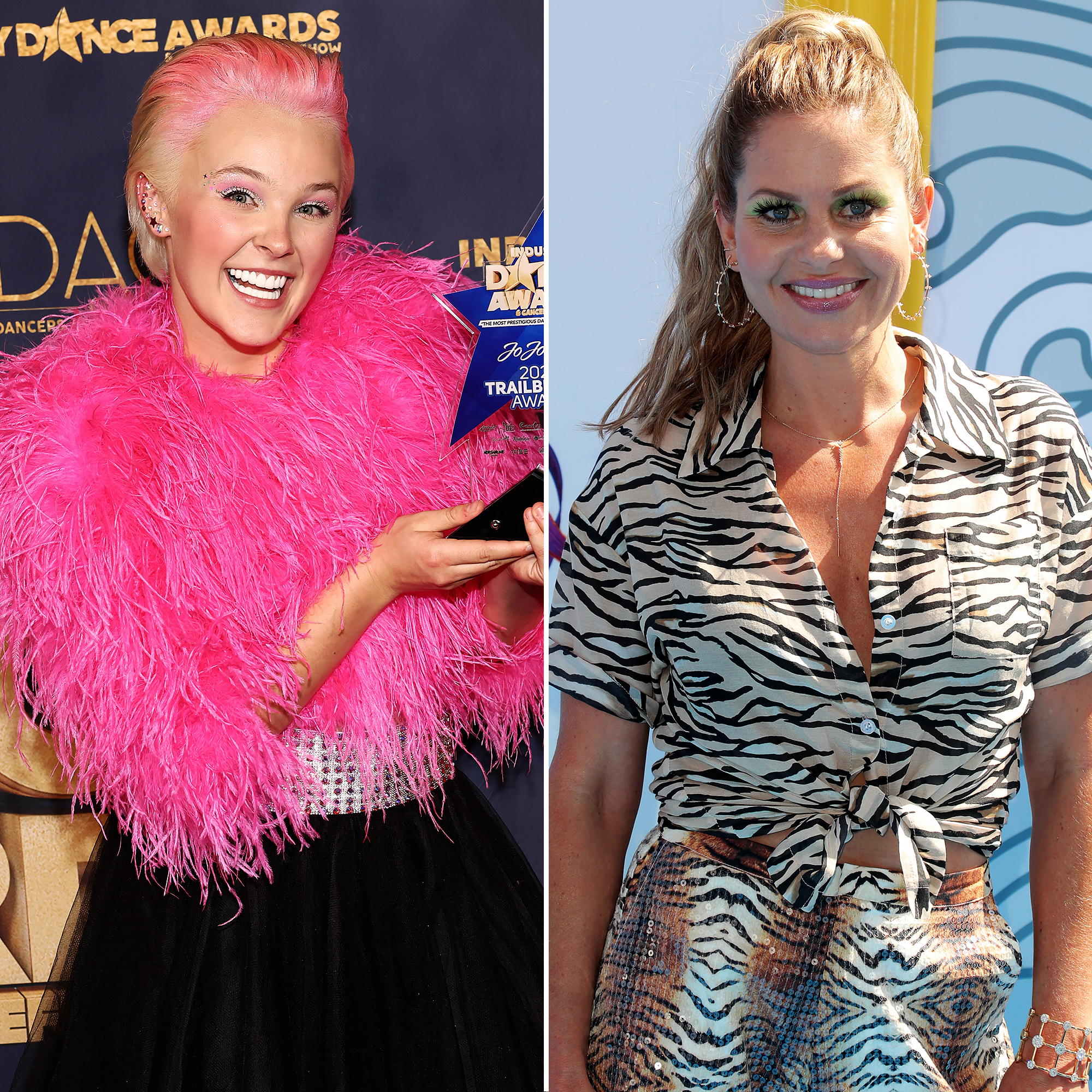 Moving on. JoJo Siwa revealed where she stands with Candace Cameron Bure after their public feud over the summer.

The drama between the Dance Moms alum and Bure, 46, began when the former participated in a TikTok trend in July answering questions about her interactions with celebrities. Siwa flashed a photo of the Full House alum for the “rudest celebrity I’ve met” prompt.

Two days after the “Boomerang” singer shared the clip, Bure took to Instagram to tell her followers that she and Siwa had cleared the air during a phone conversation. The “Christmas Contest” actress explained that the “Kid in a Candy Store” musician admitted she had lingering bad feelings from a past interaction with her.

“She didn’t want to tell me [how I was rude to her]. … She said, ‘You know, I met you at the Fuller House premiere and I was 11 years old,’” Bure recalled of the phone conversation, adding that she had apparently declined the Nebraska native’s request for a photo at the time.

“I broke your 11-year-old heart. Ugh. I feel crummy,’” the Kind Is the New Classy author told the Nickelodeon personality. “’JoJo, I’m so sorry.’” She then issued a reminder to her followers: “No matter how many followers you have … even a 10-second trending TikTok video can do damage because our words matter and our actions matter.”

Siwa, for her part, expanded on her “rough” childhood experience with Bure during a July video obtained by Page Six.

“You know, I had a rough experience when I was little. I was 11, and I was a big, big fan, and I wanted to take a picture with her, and it wasn’t a good time for her. I will say because I had a bad experience, that doesn’t mean that she is an awful human. I think it just was an inconvenient time for her, and little 11-year-old me was just so pumped up and so excited, but that doesn’t mean she’s the worst human ever,” she said.

The So You Think You Can Dance judge continued: “It was at the afterparty that she didn’t wanna take a picture with me, and I was OK with that. But then I turned around, and when I looked back, she was taking pictures with other kids.”

After Siwa and Bure buried the hatchet, the “I Can Make U Dance” singer’s mom, Jessalynn Siwa, weighed in on the drama.

JoJo Siwa Through the Years

“I talked about this on my podcast a while back. The recent story told wasn’t quite right so here is the real version,” Jessalynn, 47, wrote via Instagram in August alongside a clip from a previous episode of her “Success With Jess” podcast.

She continued: “At the end of the day this story, it’s not about a simple photo it’s about how you treat people. Real, genuine kindness always goes a long way. It’s super easy to quote a bible verse when everyone is looking at you, but morals are what you have when no one is looking. 🌈.”