As early counting on Saturday suggested that Daniel Andrews’ Labor Party was losing skin but there was not a large enough swing towards Liberal and National candidates to grant them the chance of forming government, conservative strategists had to face a devastating possibility.

The current century will be a quarter done before the next election and during that whole period, should Matthew Guy’s forces fall short in 2022, there would have been a Liberal Premier of Victoria for no more than four years of it. 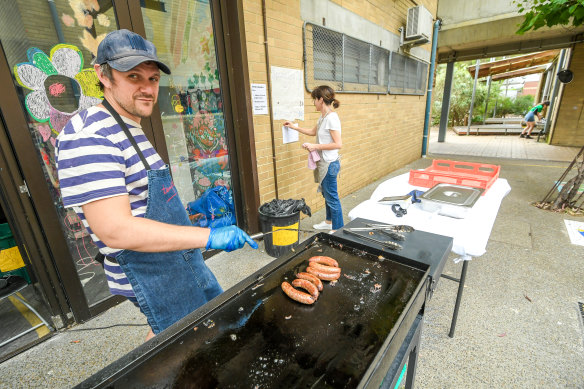 The party once led by Henry Bolte, who lorded it over Victoria for more than 17 years in the second half of the last century, would have diminished to a collection of the disappointed, the angry and, with Matthew Guy likely off the stage if his party doesn’t get over the line, the leaderless.

Labor, of course, could hardly find great cheer in what appeared to be taking shape during early counting.

Dominating the Victorian political landscape until now, and having driven its premier and senior ministers to exhaustion fighting a pandemic, the relatively easy victory presumed for Labor months ago appeared in danger of shrinking to a battle to hold majority government.

The early hours of a poll count, of course, are both a trial of nerves to the combatants and an inexact guide for pundits.

But should the Andrews administration be reduced to minority government, it would not be the end of the world for Labor.

Indeed, a government perceived to have become arrogant might be an improvement if forced to negotiate on legislation. It would have no choice but to become more open to broader views than the Andrews party line, which has proved something of a ball and chain to its reputation during the election campaign.

Minority government, anyway, would be a more palatable option for Labor than an outright loss.

Should the conservative parties fall short, the Liberal hierarchy would be left to digest a near unbearable recent electoral history.

Ted Baillieu, the only Liberal leader to actually win an election in Victoria this century, was allowed just two years and three months as Premier before he was torn down in March 2013 by malcontents.

Denis Napthine occupied the leadership for the remaining year and nine months of that term as a sort of least-worst default option of a divided party.

Now, Guy, having wrested control back from a hapless Michael O’Brien, appears on the cusp of a second electoral loss. Should this prove the case, he will be remembered only for having led his little band of the disheartened up dry gullies.

It cannot be dismissed as mere bad luck for the Liberals that for 18 of the 22 years of the 21st century – and now, possibly another four years of it – Labor governments have ruled in Victoria.

Steve Bracks, John Brumby and most dominant of all, Daniel Andrews, have maintained command over the state for so long that it clearly drives the last Victorian Liberal leader of significance, Jeff Kennett (premier from October 1992 to October 1999), beyond distraction.

Indeed, Kennett, aged 74, became so deluded during this latest election campaign that he claimed he regretted not running as a candidate to ensure Andrews was defeated.

Guy’s followers believed they had the best chance of bringing down the Andrews government by “attacking the Dan”, figuring the Labor premier’s role in locking down Victoria for many months during the pandemic had turned him in the public mind into what the Murdoch media took to calling “Dictator Dan”.

Andrews, however, should he retain government and wish to remain premier for the four years of the new term he appeared last night to be on his way to win, can content himself with the knowledge he would become second only to Bolte in longevity at the top of Victorian politics.