Amusement parks and pizza places!?! ‘Pete has brought a normal sense of fun back into Kim’s life. There is an energy to that and Kim is all about it since it is so different,’ a source tells HollywoodLife.

Kim Kardashian has ditched her favorite five-star restaurants and wardrobe dripping with diamonds in favor of NYC pizza joints and hooded sweatshirts on roller coaster rides! On Nov. 2 — just days after the gorgeous 41-year-old former Keeping Up with the Kardashians star was photographed holding hands with SNL star Pete Davidson, 27, on a roller coaster ride in Los Angeles, California — the two were spotted having a “romantic” dinner on a rooftop at Campania’s pizza place in Staten Island. It sure seems that they are more than “just friends”, as several sources close to the pair revealed to HollywoodLife EXCLUSIVELY that there is a mutual connection and that Kim is “completely smitten” with him!

“She is completely smitten with him and this is escalating. Kim knew that he had something planned but she was completely blown away when she saw what it was,” a source said. “She hasn’t had a man do anything this romantic for her in years since Kanye and Kanye was always trying to win her over with money.” Clearly, however, Pete knows what he is doing in the love department, as the funny comedian allegedly had a ton of beautiful red roses sent to Kim’s hotel room in NYC after their dinner date. “Pete is trying to swoop her off her feet and with the roses and everything and he is doing a very good job at it,” the source said. 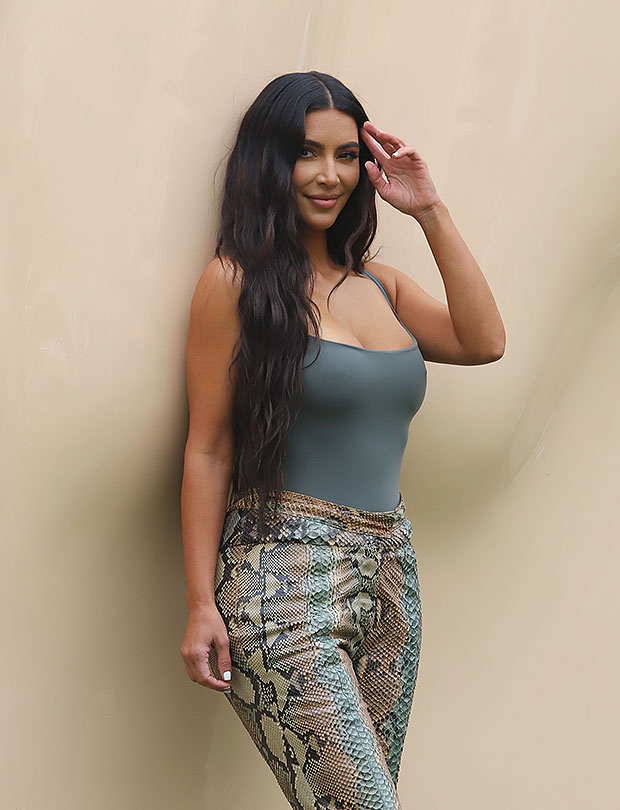 Although Pete has dated a slew of gorgeous and famous women, including Ariana Grande, 27, a separate source insisted that he is just as into Kim as she is into him! “Pete is such a bold and audacious person that instantly turns people on because hanging out with him is such an event in itself. He’s funny, he says and does what he wants and doesn’t really care what people think at the end of the day,” the source said. “There is an energy to that, and Kim is all about it since it is so different. When do you see Kim going to amusements parks or pizza places? Pete has brought a normal sense of fun back into her life and she loves it!” 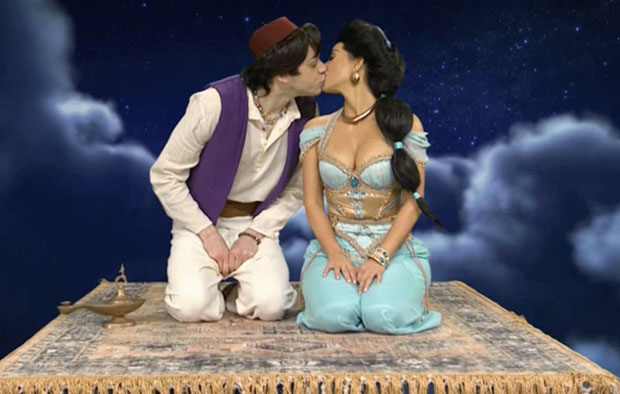 So what’s next for the unlikely duo, whose sparks ignited while Kim was taping her guest star appearance for SNL, which aired Oct. 11? More date nights with Davidson! “They are absolutely looking forward to continue going on dates and she is looking forward to having genuine fun,” the source said. “I think that they both know this is a a fun thing that will go on for how long they want it and they are going to enjoy the ride.” When it comes to minding his manners, the source said that Pete is on top of his game! “Everyone knows that Pete is going to treat her like gold and will do whatever it takes to win her over. Any man would really,” the insider spilled.