Kim Kardashian was photographed during an apparent photo shoot on the beach in Malibu this week wearing a bronze string bikini.

In one shot, the svelte 39-year-old posed seductively on the sand while holding a cocktail. 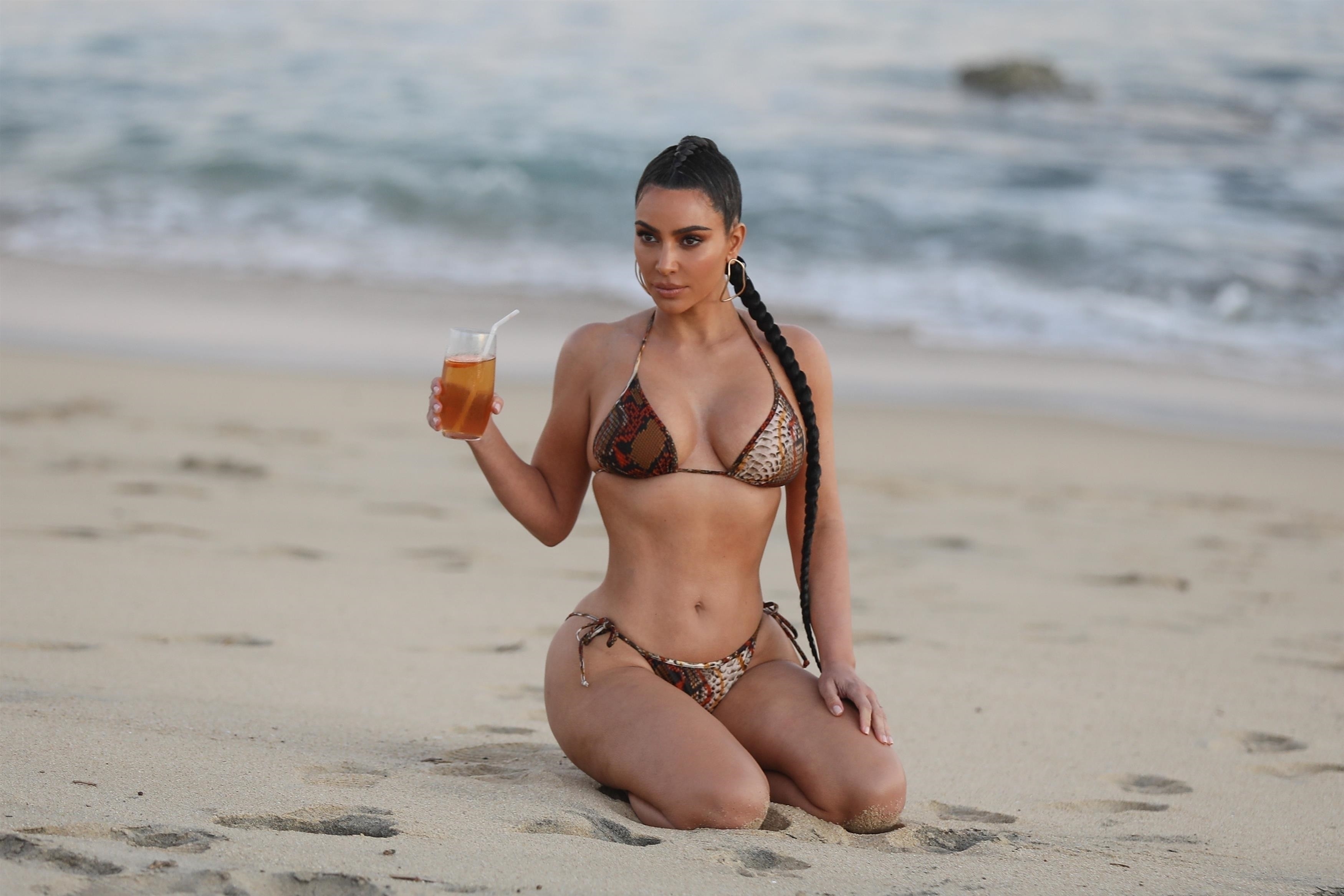 It looks like it’s back to the business of being a mogul for Kardashian, who days ago was on a summer jaunt with her family. The reality star shared two adorable videos of eldest daughter, 7-year-old North, learning how to wakeboard while she laughed and yelled encouragement.

It’s been a stressful summer for the SKIMS founder after her husband, Kanye West, launched an erratic bid to become president. In a campaign rally speech, the controversial rapper divulged that he and Kardashian had considered abortion when she was pregnant with North. He also went off on her family via social media.

This prompted the “Keeping Up with the Kardashians” star to post a plea about West and mental illness.

She wrote: “As many of you know, Kanye has bi-polar disorder. Anyone who has this or has a loved one in their life who does, knows how incredibly complicated and painful it is to understand.

“I’ve never spoken publicly about how this has affected us at home because I am very protective of our children and Kanye’s right to privacy when it comes to his health. But today, I feel like I should comment on it because off the stigma and misconceptions about mental health.”