It may have been Kyle Richards’ daughter’s big day, but Kim Richards stole the show.

The “Real Housewives of Beverly Hills” alum, 57, debuted a glam new look at Portia Umansky’s bat mitzvah on Saturday, much to the surprise of fans.

Party guest Guilmer Alexander Mancia shared a snap with a youthful-looking Kim on his Instagram page that quickly made the rounds on Twitter, where fans took note of a change in her appearance.

“either she’s had sone [sic] amazing work done or that’s a great filter!!” one fan responded to Queens of Bravo’s tweet.

“For the first time i can see resemblance between her and Kyle. She looks great though 😍,” another fan wrote.

“omfg give queen kim her diamond back asap 😍😍😍 coming to end LIPSA once and for all,” a third tweeted.

She also made an appearance at the network’s 2019 BravoCon convention.

Now, the Richards’ half-sister, Kathy Hilton, is making a name for herself on the series.

However, it appears Hilton, 62, did not attend the bat mitzvah, so fans should not expect to see a recent family photo of the sisters. 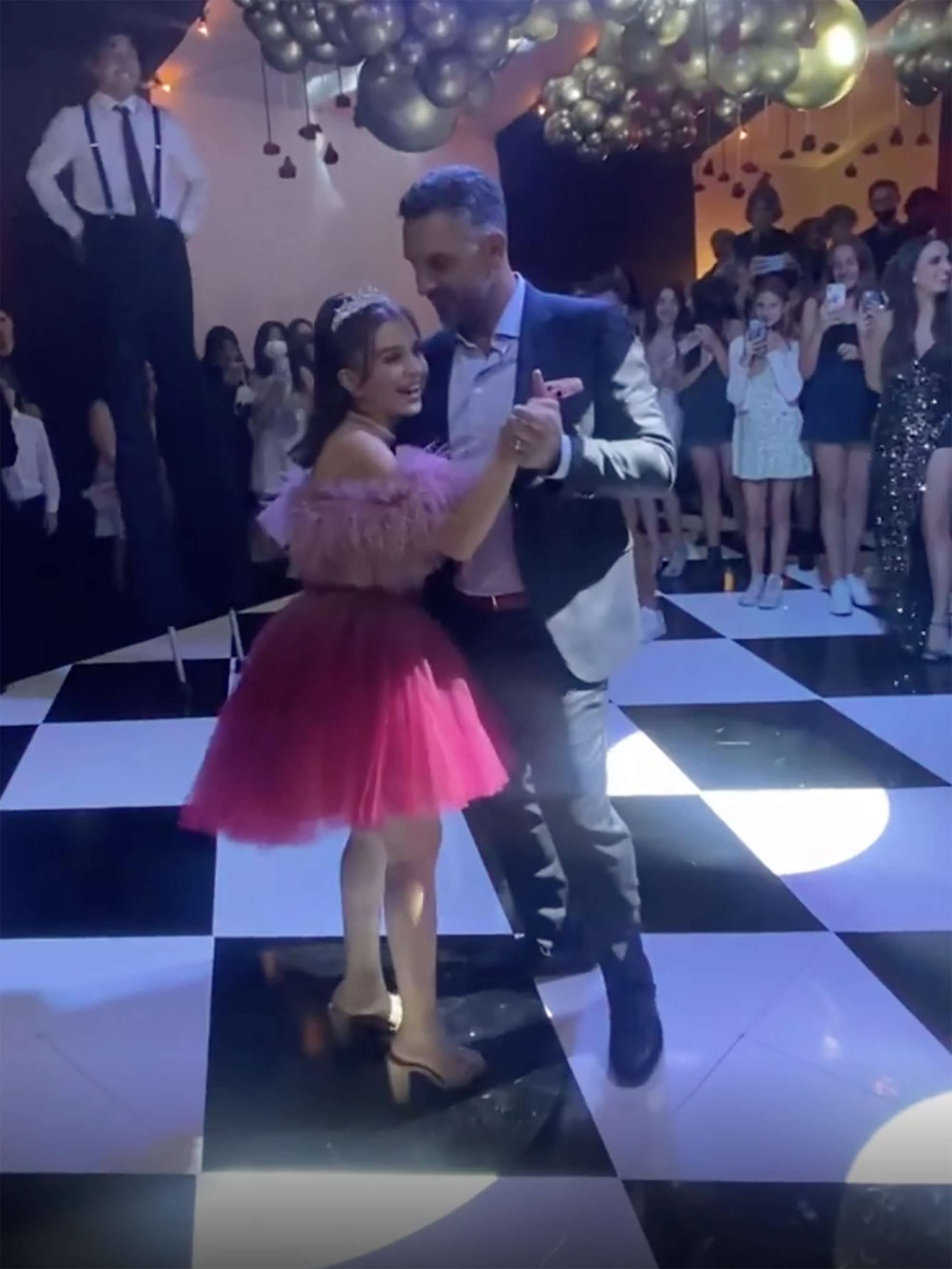 Kyle and Hilton may be on the outs again after they infamously feuded in the 2010s when Kyle’s husband, Mauricio Umansky, left his job with Kathy’s husband, Rick Hilton, to start his own real estate brokerage, The Agency.

Kyle, Mauricio, 51, and two of her daughters were disinvited from Nicky Hilton’s 2015 wedding to James Rothschild as a result of the fight, with Kyle telling Page Six at the time, “The thing is, unfortunately, it was highlighted on the show, and that’s the downside of being on a reality show. We go through things, but we’re fine and we love each other.”

The half-sisters also discussed their estrangement on the current season of “RHOBH,” with both saying they were glad to be in a better place again.