Apparel and accessories brand Knickerbocker has set down roots in New York City, opening its first flagship at 357 Canal Street.

The 1,300-square-foot store designed by Knickerbocker creative director Andrew J. Livingston and photographer and industrial designer Sean Davidson features a steel frame exterior painted “Knickerbocker Green” as a homage to New York City’s street signs and carries the brand’s apparel and accessories. In addition, the store is home to the Knickerbocker Bookstore that will offer a new selection of books curated by Press, and a vintage section from Brian M. Davis of Wooden Sleepers. A Gregory’s Coffee cart will be stationed outside of the store as well.

“Between the weather and people getting vaccinated, we felt it was the right time to open,” said Knickerbocker chief executive officer Eitan Braham. “Tourism isn’t back yet, but we’re excited to be open and be part of this wave of things getting better.”

Knickerbocker was founded in 2013 after a Kickstarter campaign. Although the brand experienced difficulty at the beginning of the global pandemic, Braham said, “luckily we got through it relatively unscathed thanks to its online capabilities.

“It seems like fashion as a sector got through this thing without being demolished like other industries, because we can sell online,” he said. “We still grew and we took the opportunity to help friends that couldn’t really operate.”

One of those friends was Brooklyn bakery Nick + Sons Bakery, which the brand supported with a “Heart of New York” T-shirt launch with all proceeds going to the bakery. 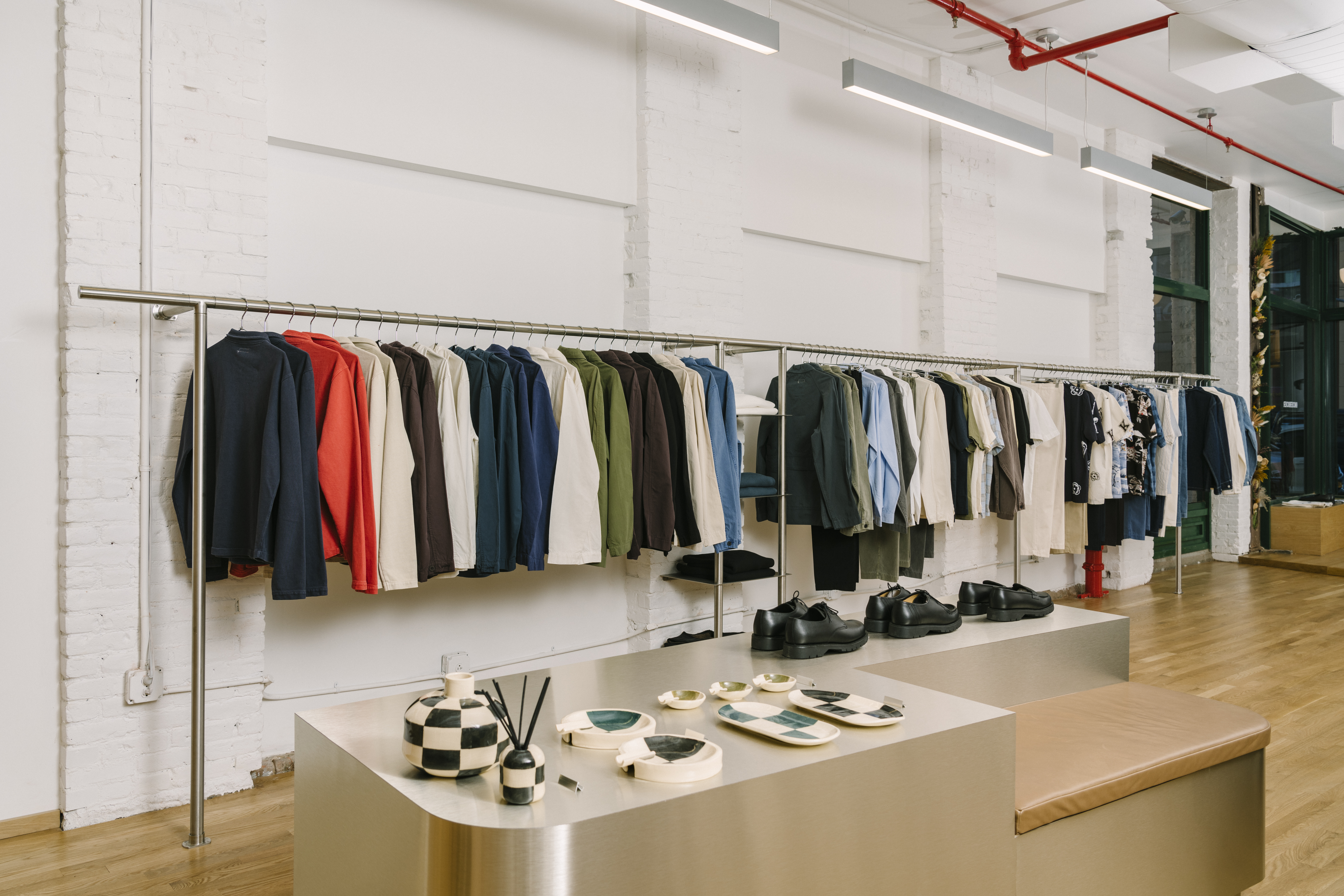 Inside the Knickerbocker flagship in SoHo. Sean Davidson

Its wholesale business was impacted, however, growing only 10 percent, which is small compared to years of doubling that end of the business through showroom partners in Paris, New York and Japan that landed the brand in retailers and websites such as Fred Segal and East Dane.

Prior to the start of lockdown, Knickerbocker opened a 10-day pop-up in collaboration with The New York Times and Appear Here in the same location in September 2019 that was a success, according to Braham. The company began negotiating a permanent lease in January 2020, but that was halted due to the pandemic. They reassessed the deal and signed a 10-year lease for the space.