The “Keeping Up With the Kardashians” star, 42, snapped a selfie with a fan and her boyfriend Travis Barker’s daughter, Alabama, while at Disneyland on Sunday, but it was her Minnie Mouse ears that drew all of the attention.

In the photo, reposted by “Not Skinny But Not Fat” podcast host Amanda Hirsch, Kardashian wore a pair of bridal ears complete with a veil instead of the Disney character’s typical ears, which Alabama, 15, donned.

Fans immediately began to speculate whether the reality star was hinting at an engagement or even marriage to Barker, whom she started dating in January. 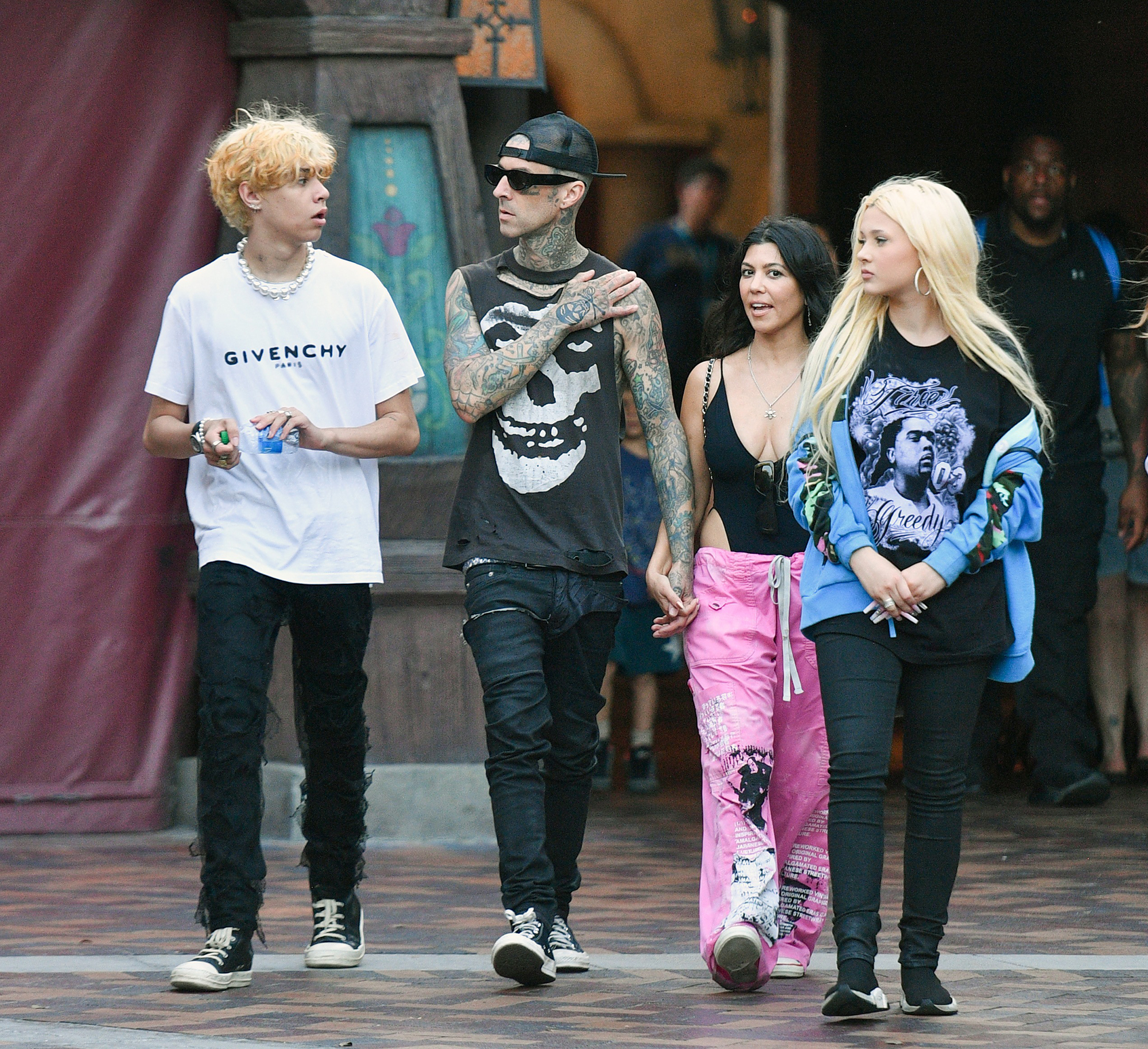 “Usually you wear that when your [sic] a bride at Disney either pre wedding or post for honeymoon 👀,” one follower commented.

“No Disney fan wears the bridal gear unless there’s a reason 👀💎,” another speculated.

A third fan noted that the bridal ears may have belonged to the fan in the photo and that the Poosh founder was just trying to “ruffle all the feathers.” Their theory tracks because Kardashian was photographed without the headline-making accessory throughout the rest of the day. 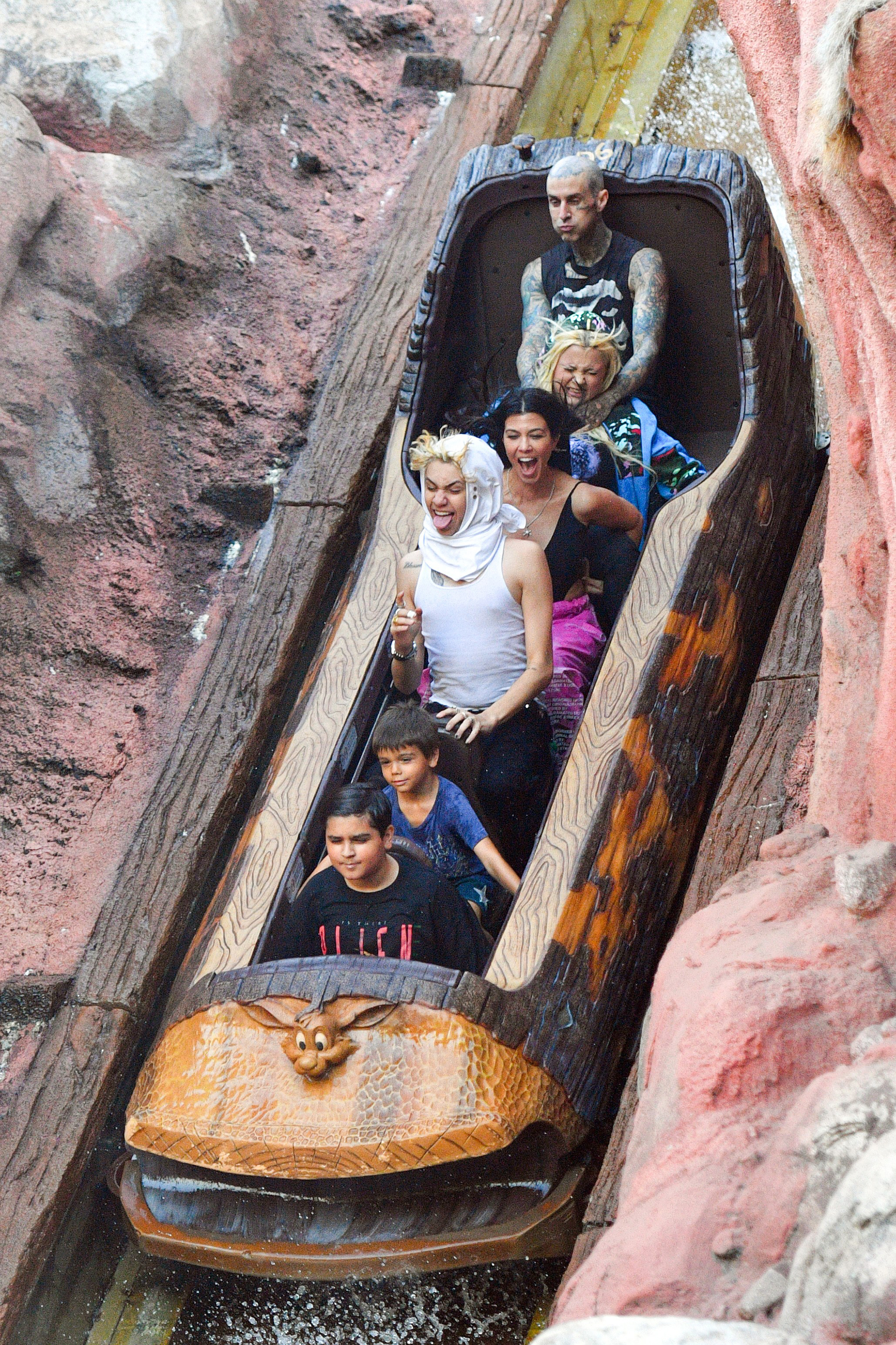 Kardashian was spotted holding hands with Barker, 45, as they toured the park with Alabama and his 17-year-old son, Landon, whom he shares with ex-wife Shanna Moakler. The former E! personality’s sons, Mason, 11, and Reign, 6, whom she shares with ex-boyfriend Scott Disick, were also present, but her 8-year-old daughter, Penelope, was not.

The group looked like one big happy family during their Fourth of July outing as they rode the log flume and walked around Disneyland with a guide. At one point, the Blink-182 drummer even carried Reign on his shoulders.

The family-friendly trip was one of the few in which the musician and the former E! personality kept their PDA to a minimum. In the past, they’ve been spotted straddling each other, making out and, at one point, Kardashian publicly sucked her boyfriend’s thumb.

She’s come a long way since not allowing her family to discuss her boyfriends on their reality show.