IF you've got a sweet tooth, we've got news of an exciting new collaboration that will have you rushing to the shops. 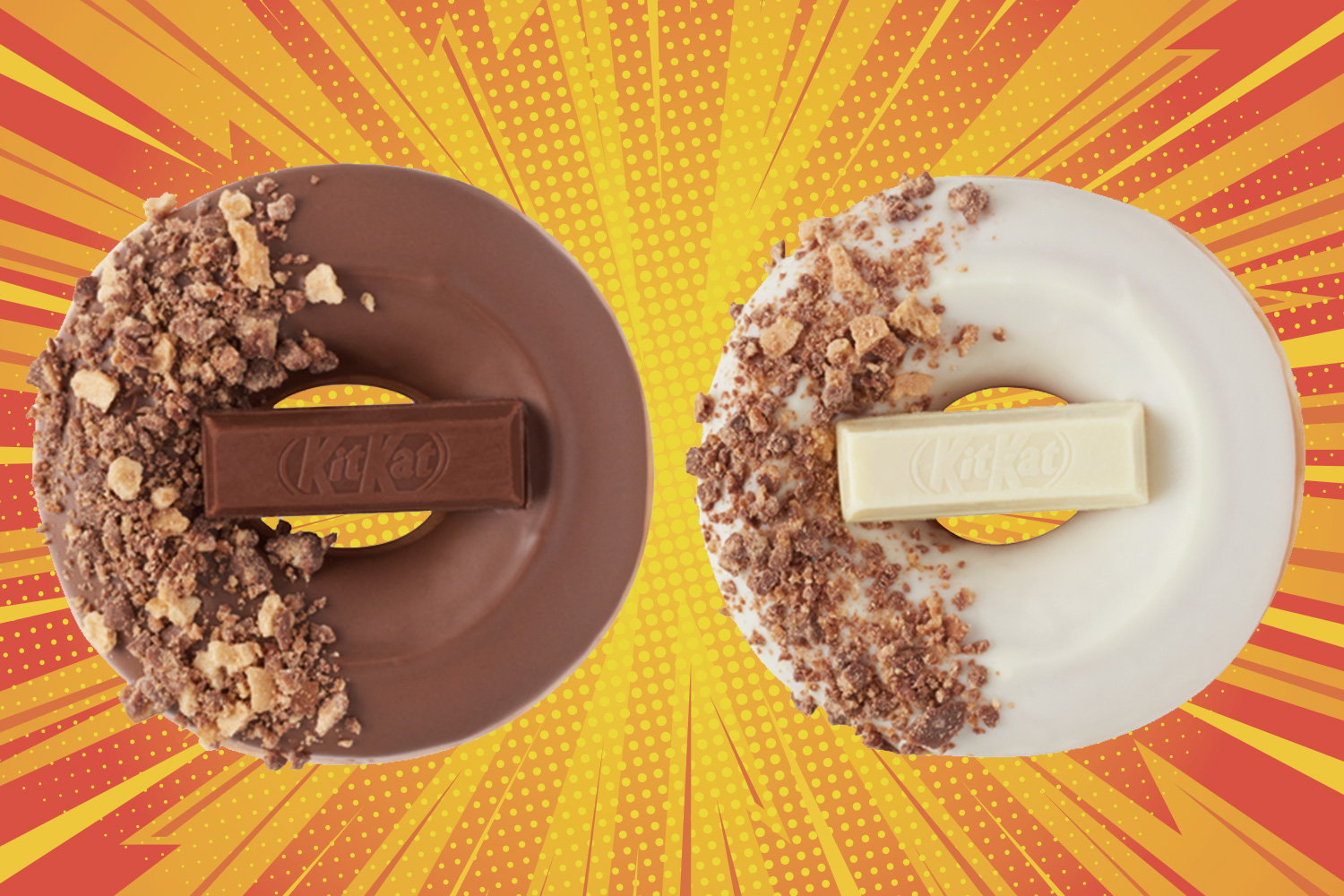 Both are dusted with crushed KitKat pieces and finished with an iconic KitKat finger.

The doughnuts will cost £1.90 each and will be available in participating Tesco stores and Krispy Kreme stores in central London.

You can get a twelve box of original glazed for £9.95, which works out at 83p a doughnut.

A sharer dozen, which comes in a variety of flavours, costs £12.45.

The new KitKat-flavoured doughnuts are limited edition and will only be available from Monday August 26 till October 13.

But if you live near a Krispy Kreme drive thru theatre, you'll be able to get one at midnight tonight – before they hit the shelves tomorrow.

Even better, the first twelve drivers in the queue will get a complimentary limited edition box.

The person who's first in each queue will also get an exclusive super-sized KitKat box – shaped like a classic two finger KitKat bar – full of the new doughnuts.

Both Krispy Kreme and KitKat have been hinting that the doughnuts were coming our way on social media for a while now.

Fans have been excited about the potential new launch.

Terri tweeted: "Kit kat Krispy Kreme would be sooooo delicious!!!!! Do it!!!!"

Neil added: "A Kit-Kat Krispy Kreme doughnut you say…? Yeah I think I might just give that a go…"

Cadbury’s new range includes a WHITE chocolate bar – and you can buy them at Asda.

While a savvy shopper spots Thorntons chocs worth £7 reduced to just 50p.

And Snickers has launched a new ‘Crisp’ chocolate bar stuffed with rice crispies – and you can get it in Nisa.