Lily Collins, who stars as the eponymous heroine in Netflix’s Emily In Paris, has admitted an error was made.

Netflix’s Emily In Paris has gone down an absolute treat with viewers, despite being a) panned by some critics, and b) loathed by actual French people.

Why? Because it’s fun, and frothy, and sweeter than a pain au chocolat, of course. Because the fashion is beyond beautiful. And because, yeah, it offers us an escape from our Covid-stricken real world.

However, while the TV series, created by Sex And The City writer Darren Star, has more than fulfilled our need for fantasy, there are those who have criticised it for being “unrealistic” at times.

Netflix's Emily In Paris is just the fashion tonic you need

For those who have yet to binge the entire show (and who are you, really?), Emily is a 20-something social media expert from Chicago who moves to Paris after being offered a dream job with Savoir, a French firm her company acquired.

Cue culture clashes and romantic interludes aplenty. Oh, and standout fashion moments, of course, because Emily boasts the wardrobe of a young, extremely wealthy heiress… despite being a junior marketing executive.

And a 22-year-old junior marketing executive at that, according to Collins. 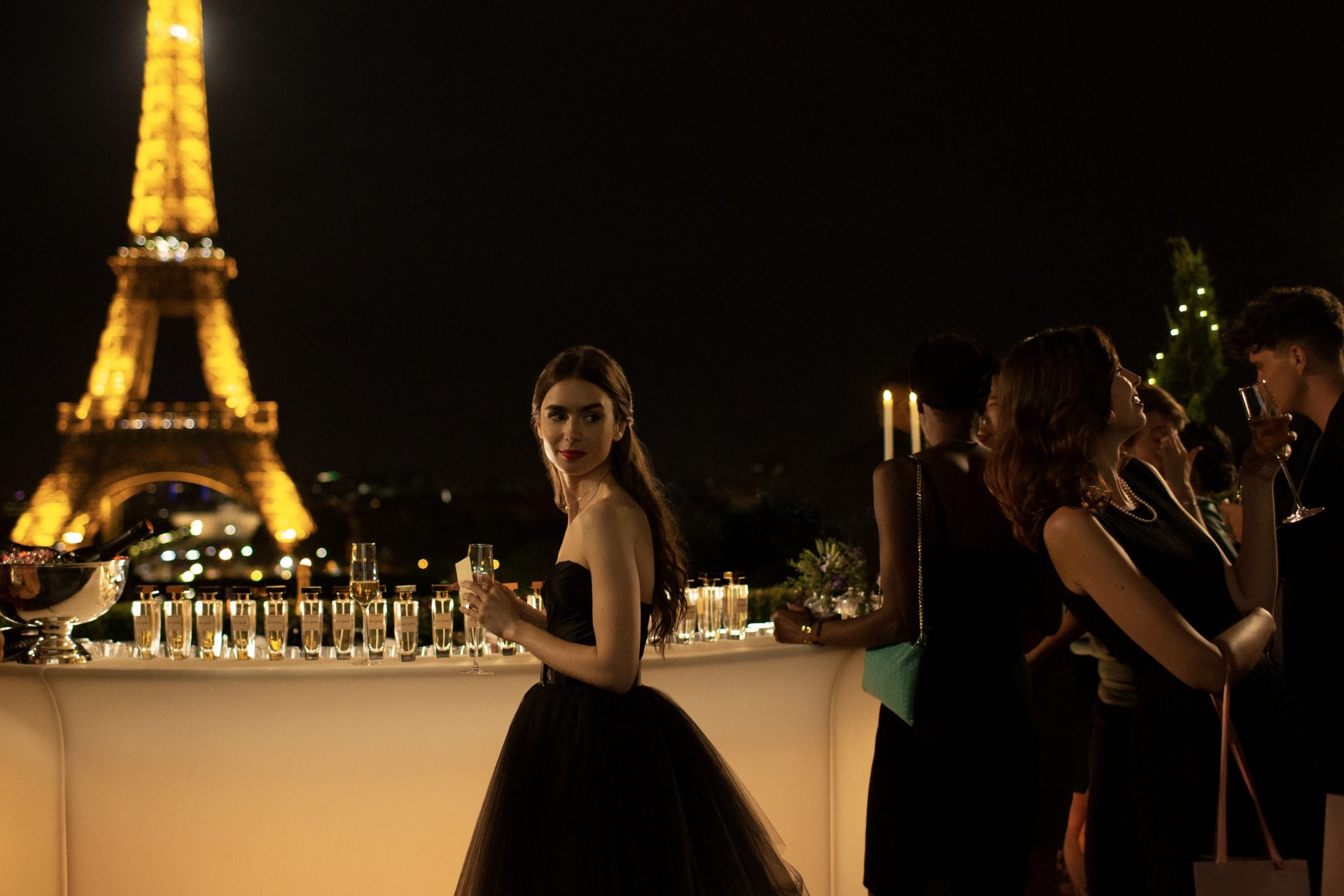 “I don’t believe we’ve ever given her a specific ‘number’ for her age, but I believe that she’s pretty fresh out of college. Maybe this is her first year after graduation. I want to say she’s like, 22-ish,” Collins said, as per The Independent.

However, Emily is supposed to have completed at least an undergraduate degree and a masters – which would typically require another one or two years of study.

Plus, she’s been working in Chicago for at least a year. Probably longer, though, as she’s had enough time to prove her social media prowess to those in charge (that’s why decided to ship her off to Paris in the first place, right?).

The Trial Of The Chicago 7: the true story behind the gripping Netflix film

It wasn’t long before fans got wind of Collins’ comments and took to Twitter to shut down her “unrealistic” opinion.

Another added: “A brief aside here, but if Emily of Emily in Paris is really 22 as the show claims, then somewhere along the line she skipped two years in school to get that masters degree in social media strategy.

“I know there’s a lot of controversial things going on right now but Emily in Emily in Paris is supposed to only be 22?! Come on now,” said another.

One more tweeted: “The circumstances for Emily in Paris keep getting more cuckoo.

“At 22 I was not being offered jobs in Paris. I was waking up at 6am to throw up after going out on a Tuesday night and panicking to try and find the dress pants I could wear to work that smelled the least like cigarettes.”

“Loved Emily in Paris and think Lily Collins is a delight, but PR and marketing hopefuls PLEASE know a job like Emily’s at 22 (any age?) is its own escapism,” the reassuring tweet reads.

“And don’t get down on yourself when you’re 23 and haven’t been asked to take over your boss’s job while she’s on maternity leave.”

Thankfully, it seems Collins is every bit as much of a social media pro as her onscreen persona.

Taking the criticism in her stride, she has taken to Twitter to acknowledge her error with a brilliantly self-deprecating tweet.

Alongside a photo of Emily pulling a confused face, Collins wrote: “Emily looking at me when I get her age wrong.

Emily In Paris is streaming on Netflix now.