Billie Eilish and Kim Kardashian have this corset in common

What happens in the Hamlin family hot tub doesn’t stay in the the hot tub.

When Amelia Hamlin, 20, caught her parents Lisa Rinna and Harry Hamlin skinny dipping in the hot tub she did what any sensible person would do — she took a photo of them and posted it on her Instagram story.

“I just caught my parents skinny dipping in the hot tub and idk if I’m traumatized or like if its [sic] cute,” she wrote as the photo’s caption on Saturday.

The photo, which was taken from afar, shows Rinna, 58, and Hamlin, 69, leaning over the edge of a hot tub looking straight at Amelia’s camera. Though you can’t see their nude bodies, Rinna is wearing a large brimmed hat while her husband left on his jewelry for the dip.

The family of three are currently vacationing together at a lake house, according to several social media posts. 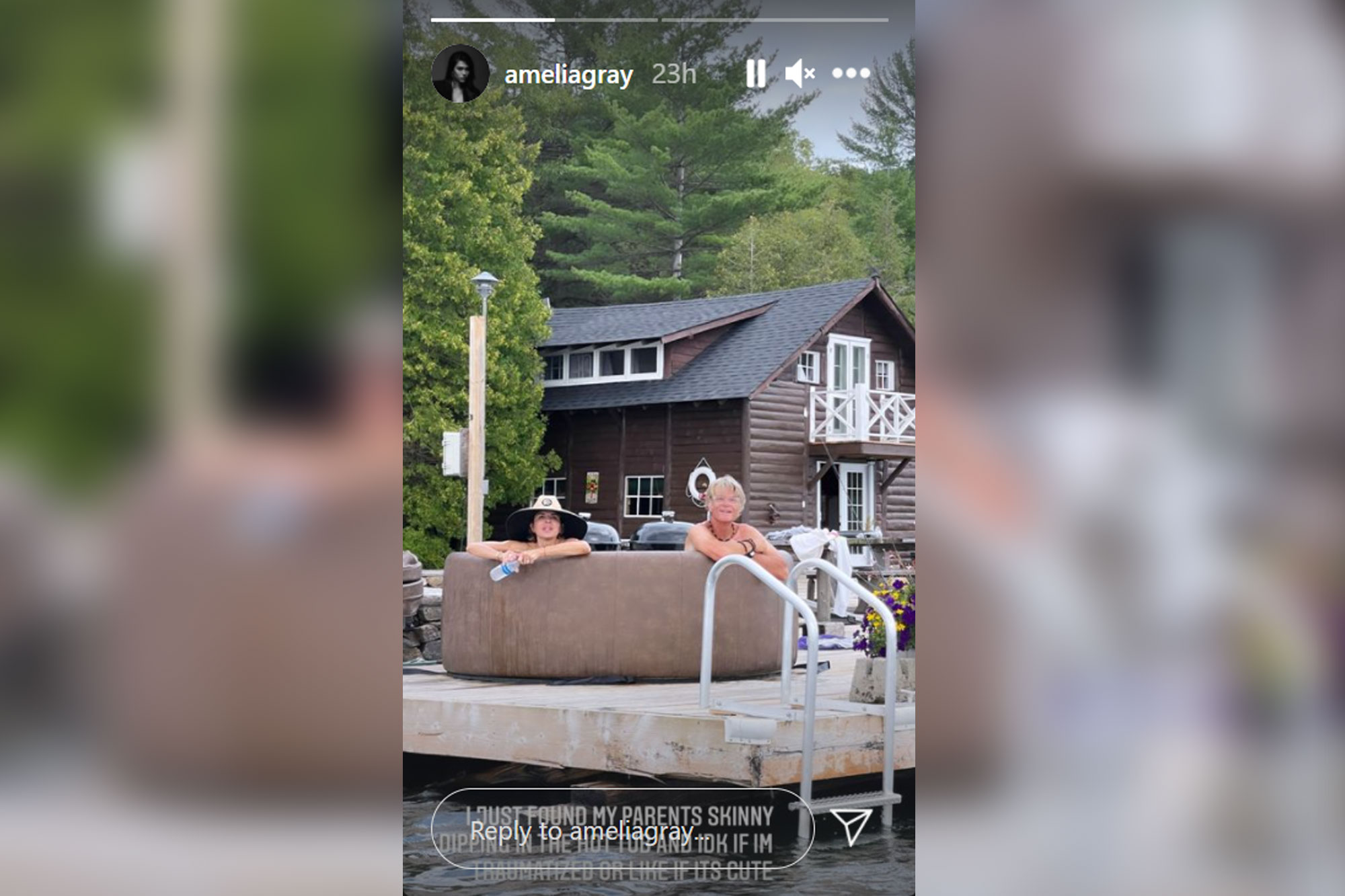 On a recent episode of “Real Housewives of Beverly Hills,” Rinna questioned her daughter’s relationship with Scott Disick who at 38 is 18 years older than Amelia.

“Why can’t it be Harry Styles?,” Rinna asked, adding, “Why the f–k is it Scott Disick?”

Of course it wasn’t the first time The Rinna Beauty founder had a negative reaction to Amelia’s relationship, which started in October 2020 before the couple made things “official” on Instagram on Valentine’s Day.

Rinna described learning about Amelia and Disick’s relationship as a “what the f–k moment” during a June episode of “RHOBH.”