All the rumors are true: Lizzo has arrived.

The singer, who just released her new single “About Damn Time,” stunned on the red carpet of the 2022 Met Gala in a Thom Browne gown.

In an exclusive clip from Vogue, Browne revealed the black silk satin dress took 1,200 “man hours” of the golden hand embroidery, which came to a grand total of 22,000 hours.

It was an “old, dress-making way of creating something,” Browne said. “It’s one of the most beautiful things I have done for someone,” he continued. “It’s something worthy of someone has special as Lizzo.”

The “Juice” singer also brought along her signature flute as an accessory piece, an homage to her incredible wind instrument skills. 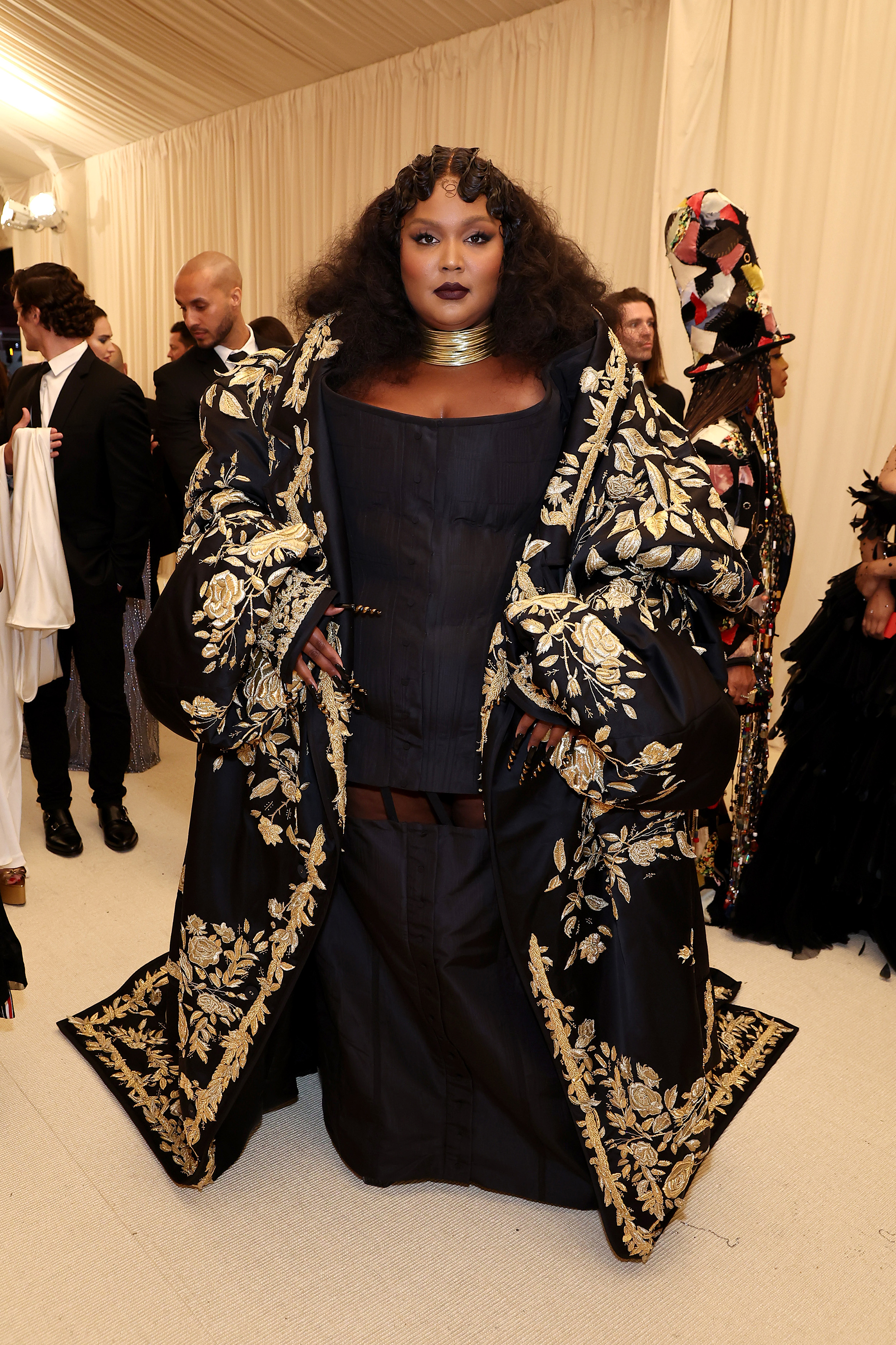