A change of plans. Lorde was initially announced as one of the highly anticipated performances at the 2021 Video Music Awards, but MTV confirmed that the “Solar Power” singer’s set was canceled.

Everything to Know About the 2021 MTV Video Music Awards

“Due to a change in production elements, Lorde can no longer perform at this year’s show,” the official VMAs Twitter account announced Friday, September 3. “We love Lorde and cannot wait for her to perform on the VMA stage in the future! 💛”

The songstress, 24, has not acknowledged the change of plans yet, but it isn’t the first time Lorde has had trouble with her VMAs performance.

In 2017, the “Green Light” singer caught the flu but was determined to go on. Instead of singing her single “Homemade Dynamite,” she did an interpretive dance while the recorded track played. Fans were puzzled by the choice.

“It’s sort of embarrassing to watch someone experience intense joy,” Lorde said during a September 2017 appearance on the “WTF with Marc Maron” podcast. “I think that’s why people find what I do quite disconcerting. People got, like, so angry about me performing at the VMAs. I just danced. I just danced! And I danced with full f–king joy. Some people were like, ‘We get it, we love it.’ And some people were like, ‘This is offensive that I have to watch this.’”

She is up for one VMA this year, best cinematography for her “Solar Power” music video. 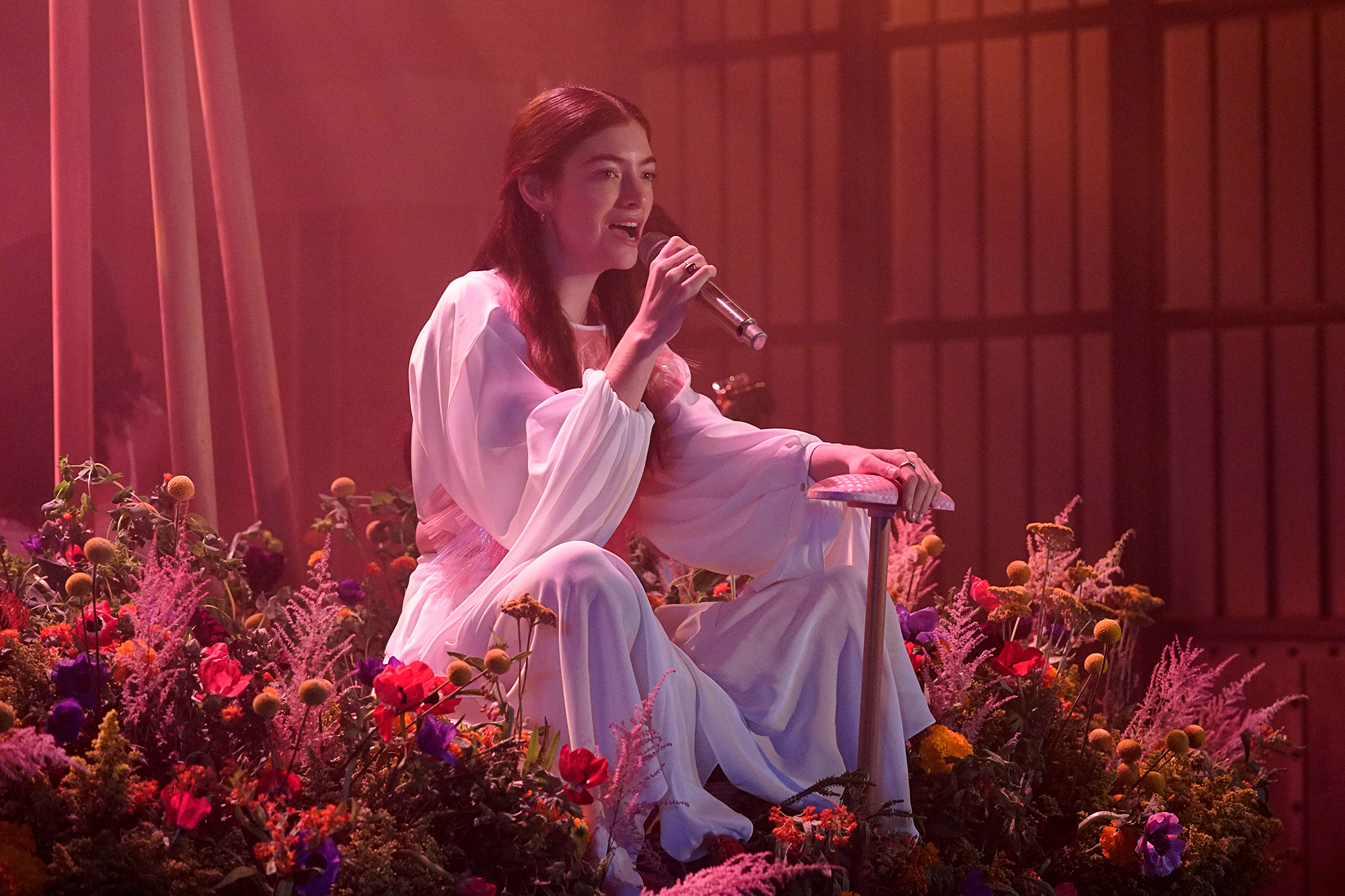 Lorde was announced as part of an all-star VMAs lineup last month. Though the New Zealand native, born Ella Marija Lani Yelich-O’Connor, has dropped off the bill, other stars are set to rock the Barclays Center stage in Brooklyn.

Camila Cabello, Lil Nas X, Machine Gun Kelly and Olivia Rodrigo — all of whom were announced in the initial round of performers alongside Lorde — are still set to sing. Kacey Musgraves, Chlöe Bailey, Shawn Mendes and Twenty One Pilots have also been added to the lineup. Host Doja Cat, of course, will also perform for the VMAs audience.

Justin Bieber is the latest addition to the slew of stars playing MTV’s biggest show. The “Peaches” singer, 27, hasn’t performed on an awards show since the Billboard Music Awards in May 2016. He hasn’t visited the VMAs since August 2015 when he sang “Where Are Ü Now” and “What Do You Mean?” for the Los Angeles audience.