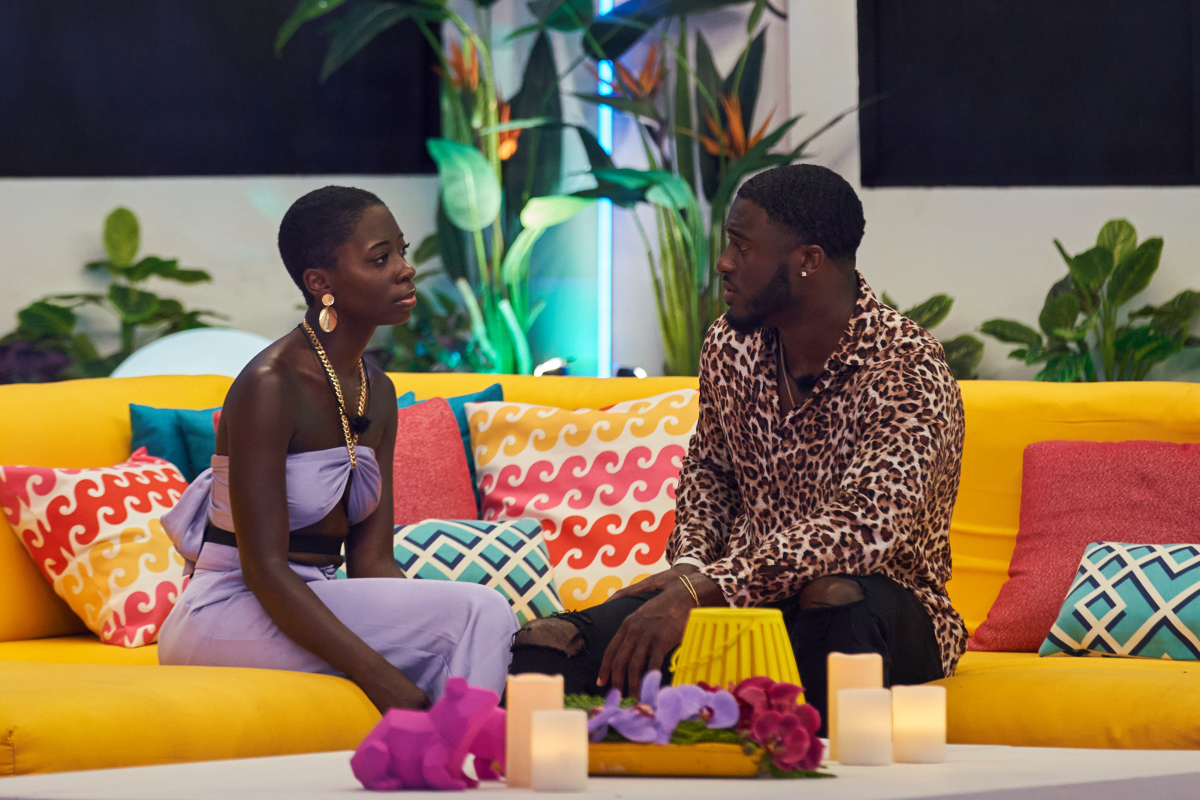 Is the love triangle finally over? It seems to be! Cashay Proudfoot and Melvin “Cinco” Holland Jr. are spending time together following their respective exits from season 3 of Love Island.

“I’m on my way back to my hometown and guess who I ran into?” Cash, 25, said in an Instagram video on August 8, showing her and Cinco, also 25, laughing together at the airport. “We finally saw each other. … Thank you guys so much for all the support and all the messages. We’re figuring it out but no pressure, please. We’re just chillin’ and we’re gonna see what happens.”

Throughout the course of season 3 of the CBS reality show, Cinco and Cash had an on-off relationship. After initially coupling up, he decided he wanted to instead pursue Trina Njoroge. After Cash let him know that she still had feelings for him, he reconsidered his choice, later telling Trina, 24, he still wanted to pursue Cash. 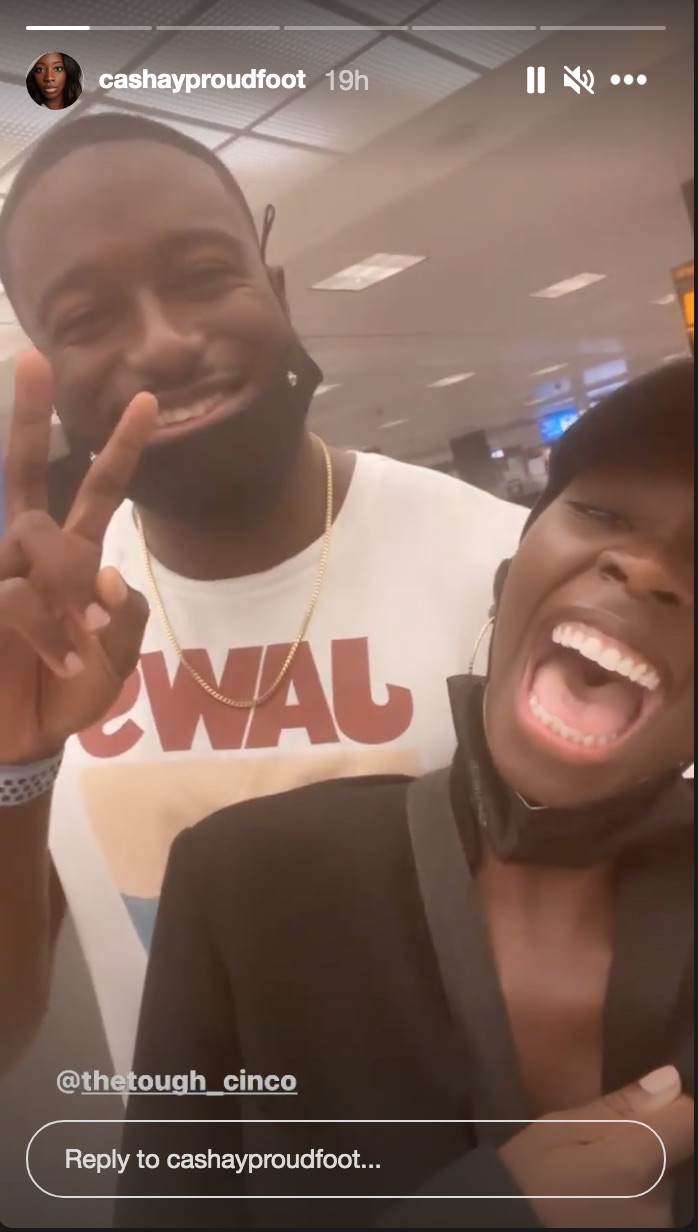 Ultimately, the Brooklyn native decided to focus on a relationship with Charlie Lynch, and Cinco was sent home from the island on day 25, during the August 1 episode.

In turn, Charlie, 30, couldn’t get over how upset Cash was about sending Cinco home, and even though she ultimately chose him, he did the opposite, connecting with newcomer Alana Paolucci. During the Friday, August 6 episode, Cash was sent home.

On Sunday, August 9, Love Island shared a video of the original cast members reuniting via Skype following her exit. Cinco told her to hurry back to New York so he could hop on a train to visit her from D.C.

“I actually have a two-hour layover in D.C.,” she told him of her flight — which is what fans saw via Instagram hours later. Cashay also opened up to him during the video reunion, sharing that she spent her last three days in the villa thinking about him.

“All the girls were like, ‘Girl, go get Cinco,’” she admitted. “That’s what it came to. It’s always been you.”

He replied, “I’m excited to hang with you again. Obviously, we got some conversations we have to have. But, no, I’m looking forward to it.”

As shown on their Instagram Stories, the duo didn’t just reunite at the airport but seemingly are now together at one of their homes. In the last video shared by Cash, they are in a bedroom together.

Additionally, Javonny Vega, who was in the house until day 16, shared a screenshot of himself FaceTiming with the pair.