Ringing in the new year with a new rock. Tom D’Agostino and Danielle Rollins got engaged on Friday, December 31 — five years after he married Luann de Lesseps on New Year’s Eve.

Stars Who Got Married on New Year’s Eve Over the Years: Kate Hudson, Maria Menounos, More

“Woke up like this,” Rollins wrote alongside a picture of her and 55-year-old D’Agostino’s hands. The interior designer was wearing a ring featuring a large sapphire surrounded by smaller diamonds on her left hand in the snap. 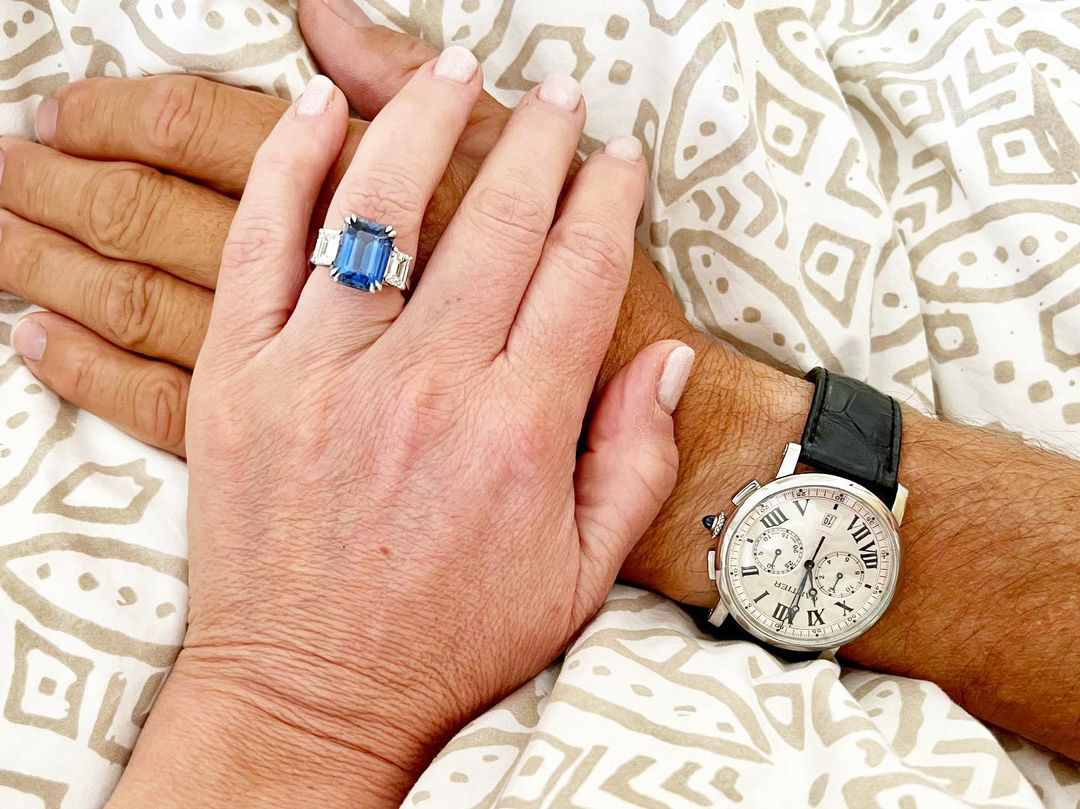 Designer Sarah Bray-West attended the party that Rollins hosted in honor of D’Agostino’s birthday, which falls on December 31. Bray-West shared a photo via her Instagram story of D’Agostino on one knee while proposing to his new love. “She said yes!!! Congrats @danielledrollins @tomdagostinojr,” the partygoer shared.

The businessman married the Real Housewives of New York City star, now 56, on the same date in 2016. Us Weekly confirmed at the time that de Lesseps wed D’Agostino Jr. in a New Year’s Eve ceremony in Palm Beach, Florida, the same city where D’Agostino proposed to Rollins. The 2016 ceremony included RHONY’s Dorinda Medley as a bridesmaid as well as Bravo alums Jill Zarin, Cynthia Bailey and Kelly Bensimon. 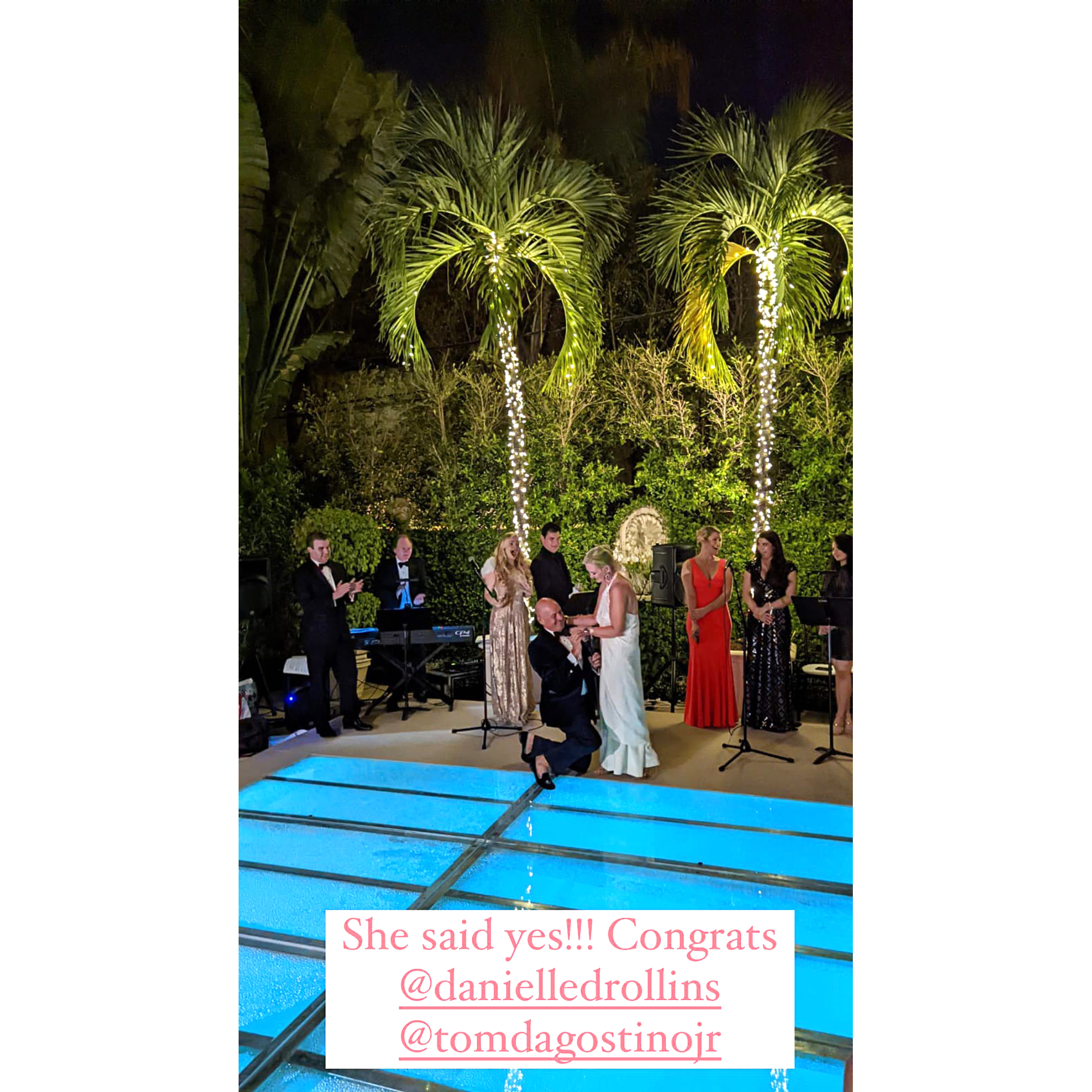 However, that wasn’t the beginning of the couple’s happily ever after. Seven months later, the pair announced their split. “It’s with great sadness that Tom & I agreed to divorce,” the former countess wrote on Twitter in August 2017. “We care for each other very much, hope you respect our privacy during this sad time!”

D’Agostino moved on with Rollins several years ago. In a post prior to their engagement, the bride-to-be revealed that this is their fourth New Year’s/birthday celebration together.

De Lesseps, meanwhile, has dated trainer Garth Wakeford and retired athlete Radamez Rubio Gaytan in the years since their split.

In May 2018, nearly a year after announcing their split, the Bravolebrity said she had no regrets about their marriage.

“I’m a hopeless romantic. I’m not afraid to love. And I married and I don’t regret anything,” she exclusively told Us Weekly at the time. “It was something I had to do and I loved [D’Agostino]. I did love him. It just didn’t work out. It happens.”

In January 2019, she told Us that she remains open to marriage in the future.

“Would I get married again? Why the hell not?” she said. “Why not? If I fell in love again, why not? I mean, I’m not gonna jump as quickly as I did the last time. I think I’ll take more time this time.”

De Lesseps was previously married to Count Alexandre de Lesseps from 1993 to 2009. They share daughter Victoria, 27, and son Noel, 24.