It’s just the latest addition to Zuckerberg’s collection of properties in the western US — he also owns properties in Palo Alto, San Francisco, and the Hawaiian island of Kauai, making Tahoe his fourth location.

Collectively, Zuckerberg has purchased 10 properties, though he has a knack for also buying surrounding properties to ensure his privacy — he bought four homes surrounding his main Palo Alto residence and a stake in a beach adjacent to a plantation he purchased in Kauai.

Zuckerberg’s also known for getting embroiled in a bit of real estate conflict — there was a dispute over the landlocked parcels on the plantation, and neighbors reportedly weren’t pleased with the effects of Zuckerberg’s year-plus renovation on his San Francisco townhouse. 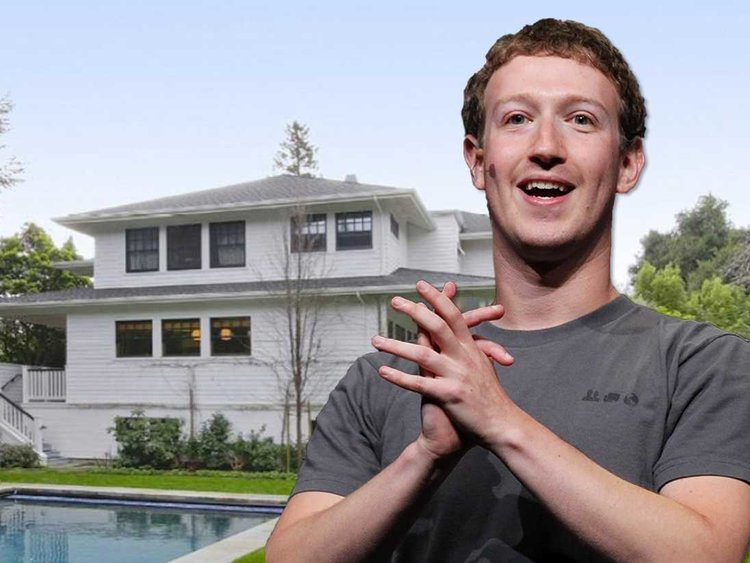 He purchased the Crescent Park neighborhood home in May 2011 for $7 million, Business Insider’s Tanza Loudenback reported. He’s since tricked it out with a “custom-made artificially intelligent assistant,” according to CNBC.

Compared to Zuckerberg’s $71.5 billion net worth, the five-bedroom, five-bathroom home is quite modest. Architectural Digest described it as a “‘no frills’ abode” that chooses function over extravagance. Outside, it features a big backyard, pool, and lush, detailed landscape. Inside, there is a spacious kitchen and plenty of windows allowing for sunlight. He spent more than $43 million on these properties, reported Katherine Clarke of the Wall Street Journal, citing public records. After leasing the homes back to their former owners, he planned to demolish and rebuild them in 2016.

According to Claudine Zap of Realtor, city officials didn’t approve this plan, and Zuckerberg filed a new plan that allowed him to renovate two of the homes and rebuild the other two as single-story homes, creating a sort of compound. 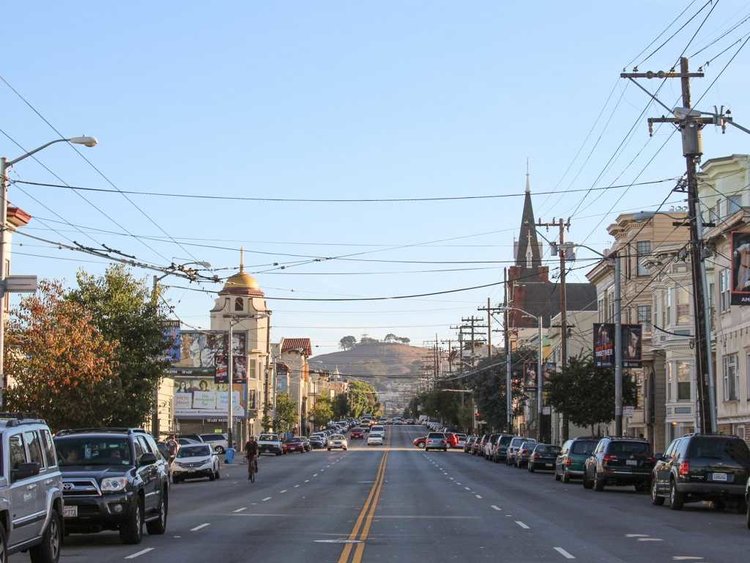 He reportedly bought the home for $10 million in 2013, according to SF Gate. The house, which dates back to 1928, is on a 9,800-square-foot lot and features 70 square feet of sidewalk frontage, according to Clarke.

According to Google Maps, it’s located between Noe Valley and the Mission District in Dolores Heights on 21st Street. 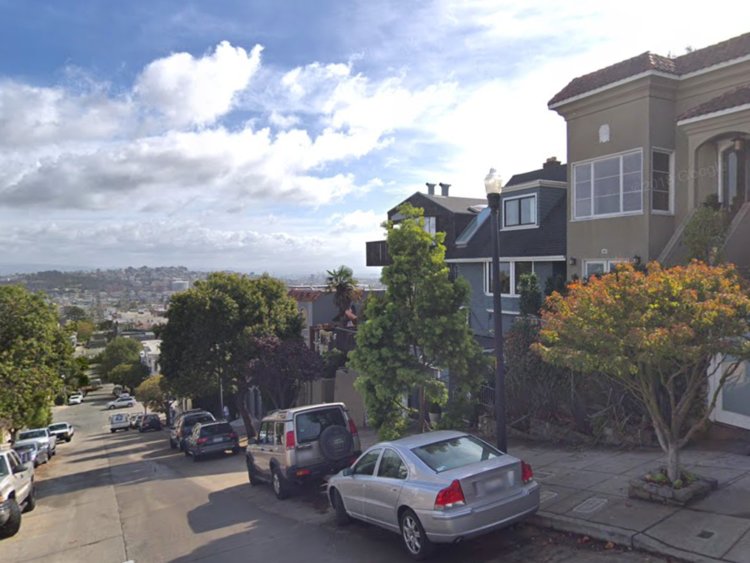 Compass real estate agent Natalie Hatvany Kitchen told Clarke it’s “a slightly grittier area and certainly not where you’d expect to find someone of his wealth and stature.”

The townhouse became a fixer-upper, with Zuckerberg spending more than $1.6 million in renovations. 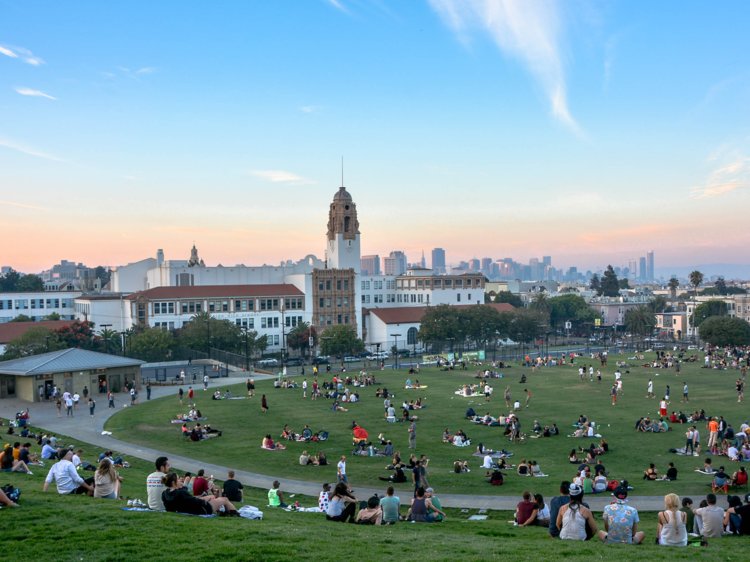 Zuckerberg spent an estimated $65,000 remodeling the kitchen and a bathroom, according to SFGate. He also added a new media room, wine room, and greenhouse — the latter reportedly cost $60,000.

The renovation took 17 months, according to Lamar Anderson of Curbed, and left neighbors with torn-up sidewalks and no street parking. Neighbors reportedly sent around a letter complaining about his illegally parked SUVs, reported Clarke.

In 2014, Zuckerberg’s real-estate portfolio expanded to the Pacific with a $100 million splurge on two properties on Kauai Island in Hawaii. 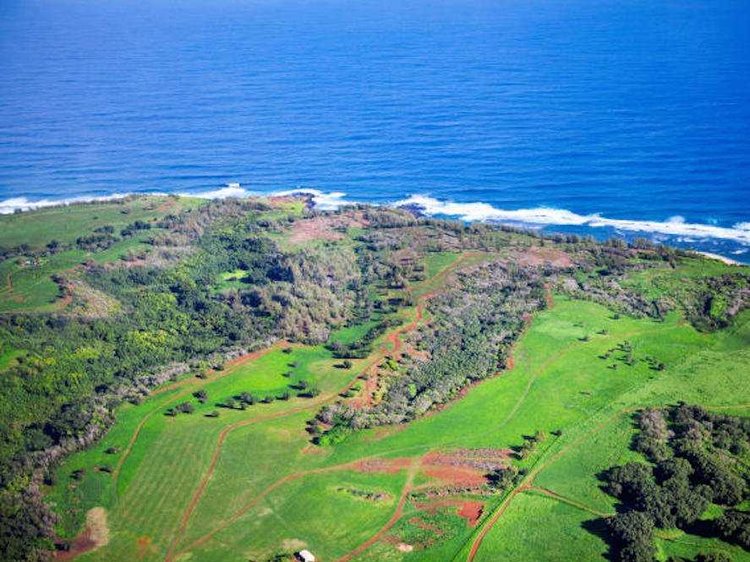 These properties span 750 acres across an isolated stretch of Hawaiian beach, according to Business Insider’s Madeline Stone. Zuckerberg said he and wife Priscilla Chan bought the land because they’re “dedicated to preserving its natural beauty.”

He first paid $49.8 million for an 89.2% stake of Pila’a Beach, an isolated oceanfront property. 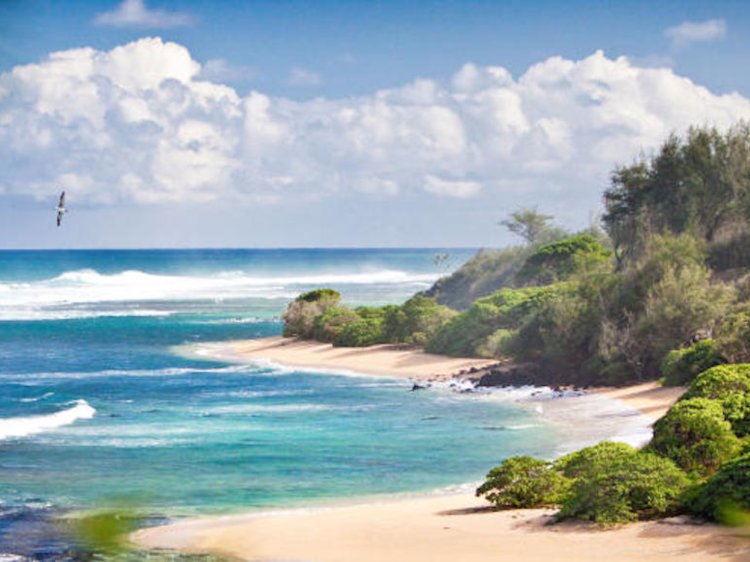 The property is 393 acres and not publicly listed, according to Stone.

The beach is difficult to access, with a half-mile trail that leads down to the shore. 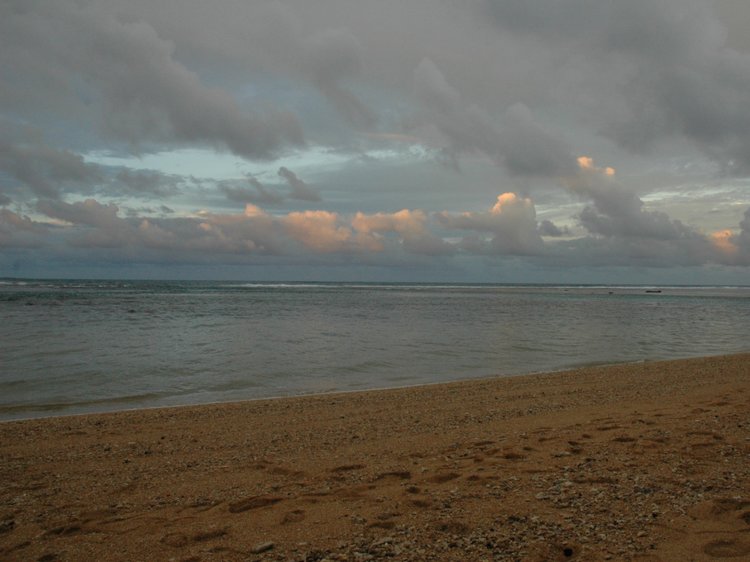 The beach is open to the public, and Zuckerberg’s land is situated a bit further back from the shoreline, Stone wrote.

Zuckerberg reportedly paid $66 million for the Kahu’aina Plantation, adjacent to the beach. 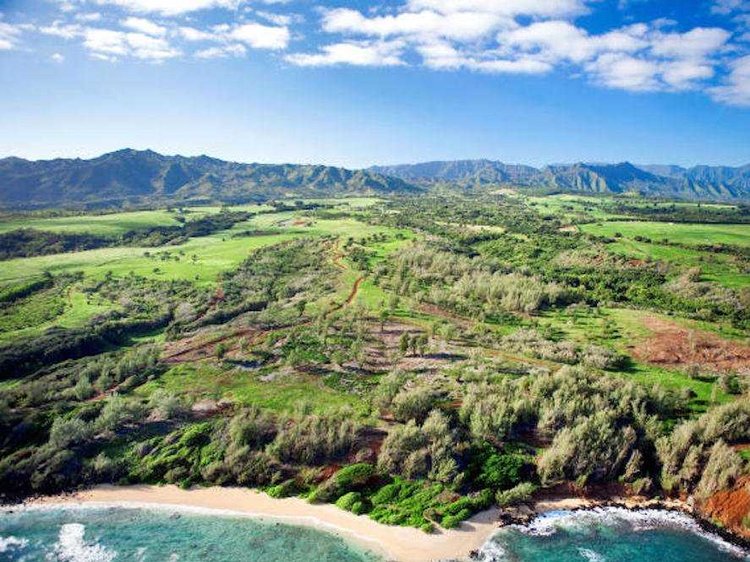 A 357-acre former sugarcane plantation, it includes 2,500 feet of white-sand beach and has a working organic farm ripe with crops, including ginger, turmeric, and papaya. The farm is also home to goats and turtles, according to Zuckerberg’s Facebook page.

The plantation was approved for up to 80 homes, but Zuckerberg reportedly plans to build just one. 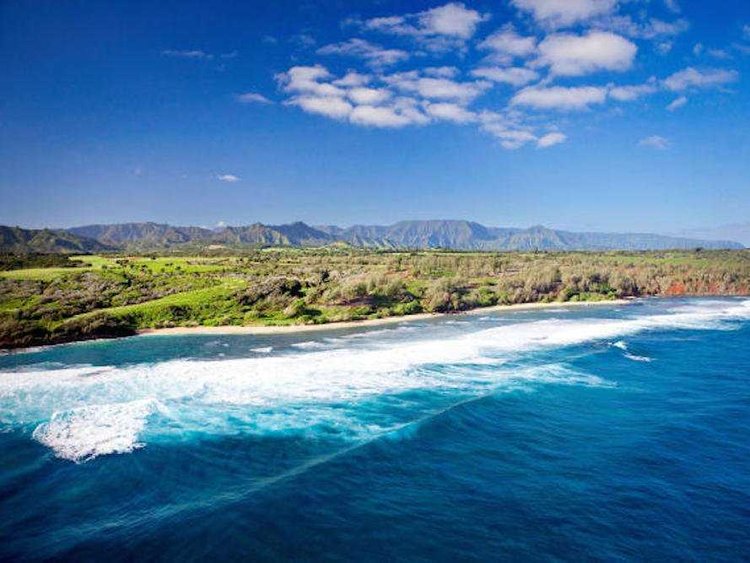 He plans to build a 6,100-square-foot, two-bedroom house, including a 16-bay garage complex and a “ranch administration building” featuring keycard-protected offices and security headquarters, according to Zap.

Zuckerberg bought as many as two dozen landlocked parcels on the plantation. 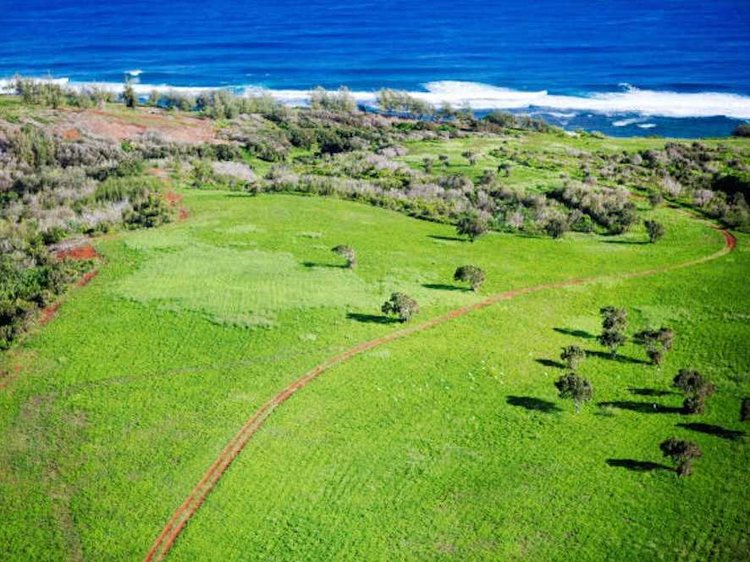 The rights to those parcels are known as “kuleanas.” There was a dispute over four of these parcels, which were granted to native Hawaiian families, and Zuckerberg later dropped it, according to Clarke. 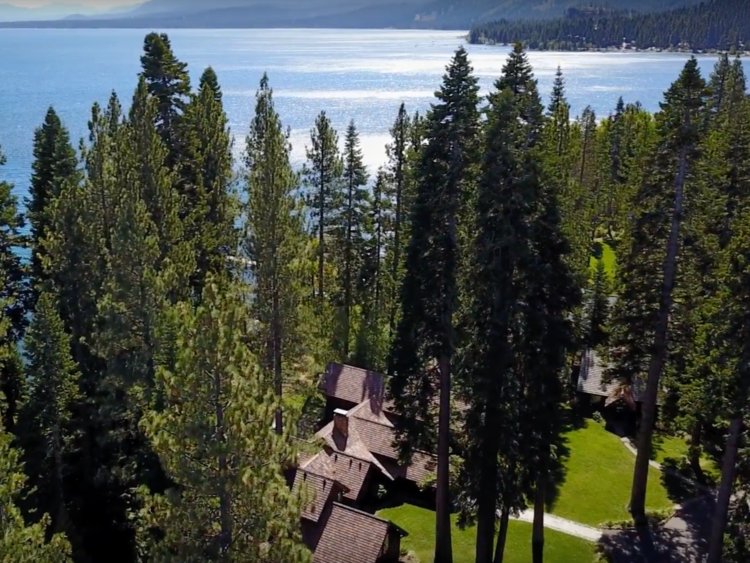 Zuckerberg’s estates are located on the west shore outside Tahoe City, an area known for “old, understated money —less flash, more hunker in the woods,” reported Clarke, adding that the families of late Hewlett-Packard founder Bill Hewlett and the late publishing icon Charles McClatchy are neighbors.

The transaction occurred secretly and wasn’t revealed publicly until the following May. 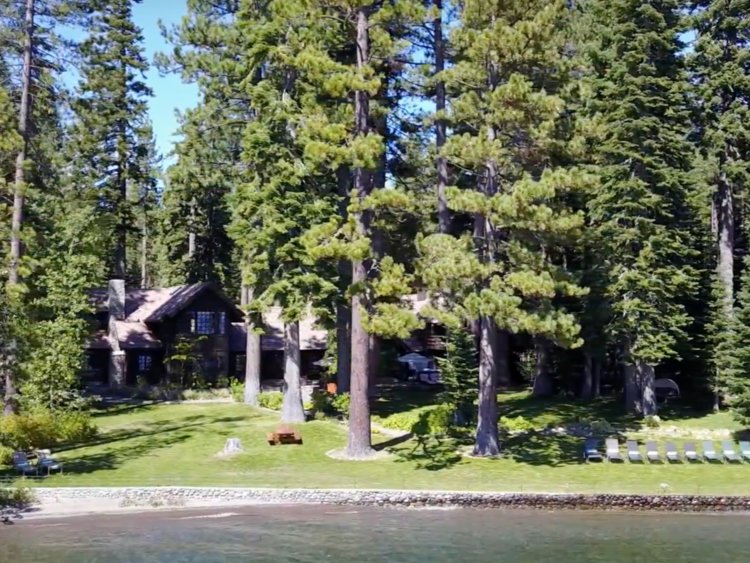 According to Clarke, Zuckerberg purchased the properties through a limited-liability company and high-end wealth manager to keep the deals private. Real estate agents signed non-disclosure agreements and removed photos of the properties from their websites.

His 5,322-square-foot Brushwood Estate sits on a six-acre lot and dates back to the 1920s. 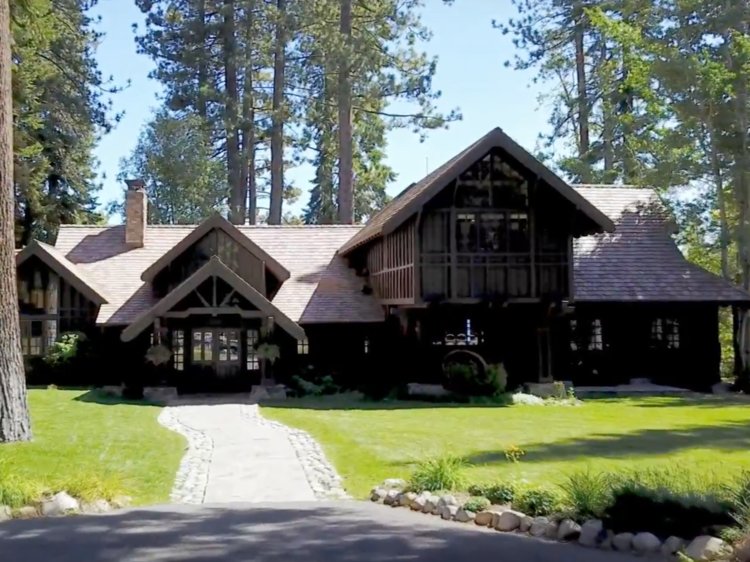 At 5,322 square feet, The Brushwood Estate features six bedrooms, five baths, and two half baths, according to Amy Graff of SFGate. Inside are high-beamed ceilings and picture windows; outside are lush trees, a private dock, and hot tub. There’s also a 2,293-square-foot guesthouse.

The estate has had several owners throughout the years, among them a novelist, several socialites, and a philanthropist who used to host Oscar de la Renta shows on the property.

The other property Zuckerberg bought is the $22 million Carousel Estate. The Carousel Estate is separated into three living quarters, but is connected by “breezeways” and all under one roof. 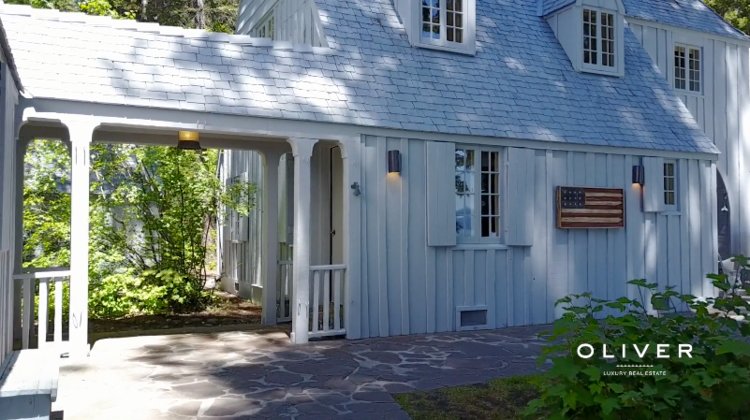 Outside, it boasts 200 feet of private waterfront, with a “marina style” pier that can accommodate yachts over 50 feet and an outdoor patio to overlook the lake, Bastone wrote. There’s also a caretaker’s home on the property. But that could soon expand — he’s reportedly in talks to acquire a third property across the street. It is not clear whether Zuckerberg will keep the housing on the two properties or will opt to tear it down and start fresh, Business Insider’s Megan Hernbroth reported.

SEE ALSO:A woman who studied 600 millionaires discovered that most of the superrich have surprisingly affordable homes. Here's what some of those look like.

SEE ALSO:Taylor Swift owns at least $84 million in real estate across four states — and she's not even 30