MARS is recalling M&M's chocolates due to the use of a UK banned substance in one of the ingredients.

The product recall applies to its M&M Crispy range, which has been sold in major supermarkets including Asda and Sainsbury's. 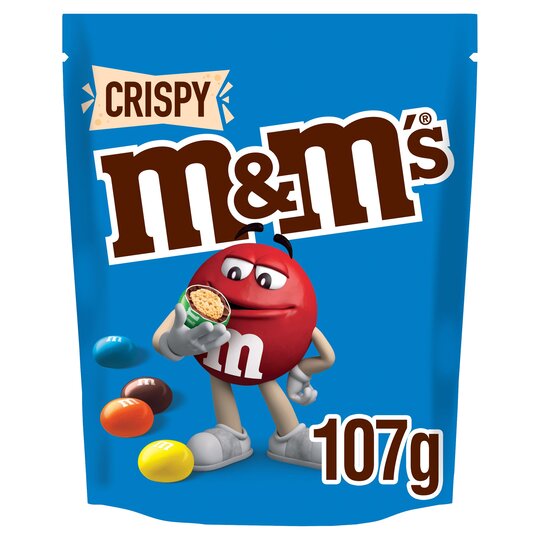 The items are being recalled due to the presence of a so-called genetically modified organism (GMO) in an ingredient produced by a supplier.

The ingredient hasn't been authorised for GMO under UK law, meaning the treats must be recalled.

Mars added in the recall notice that it doesn't use GMOs in any of their products in Europe.

Genetically modified foods are animals or plants, in which the DNA has been changed in a way that doesn't occur naturally.

Which M&M products are being recalled?

THE below products are being recalled by confectionery giant Mars.

Consuming a CMO crop isn't necessarily dangerous but there could be risks, which is why there's strict regulation, according to the Royal Society.

We've listed the affected batch codes and best before dates above.

Mars said the recall doesn't apply to any other batch codes, best before dates or its other products.

If you've bought any of the recalled items, you're being urged to contact Mars or to return it to your nearest store for a full refund.

You don't need to have the receipt in order to get your money back.

Mars didn't confirm how many products are being recalled nor the affected ingredient when contacted by The Sun.

A spokesperson said: "During routine testing the presence of a genetically modified organism (GMO) was found in one of the ingredients we use in our M&Ms Crispy products.

"As we put consumers’ preferences at the heart of everything we do, Mars Wrigley does not use GMOs in any of our products in Europe.

"We sincerely apologise for any inconvenience."

Other recent recalls to look out for include sparkling water by Highland Spring, which has been recalled due to fears the bottles could explode.

Plus, Next has recalled a wall mirror over fears it could fall and shatter into pieces.