Meet the Pukkas: Family who rose to Insta-fame thanks to their ‘teamwork’ parenting and demand for flexible working hours claim the UK system pushes women out of the workforce

A couple have become an Instagram sensation thanks to their ‘team effort’ parenting techniques and radical campaign for more flexible working hours for families.

Anna Whitehouse, 38, and husband Matt Farquharson, 42, from East London, are known as Mother and Papa Pukka on Instagram, where they count 215,000 and 46,600 followers respectively.

The couple, who have two daughters – Mae, six and Eve, two – are using the social media platform to advertise a more liberal, egalitarian and flexible way of parenting.

Anna and Matt, who split all parenting duties 50:50, have also enlisted the help of Anna’s parents Lucia and Chris – aka Grandmother and Grandfather Pukka, who are also on Instagram.

Speaking to Stella Magazine, Anna explained what pushed her to become a voice for the thousands of parents that could benefit from more flexible hours. 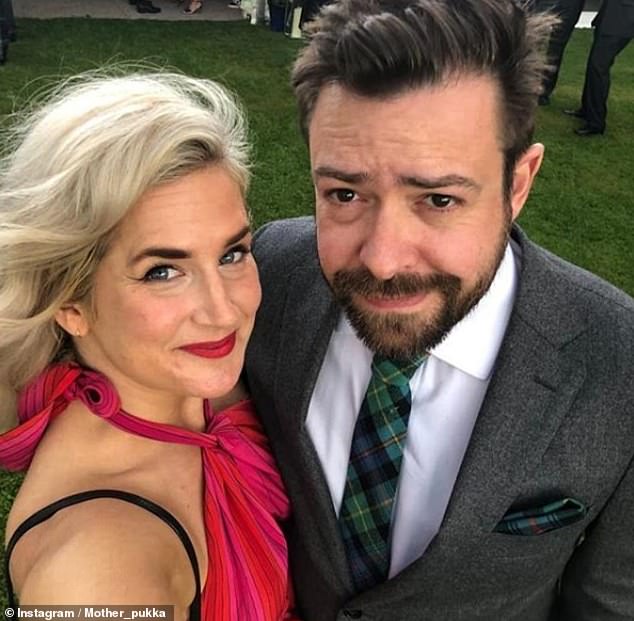 Anna Whitehouse, 38, and Matt Farquharson, 42, split parenting duties 50:50 and are Insta-famous thanks to their campaign for more flexible working hours for parents 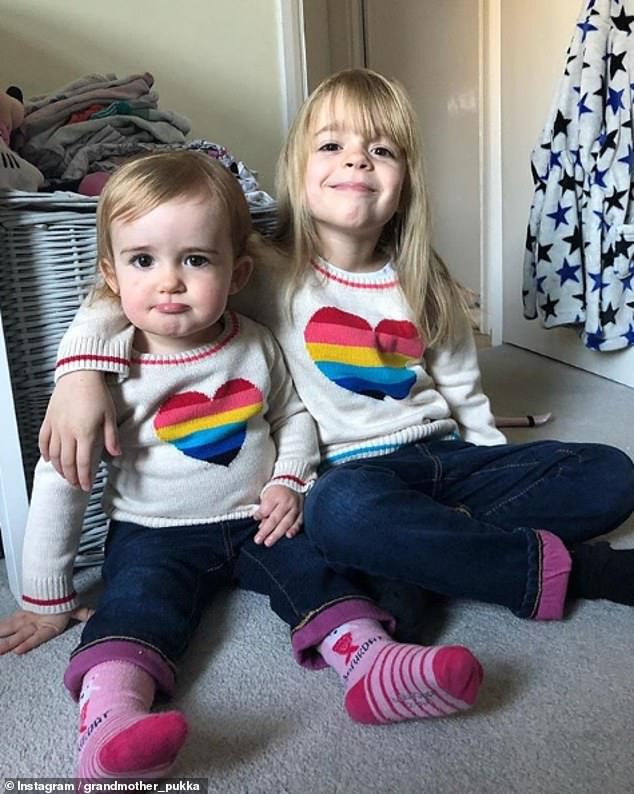 The couple are parents to Eve, two, and Mae, six, and share blunt and funny glimpses of their egalitarian family life

Anna and Matt, who met in 2005, moved to Dubai within 45 days of meeting, travelled the world and landed in Holland, where flexible working is the norm.

Upon returning to the UK in 2015, they said they faced ‘a brick wall’ and struggled to juggle their work-life balance.

Anna argued the current system in the UK is outdated, with a lack of flexible working options pushing women out of the workforce.

She discussed her guilt at being late to pick up her daughters from nursery, feeling she wasn’t performing well enough as a mother or in her work life while attempting to juggle the two.

‘I was so stressed, apologising all the time for leaving meetings, for being late for pick-up. I thought, “It’s not my fault.” It just wasn’t working,’ she said. 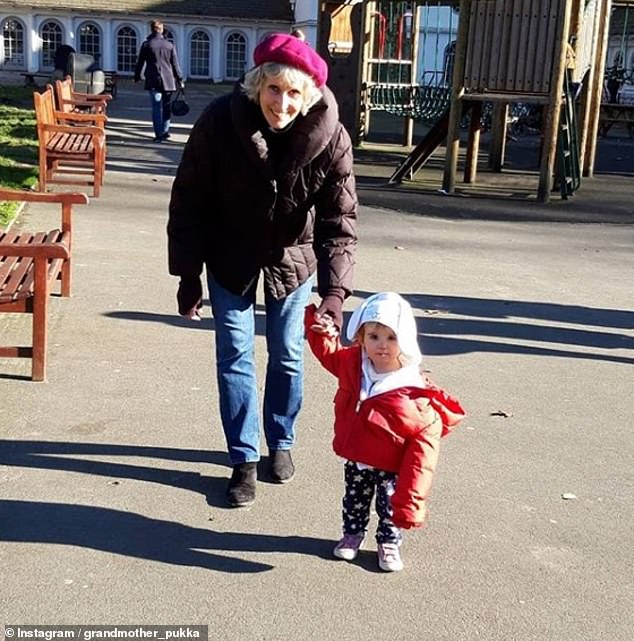 Grandmother Lucia (pictured) is also on Instagram, where she enjoys a following of 23,800. Pictured with Eve 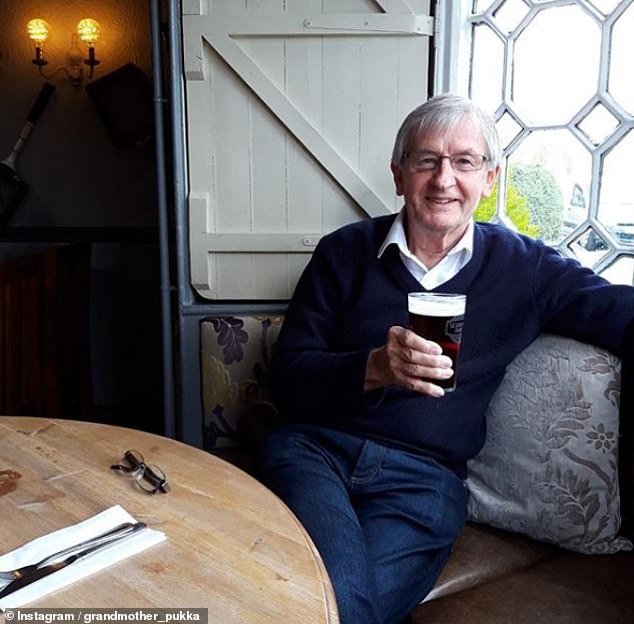 Chris Whitehouse, Anna’s father, joined Instagram as Grandfather Pukka in 2017 in order to support his daughter

‘Why have we accepted a system that was built in the Industrial Revolution? It’s out of date.’

The mother-of-two revealed she quit her job after her request for more flexible working hours was denied by her employer.

Since leaving her job, Anna has been busy for the past three years with her Flex Appeal campaign, which advocates for better access to flexible hours.

She co-parents Mae and Eve with husband Matt, who takes his fair share of playdates, nappies and packed lunches. 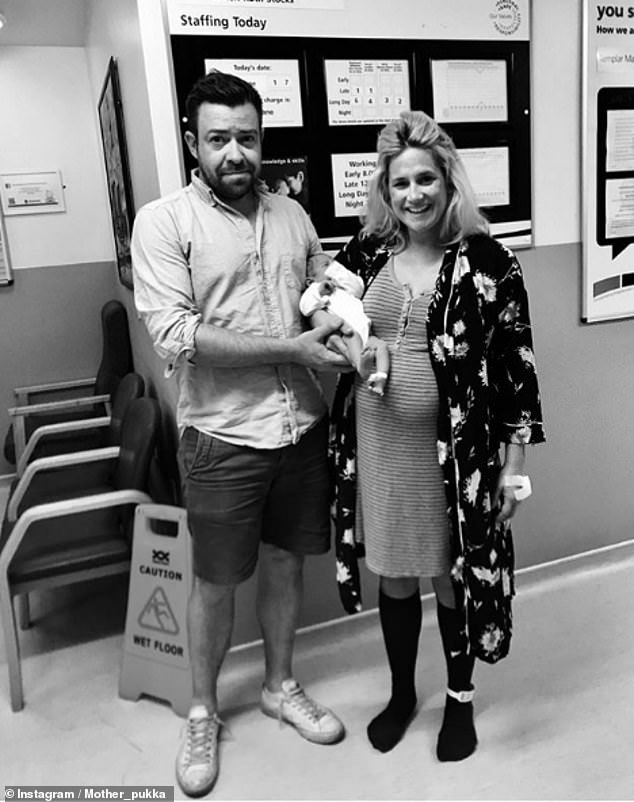 The couple (pictured) share honest accounts of the highs and lows of parenting. Pictured at the hospital after Eve’s birth 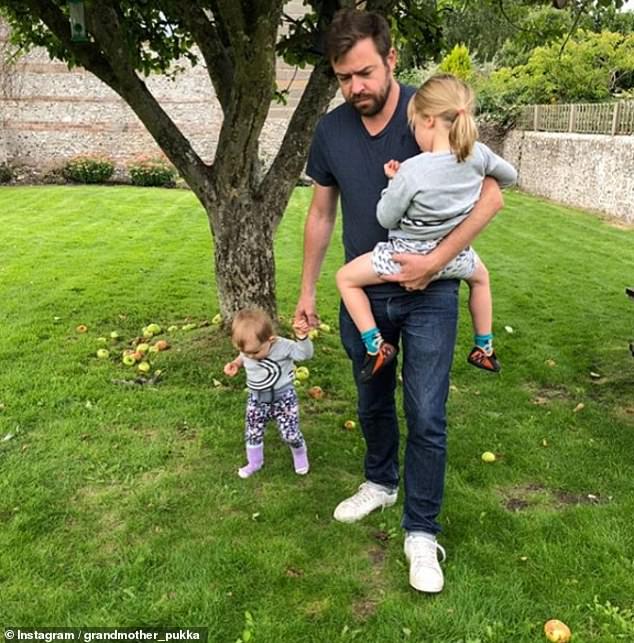 The couple get help from Anna’s parents Lucia and Chris, who count more than 25,000 and 1,200 followers on Instagram respectively.

The clan are all supportive of Anna’s efforts and use their social media platform to support her campaign.

Anna and Matt get particularly frank about the high and lows of parenthood. 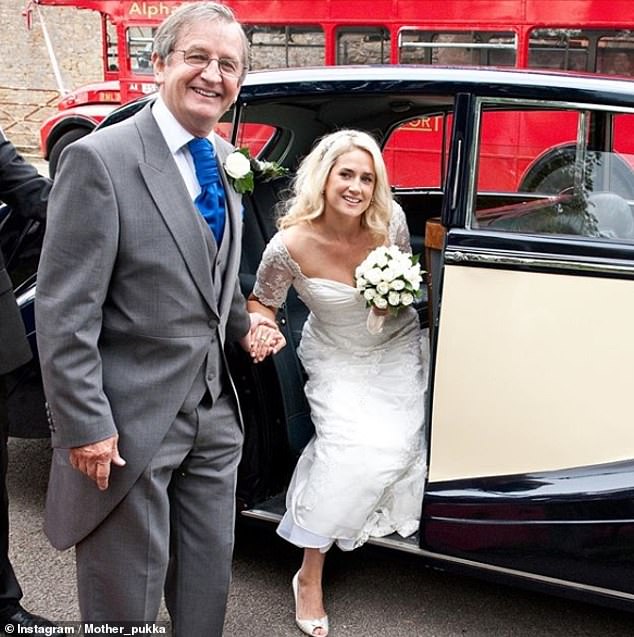 Anna and Chris on her wedding day to Matt after 10 years together. The couple met in 2005 and left for Dubai 45 days later before settling in Holland, then moving to the UK 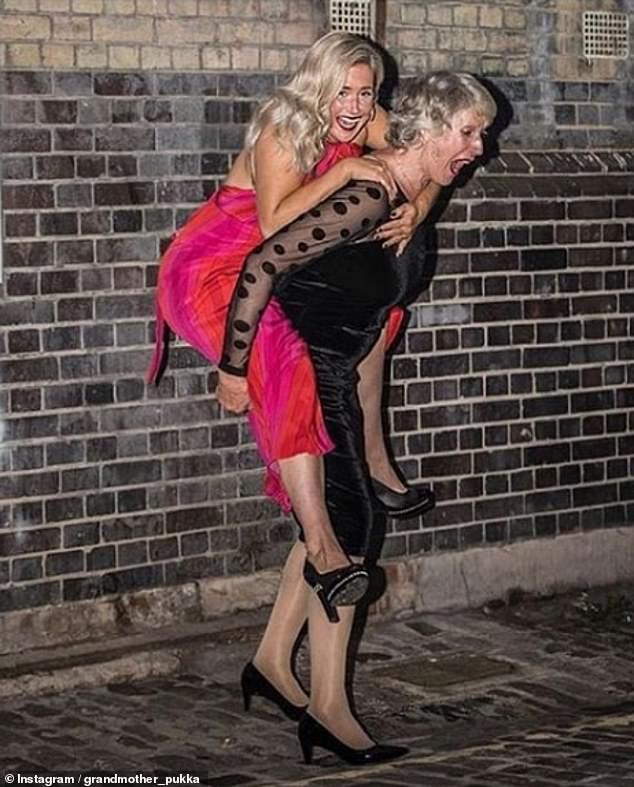 Close-knit family: Anna and Lucia having some fun in 2018 during a night out at the Marie Claire Awards

‘There’s not much I don’t share,’ Anna said. ‘I want to be honest about what life is actually like.’

The couple have both written frank accounts of suffering miscarriage after miscarriage while trying to conceive.

Anna recalled being sat at work, having just lost a baby, and having no one to turn to.

Sharing her thoughts on the very difficult situation online, she was met with thousands of women who had gone through the same thing. 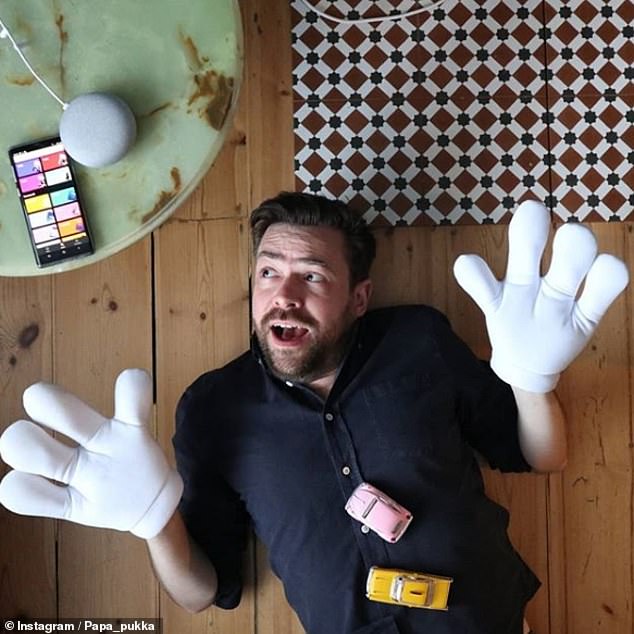 Matt is very supportive of Anna’s campaign Flex Appeal, which is advocating for better access to flexible working hours 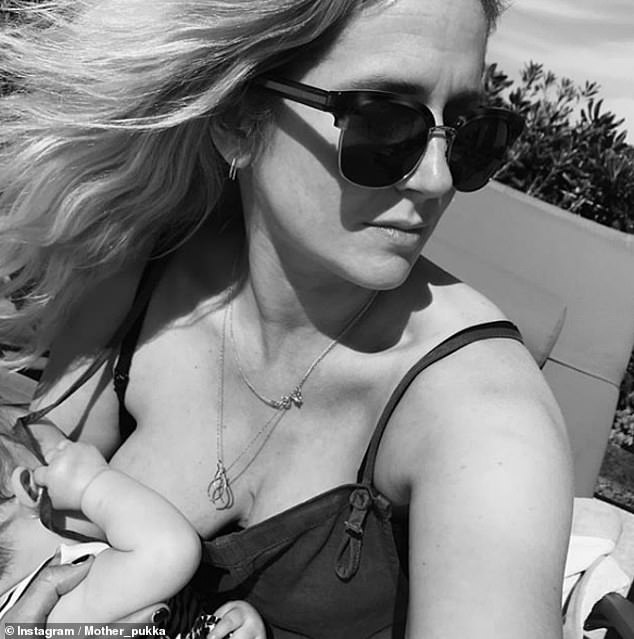 A picture of Anna breastfeeding her second daughter Eve. The mother said there is little that she doesn’t share with her followers

Anna revealed she explained the ordeal of miscarrying to her eldest daughter.

This summer, Anna launched the Flex For All petition, which demands a change in the law so that employers include flexible-working options in job advertisements.

Currently, only one in 10 adverts do so.

Anna has visited the Welsh Assembly and the Equality and Human Rights Commission as well as Downing Street with Matt to promote their cause.