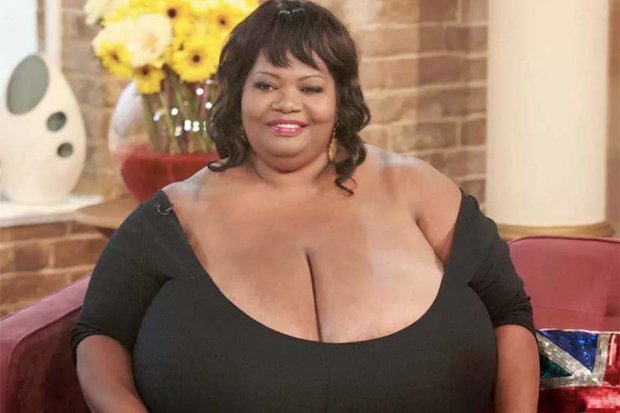 The US woman, who goes by the stage name Norma Stitz, holds a Guinness World Record because of her jaw-dropping cleavage.

She has also used her breasts to launch her career as an adult entertainer.

The 62-year-old has since amassed thousands of followers on social media.

Norma holds the world record for the “largest natural breasts”.

After winning the title, she revealed her chest started developing at an earlier age than her classmates.

She said: “I just started growing, and kept right on.

“I started wearing a bra when I was in third grade, and it was a regular grown-up woman’s bra.

“I don’t remember ever wearing a training bra.”

Norma scooped this accolade in 1999 and has been unbeaten ever since.

Her underboob spans 109.22cm, while she has a chest-over-nipple measurement of 177.8cm.

Although she wears a 52L bra, this size doesn’t actually fit her.

According to the tape measure, Norma should actually wear a 48V bra.

This size doesn’t exist, so she’d have to get her undies custom made if she wanted them to fit correctly.

Even though Norma’s cleavage is likely to make her back ache, she’s proud to be a Guinness World Record holder.

She said: “(The record) made me feel like a million bucks. It’s such an honour.

“This will go down in history. It’s something I will always cherish.”

Norma isn’t the only proud record winner out there.

Previously, we revealed all about the man with the world’s biggest penis.

The Mexican man claims his schlong is 18.9 inches long – but this is yet to be confirmed by experts.