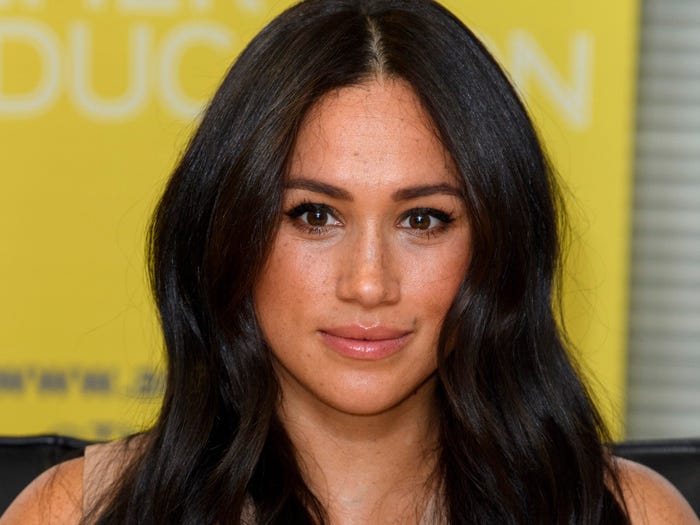 The Duchess of Sussex published a powerful essay in the New York Times on Wednesday, where she revealed she had a miscarriage in July.

Meghan Markle experienced the miscarriage when she was pregnant with her second child in July, although the public weren't aware that she was expecting at the time.

She described changing her son Archie Harrison's diaper one morning when she experienced a "sharp cramp" and knew something was wrong. At the hospital later that day, her fears were proven to be correct.

The duchess wrote: "After changing his diaper, I felt a sharp cramp. I dropped to the floor with him in my arms, humming a lullaby to keep us both calm, the cheerful tune a stark contrast to my sense that something was not right. I knew, as I clutched my firstborn child, that I was losing my second."

"Hours later, I lay in a hospital bed, holding my husband's hand. I felt the clamminess of his palm and kissed his knuckles, wet from both our tears. Staring at the cold white walls, my eyes glazed over. I tried to imagine how we'd heal," she added.

The duchess' words have sparked a conversation about miscarriage on social media, with many people now sharing their own stories after being inspired by the duchess' essay.

Anita Singh, an arts and entertainment editor at the Daily Telegraph, wrote on Twitter:  "When I had a miscarriage, I remember scouring the internet for articles by women who had been through the same thing. Because reading that you're not alone is helpful and it's comforting. So thank you to Meghan Markle for writing about something so difficult."

"As someone who suffered a #miscarriage myself, I am so proud to see #Meghan Markle sharing her experience. There is so much secrecy around baby loss and this leaves women without support during a significantly traumatic time. Talking about her loss will help many other women," another woman wrote on Twitter.

Many people — including those who have not experienced miscarriage themselves — thanked the duchess for sharing her story and shedding light on the subject.

Actress Anna Morris wrote on Twitter: "Glad Meghan Markle has shared her #miscarriage story. I hope it helps other women in a similar position know they are not alone. I have many friends who have described this 'unbearable grief' too and her interview helps me to understand their feelings."

Matt Haig, a British author and mental health activist, said watching his wife lose their unborn baby two years ago was "so traumatic" and "a strange taboo."

"My wife went through a miscarriage two years ago. We were in Australia and felt alone. It was so traumatic. To grieve a future that wasn't there. It also felt difficult to talk about. A strange taboo. It is so healthy and healing when anyone talks about this topic so openly," Haig wrote on Twitter.

Representatives for the Duchess of Sussex declined to comment when contacted by Insider.