Melania Trump looked stunning today as she stepped out at the White House.

The First Lady and wife of Donald Trump spoke out on the one year anniversary of her initiative Be Best.

Former-model Melania appeared in the Rose Garden at the White House in Washington.

She also appeared to show off much warmer, lighter blonde highlights.

Melania’s Be Best campaign focuses on issues facing children in the US.

The White House website reads: “BE BEST will champion the many successful well-being programs that provide children with the tools and skills required for emotional, social, and physical health.

“The campaign will also promote established organizations (sic), programs, and people who are helping children overcome some of the issues they face growing up in the modern world.”

The First Lady wore a denim dress with a belt around the middle showing off her waist.

The dress fell to her mid-calf, and had a full skirt. Melania added nude leather shoes with an ankle strap. 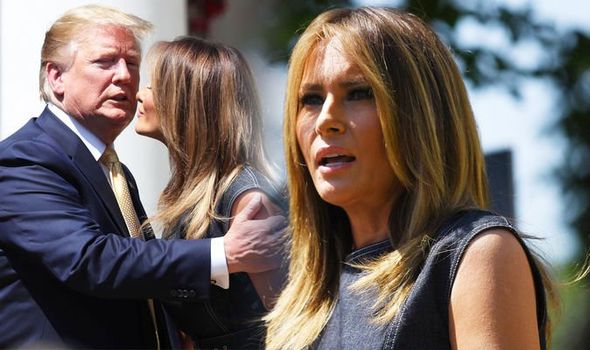 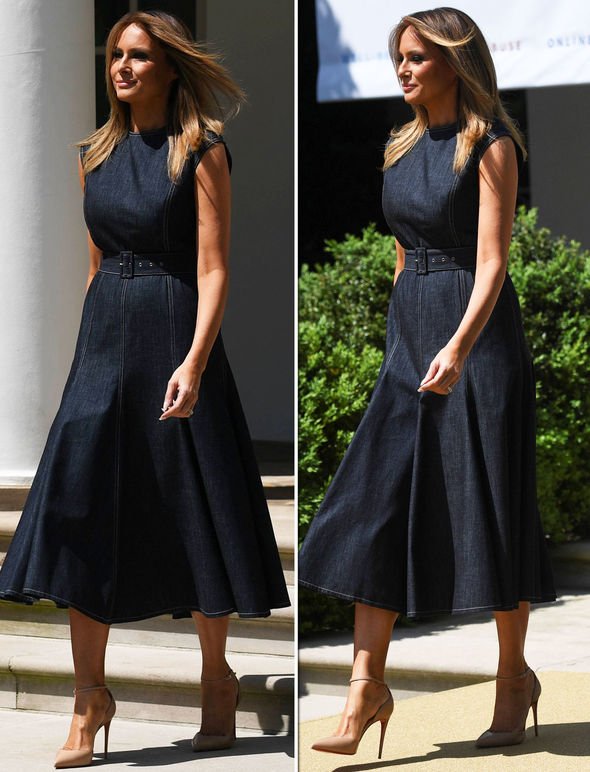 Melania’s friend and former employee Stephanie Winston Wolkoff has spoken out about her experience working at the White House.

She worked as an informal, unpaid adviser to the First Lady until February 2018.

She left her position working for the President and First Lady. She told the New York Times, she said: “Was I fired? No.

“Was I thrown under the bus? Yes.” 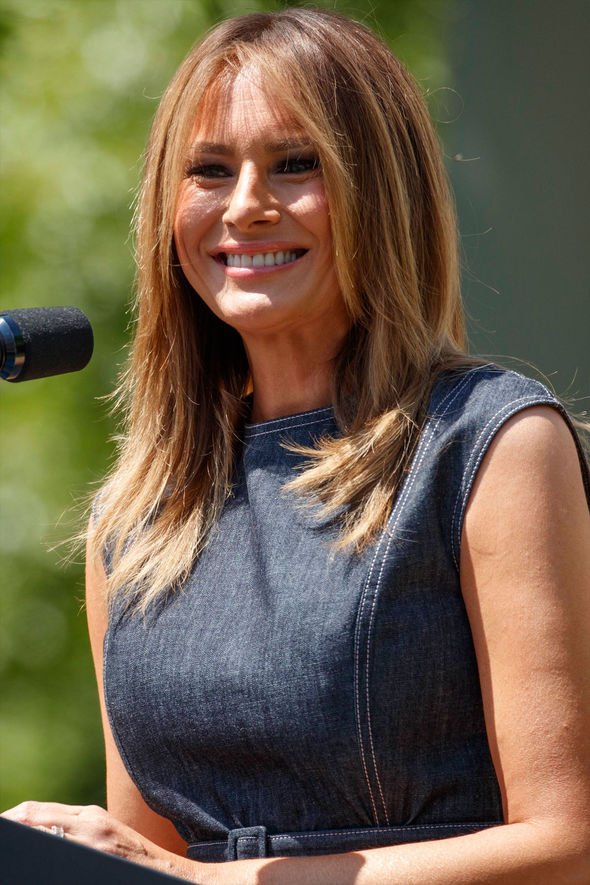 The tulle cocktail dress had a high neckline and a fit-and-flare silhouette.

It seems to no longer be available to buy online.

Mum-of-one Melania can speak more languages than any other First Lady before her: English, French, German, Italian, Serbian and of course her mother tongue, Slovenian.

This also makes her the only First Lady whose first language is not English.

After Jacqueline Kennedy, Melania is the second First Lady who is a practising Catholic.

She met Pope Francis as part of a foreign tour with her husband and stepdaughter Ivanka last year.

Her skills aren’t confined to print, and she appeared in a commercial for Aflac, an American insurance company, in 2005.

Melania’s parents are Amalija Knavs and Viktor Knavs, and the couple live together in Washington.

She has one sister, Ines, who is reported to live in New York and work as an artist.

On May 7 2018, Melania launched her flagship campaign as First Lady, BE BEST, which The White House describes as “an awareness campaign focused entirely around the well-being of children”.

There are three main strands to the initiative: well-being, social media, and opioid abuse.