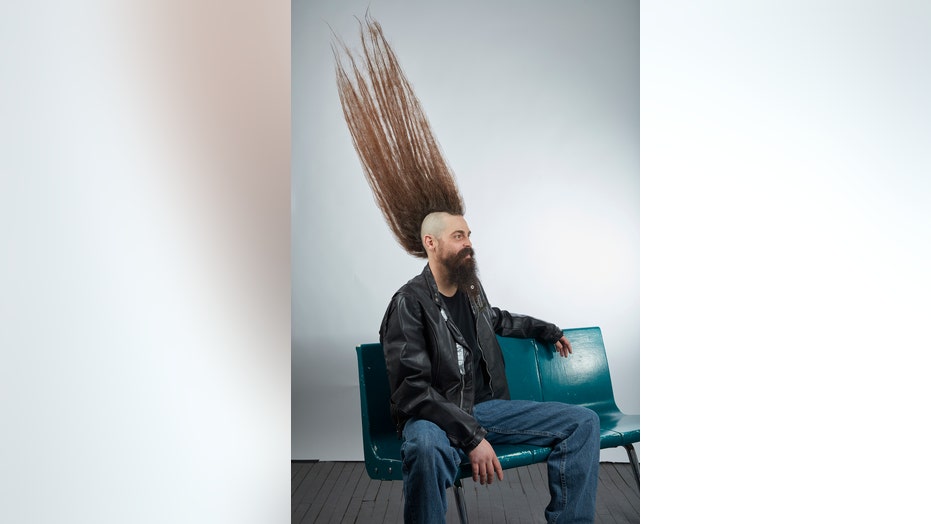 Raw video: Iowa woman shares clip on social media of her hair standing straight up after freezing in the cold temperatures from the polar vortex.

A man from Minnesota has just secured the Guinness World Record for the world’s tallest mohawk, an accomplishment that undoubtedly makes up for the fact that he will never fit through the doorway of his loved ones’ homes ever again.

Joseph Grisamore, a social worker from Park Rapids, began his quest for a Guinness record back in 2007, but refused to shave the sides of his head — a requirement for any “full Mohican” mohawk, according to Guinness World Records. He instead tried for the title of “tallest spike mohawk” but failed, by his own admission. 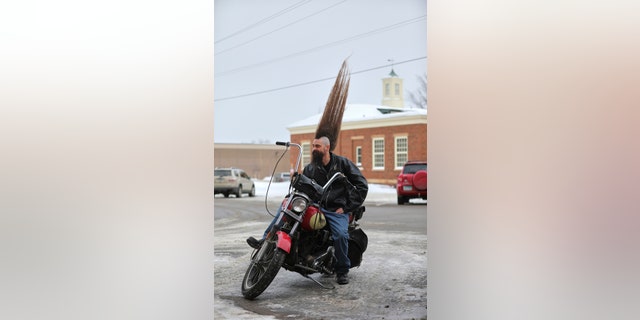 Joseph Grisamore, a social worker from Park Rapids, began his quest for a Guinness record back in 2007.
(Adam Bettcher/Guinness World Records)

“When I was first informed that I’d become a Guinness World Records title holder, I was over the top. Having a goal become a reality is always a thankful experience,” said Grisamore, whose feat will forever be etched in history via the 2021 edition of the Guinness book.

Oddly, however, the Guinness World Record for "tallest mohican hairstyle" appears to belong to a Japanese man named Kazuhiro Watanabe, whose 'do measured a few inches taller than Grisamore's at 44.68 inches, and was recognized in 2011. A representative for Guinness World Records was not immediately available to explain the distinction, though it's possible Watanabe's hairstyle does not qualify as a proper mohawk.

Grisamore’s own journey to follicle-based fame didn’t come easy, though. After abandoning his first attempt to snag a title, Grisamore fashioned his hair into dreadlocks. But this style wasn’t conducive to a mohawk, so he “started from scratch” and grew his hair out over the course of seven years, according to Guinness World Records.

“The best hair advice I can give for men is … don’t cut your hair,” joked Grisamore. Then again, maybe that’s not a joke — Grisamore’s wife Laura claims she finds his hair “very sexy.” 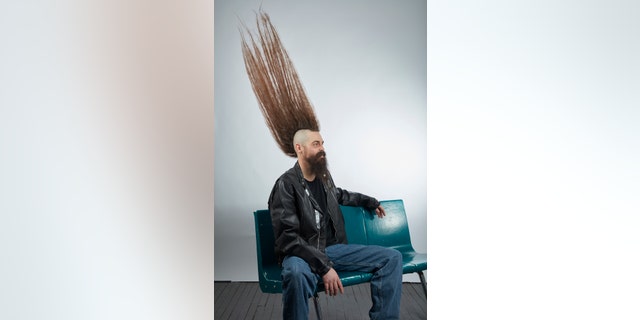 When it’s not in mohawk form, Grisamore says he likes to keep his hair in braids. Then again, it’s unclear how often he’ll be braiding his hair after this, seeing as he’s already getting accustomed to his new lifestyle as self-dubbed “mohawk king.”

"Doors aren’t over 7 feet tall, ceilings 9 feet, and cars are impossible to get into — so I’m limited to where and how I move around when I’m all done up,” says Grisamore. “But the crowd usually comes to me.”