An Ironman triathlon is considered one of the most difficult one-day sporting events in the world.

“Enduring 17 hours is quite a bit on the body,” Beth James said.

Beth James, 54, has not only finished one — an accomplishment by itself — but she does it with her 23-year-old daughter, Liza James, who is nonverbal and unable to walk.

They are the first mother-daughter duo to compete in the Ironman World Championship, which is, essentially, the Super Bowl of Ironman triathlons. What makes it more incredible is that there is no subdivision for disabled athletes to qualify.

“Our time is no different than the 20-year-olds or the 80-year-olds,” Beth James said.

An Ironman race starts with the swimming portion. Liza James, who weighs about 100 pounds, is strapped into a float that is attached to Beth James. 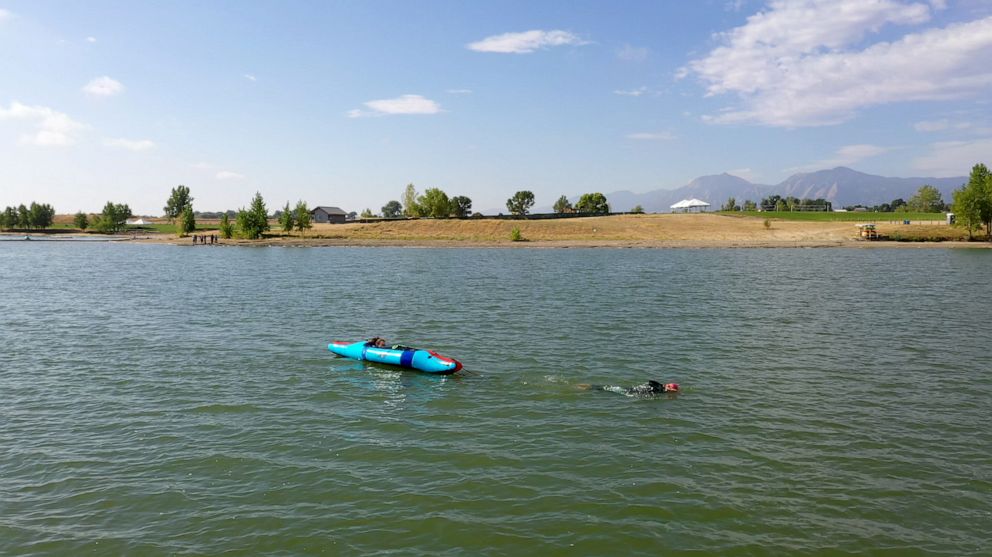 When it comes time for the 122-mile bike ride, Liza James is seated in a racing chair that weighs 21 pounds and is connected to the bike pedaled by Beth James.

Finally, for the marathon portion, Liza James sits in the racing chair that resembles a stroller as Beth James powers through.

“We really need to stop and think what humans are capable of if you can channel something like that maternal love instinct that she has for her daughter,” trainer Peter Defty said.

In 2004, Beth James and her three children were making the approximately one-mile drive home from a Fourth of July party when they got into a life-changing accident.

Beth James says she was turning left at a green light when her car got nicked from behind and spun around. Liza James’ head hit the interior of the vehicle and she suffered a severe brain injury.

Liza James, then 6 years old, was in a coma for more than two months. Beth James said doctors had to cut part of her skull — about the size of Beth James’ palm — to allow the brain to swell.

That ended up saving her life.

“It’s truly a miracle that they kept her with us,” Beth James said.

Liza James is healthy, but she needs assistance eating and drinking. 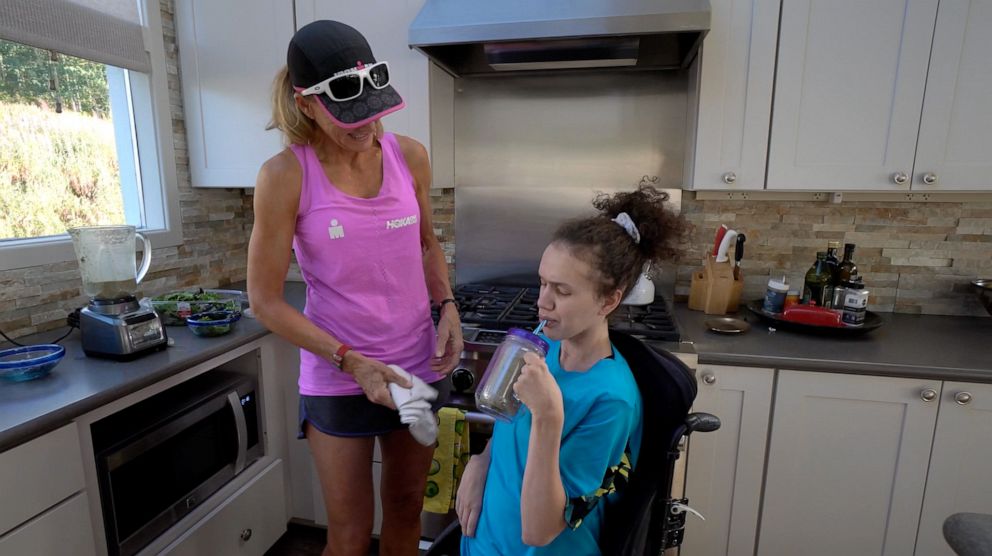 Three months after the accident, Beth James developed a noncancerous brain tumor the size of a golf ball. She got it removed in time by the same neurosurgeon who saved Liza James’ life.

Liza James eventually woke up, and Beth James recovered from her brain issue. Beth James was a single mother with three kids. The shock and trauma of it all was hitting her.

She set a goal to run a marathon months after she and her daughter suffered brain injuries. When she finally ran the marathon, she was thinking the whole time about how to include Liza James.

So Beth James got a racing chair for Liza James to sit in while she ran. She started by running a 5-kilometer race, then a 10-kilometer race and continued to work her way up.

So Beth James kept going. She says Liza James communicates to her through hand gestures and noises.

In the past four years, Beth James has worked her way up to triathlons, sometimes training for up to 10 hours a day. And even though Beth James is not new to Ironman races — she ran her first one in 1999 — the added motivation of competing with Liza James, the race has taken on a whole new meaning.

“Life is a gift,” Beth James said. “Each and every moment of each and every day is priceless. Don’t ever take it for granted. Do not ever complain. There’s always positives surrounding you.”