A new mother has been slapped with a £170 fine after pulling into a golf club car park to breastfeed her ‘screaming’ baby daughter.

Journalist Amanda Ruggeri was driving back to her home in north Cornwall from Newquay at around 7pm on Sunday, May 2 when her 12-week-old became distressed and had a ‘total meltdown’.

Her partner pulled in at the earliest opportunity and parked at the Newquay Golf Club car park, which she said was empty, for 21 minutes while she fed the little one.

But weeks later the couple received a ticket from Smart Parking Ltd, which manages the club’s car park, for £170 for being parked ‘illegally’.

They appealed, pointing out that in their distress they hadn’t noticed signs that said they couldn’t park there, but their application was rejected last month. 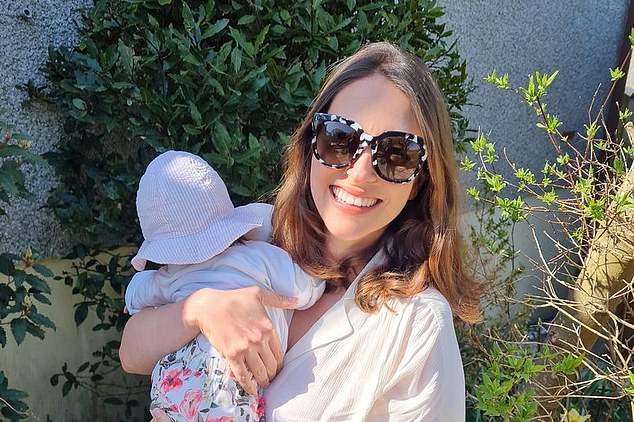 Journalist Amanda Ruggeri was driving back to her home in north Cornwall from Newquay at around 7pm on Sunday, May 2 when her 12-week-old became distressed and had a ‘total meltdown’

Speaking to CornwallLive, Amanda said their baby had suddenly become very distressed in the car and they had no idea if she was having ‘some kind of health incident’.

Due to them being unfamiliar with the area, they pulled in at the first place they could rather than drive around aimlessly.

‘She’s never a fan of the car, but this was a total meltdown – absolutely screaming and purple in the face,’ Amanda explained.

‘Turned out that our little girl was just very, very hungry and needed to be fed. I breastfed her for 20 minutes and then we left.

‘It was 7.51pm and the car park was empty, so we didn’t think it would bother anyone.’ 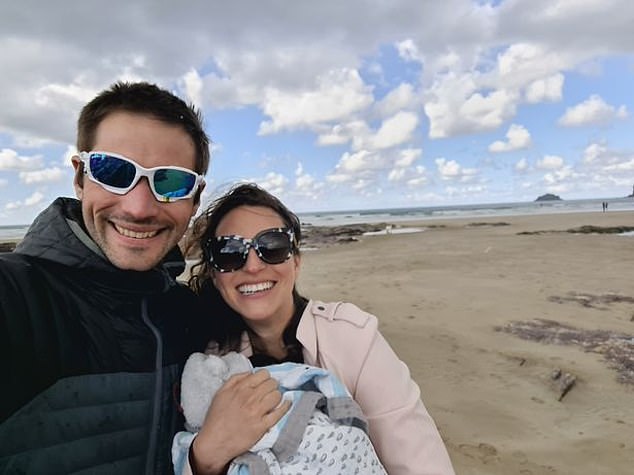 When their baby daughter became distressed, Amanda’s partner pulled in at the earliest opportunity and parked at the Newquay Golf Club car park, which she said was empty, for 21 minutes while she fed the little one

Amanda added that the ‘irony’ is they were only away at the seaside resort of Mousehole for one night – the first one ever with their daughter – and the ‘astounding’ fine cost far more than all their meals out, accommodation and the other expenses of the trip put together.

She said given the circumstances – that her young baby needed to be fed ‘on demand’ because she was too young to have a feeding schedule in place – Amanda believes they are protected by the 2010 Equality Act.

But Amanda claimed Smart Parking Ltd refused to engage with them on the issue of them breastfeeding their daughter.

When she contacted Newquay Golf Club to see if they could intervene, she said they replied: ‘I am sorry we are unable to assist with this matter and as Smart Parking operate the car park it can only be dealt with through them.’

Amanda insisted she and her husband don’t wish to cause trouble, but they strongly feel Smart Parking Ltd has behaved in a ‘predatory, discriminatory and frankly unlawfully’ manner. 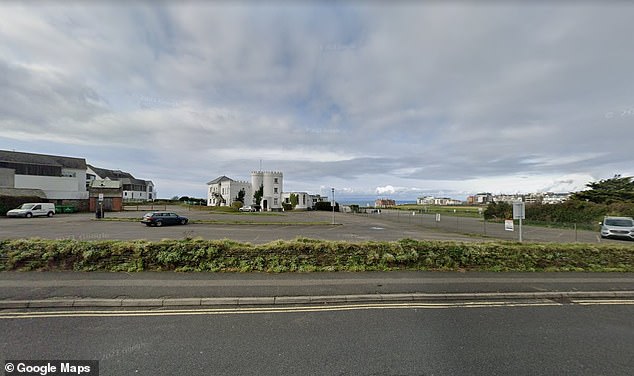 Amanda claimed Smart Parking Ltd, which manages the car park at Newquay Golf Club, pictured, refused to engage with them on the issue of them breastfeeding their daughter

They now have the option to appeal to POPLA – an independent appeals service for Parking Charge Notices issued on private land.

Smart Parking Ltd told The Sun it operated in line with British Parking Association guidelines and claimed Amanda was offered discounts which were not accepted.

MailOnline has reached out to Smart Parking Ltd and Newquay Golf Club for comment.

He visited in March 2020 with the Indian Queens Working Men’s Golf Society and used the visitor car park, assuming it would be free to do so as he was paying to use the club’s facilities.

Weeks later he claimed he received a letter from Smart Parking Ltd saying he had parked illegally.

Mr Robinson said he took a photo of the noticeboard at the entrance to the car park which stated that visitors must sign in their vehicle using the tablet provided, but one was not provided.

‘What they mean is register your vehicle on the tablet hundreds of yards away in the pro shop,’ he told CornwallLive.

‘It doesn’t say anywhere on the noticeboard that the tablet is in the pro shop. I’ve written to Peter Batty who is the secretary of the golf club to say they should be ashamed of themselves for robbing the very people they need – the golfers.

‘Over the years they have issued fines to people and should refund everyone they have robbed.’

Newquay Golf Club responded saying visitors are asked to register their vehicles so that the car park isn’t used by beachgoers. They have number plate recognition cameras at the entrance to ensure that there is adequate space for both members and visitors to park at the golf club.

Peter Batty, the club’s secretary and manager, said: ‘We have signs and notices throughout the club to remind visitors to register their vehicles when parking, however, we acknowledge that problems can still arise and visitors that contact us regarding a parking issue at Newquay Golf Club have their concerns dealt with in a satisfactory and timely manner.

‘We have only just been made aware of this issue as it appears the gentleman chose not to contact us at the time and took a different method of contesting his penalty notice, but we are delighted that he has been successful.

‘We will review our signage with our car park operators to see if any improvements are necessary.’