A mother who trained as a lawyer before quitting to set up her own make-up business has revealed how she faces down sexism as a woman in business.

In her 20s, Ravita Pannu, now 38, from Wolverhampton, established a high-flying career, having studied criminal law, working for a local authority and with communities to reduce crime.

But at the age of 32, she decided to quit to pursue her long-held dream of working in the beauty industry and now has her own successful business, specialising in make-up for south Asian weddings, which she’s planning to expand to Dubai. 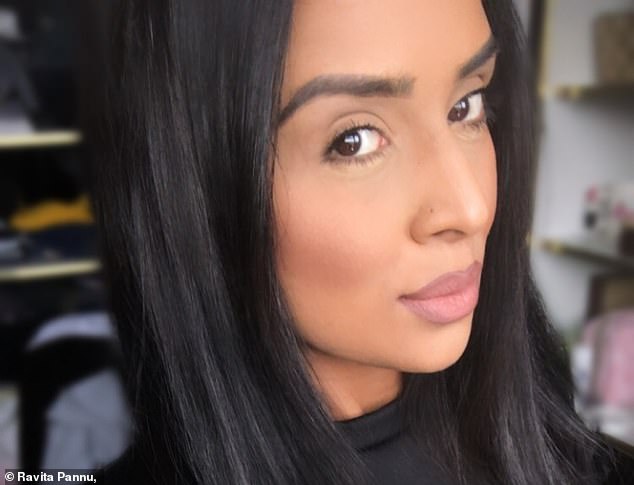 Ravita Pannu, 38, studied Criminal Law and worked for a local authority helping to reduce crime when she gave up her career to become a make-up artist full-time 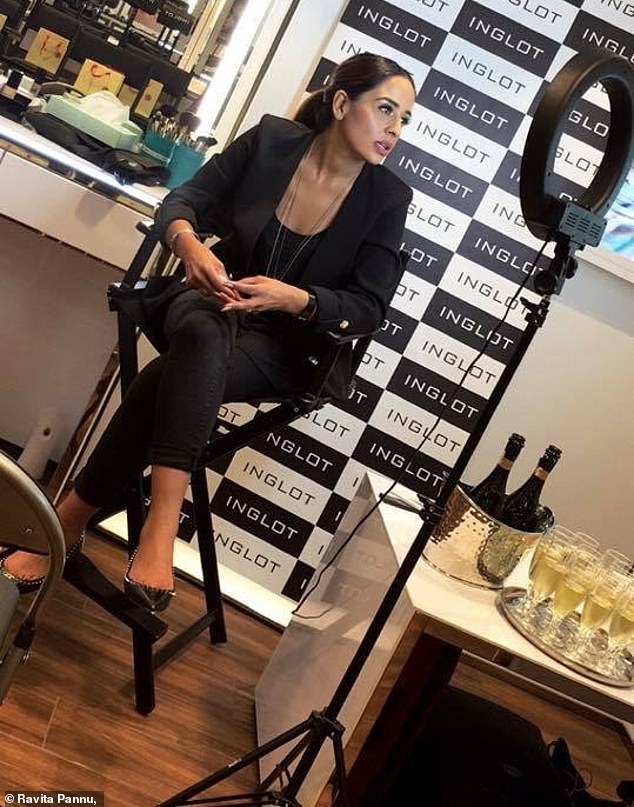 Ravita, pictured doing a masterclass, was told by her parent’s that make-up artistry was a man’s job and they told her to train for a career in law instead

One of the make-up designs created by Ravita, she did her first bridal make-up aged just 13

But she said that sexism is also still a huge obstacle for female entrepreneurs, saying: ‘I think people generally find it difficult to sit round the table with a woman in business depending on the setting’.

‘Being a women can be an obstacle in business, then for some being Asian is also an issue. I am met with attitudes of people who are focused on men, and they believe I couldn’t possibly be successful.

‘People think artists are uneducated or took an easy path as such – which is far from the truth.

‘I don’t honestly entertain such narrow minded attitude, but I spend time educating them about the beauty industry and its wealth.’

Ravita has wanted to become a make-up artist since the age of 13, and initially balanced her business with her career in law and her daughter, born when she was 25.

‘I worked my office role during the day, then evening spend until the early hours dealing with admin, business projects, make-up campaigns and so much more.

‘In the end, five years ago I made a decision took redundancy and never looked back.’

While she was excited to set out on her own, her parents weren’t so pleased as they had chosen law for her to train in were disapproved of make-up artistry, saying it was a ‘man’s job’.

‘From my father’s perspective, all make-up artists were male, as that’s how it is Bollywood, so they always said it was a man’s job’ she said, adding that they’re now delighted by her success.’ 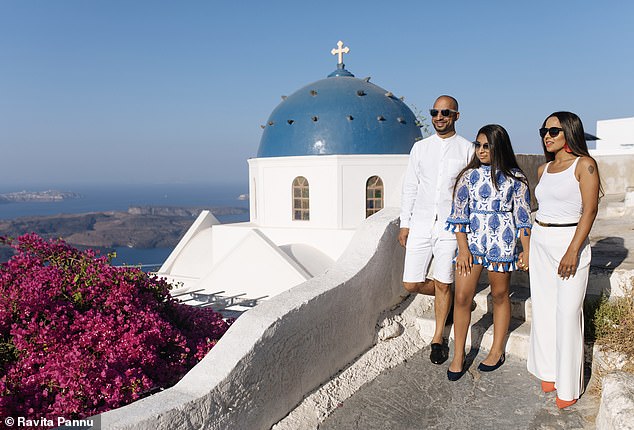 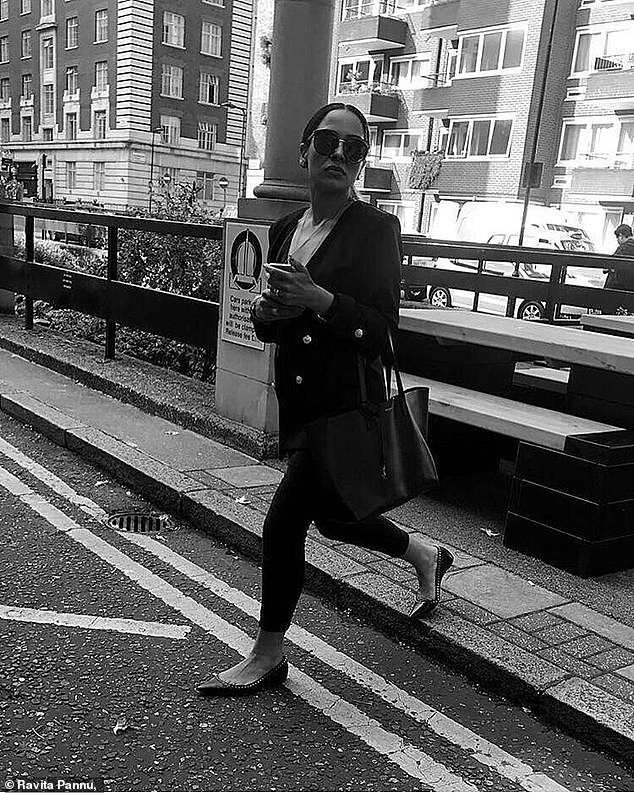 For years, Ravita balanced a young child, day job, marriage, and make-up business before she decided to just grow her business, and became one of the leading figures in the British Asian wedding market

Talented Ravita also created this look, she says  that make-up is a tool to engage, empower, and support women

‘I have two sets of parents, my Wolverhampton and Birmingham mum and dad, as I refer to them,’ she said. ‘They were quietly disappointed I know that, but then with the success of the businesses, they are extremely proud.

Ravita regards her in-laws (‘the Birmingham parents’) as equally important to her own.

‘My decision to go into business was as a married women, so though I felt I didn’t need to seek permission’ she explained. ‘But it did feel important to seek both parents blessings.

‘Culturally, it was very important for me,  but also I wanted to let them know why make-up was important for me. Both sets of parents are proud, but making this decision did come with challenges

The hours Ravita put in meant she was missing family key events, as she sacrificed a lot of free time by ‘building, building and building’ the business. 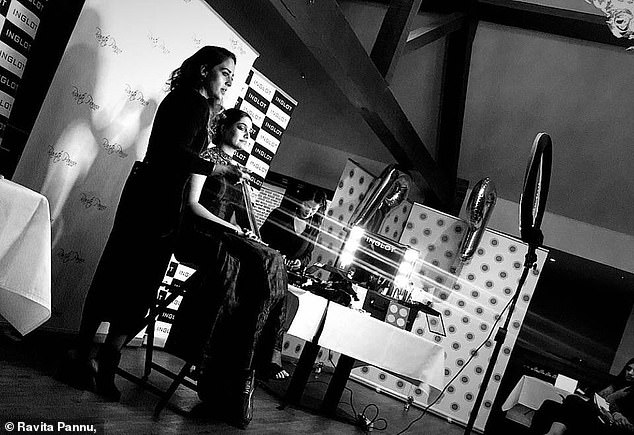 Ravita has now developed a team of 15 freelancers in the UK, and is planning on taking the brand to Dubai and India by 2020

‘Luckily they understood but the comments were made.

‘Not being from a business background, it would be difficult for anyone to understand but I’m a risk taker and they know if I want something i’ll work hard for it.’

Despite training for a legal career, Ravita always longed to be in the make-up industry.

She’s now developed a team of 15 freelancers in the UK, and is planning on taking the brand to Dubai and India by 2020.

‘I guess I started when I was 13,’ she said. ‘That’s when I created my first ever bridal look’.

‘I never dreamed of owning a business, and  I knew that my parents wanted us to have a decent education and become professionals so that’s exactly what I did’ she continued.

‘I built my business from 13 to now and will be officially an owner of a business, full time, five years this month. I’ve never looked back.’

Getting married at just 23, and giving birth to her daughter two years later, family has always been at the core of her decisions.

‘Both my husband and my 13-year-old daughter Jumeirah are key and integral part of the business. We often referred to as a family-run business as both have key major roles working behind-the-scenes’ she says.