Victorian politicians have been increasingly targeted with threats and vandalism during the pandemic, with 50 per cent more security incidents at electoral offices compared with the previous year.

The Department of Parliamentary Services, in its 2020-21 annual report, said MPs and their staff had been “frequently targeted by protest activity”, and security incidents were growing significantly. 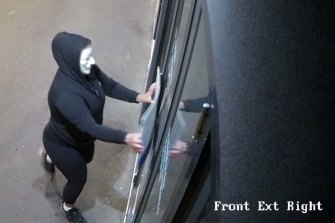 The report was tabled in the Victorian Parliament on Wednesday after a spate of incidents. The offices of Reason Party leader Fiona Patten and Liberal Democrat David Limbrick were both targeted last week.

The report said: “Continued outbreaks, rolling lockdowns and increasing concern about the virus and its impacts saw many Victorians turn to their local members of Parliament for information and assistance.

“In some cases, members became targets for those opposing lockdowns with COVID-driven restrictions.”

There were 197 security incidents in electorate offices in 2020-21, a 50 per cent increase on the previous year when 131 incidents were reported. 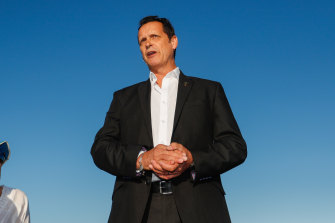 Parliamentary security responded to 112 incidents at ministerial offices, up 124 per cent on the previous year.

Animal Justice Party MP Andy Meddick said all of his staff have had to access the parliamentary counselling service at some point during the pandemic because abusive emails and phone calls had been “such a terrible strain”.

“It’s not just the volume of abuse,” he said. “Quite often it’s not the volume, it’s what’s actually being said.”

He said the threat of violence against him, his staff and family, as well as the volume of calls, had escalated “quite dramatically” during the pandemic.

He expected the abuse, which appeared to be highly organised, to increase in coming weeks as the newly tabled pandemic legislation, which he collaborated on with the Andrews government, is debated in Parliament.

“People may want to voice displeasure; that does not give people the right to be threatening or abusive.”

His parliamentary office was receiving a phone call about every 1 minute and 40 seconds, although Mr Meddick’s electorate office is currently closed.

Masked vandals targeted the office of Ms Patten in Melbourne’s inner north last week. Three people, two wearing Anonymous-style masks also known as a Guy Fawkes mask, were seen on security cameras outside her Sydney Road office in Brunswick about 1am on Thursday.

Ms Patten said glue stuck on her front windows could not be removed, and the glass would have to be replaced at a cost to taxpayers.

“My office and I regularly receive horrific abuse,” Ms Patten said in a statement at the time. “Abuse – verbal, written, vandalism – is not acceptable.”

The upper house crossbench MP temporarily quit social media earlier this month after sustained abuse, particularly about mandated vaccinations for particular workers. This week, she released a video of abusive messages being read to her.

Speaking in the Federal Parliament after the killing of British Conservative MP Sir David Amess, Ms Andrews urged MPs to continue working with their communities undeterred despite concerns for their safety.

Sir David, 69, was meeting constituents inside a church in Essex on October 15 when a knife-wielding man walked in and repeatedly stabbed him.

A 25-year-old man was arrested at the scene and British counter-terrorism police formally declared the stabbing an act of terrorism.