It’s been 16 years since The Cat Empire took centre stage at the MCG to joyously soundtrack the opening ceremony of Melbourne’s 2006 Commonwealth Games. But the memory of it still brings joy to Felix Riebl, the band’s co-founder, lead singer and, with Ollie McGill, sole remaining member of the original line-up.

“What a night,” says the 41-year-old, who is among the main drawcards at the annual Queenscliff Music Festival this weekend. “That was a lot of fun.” 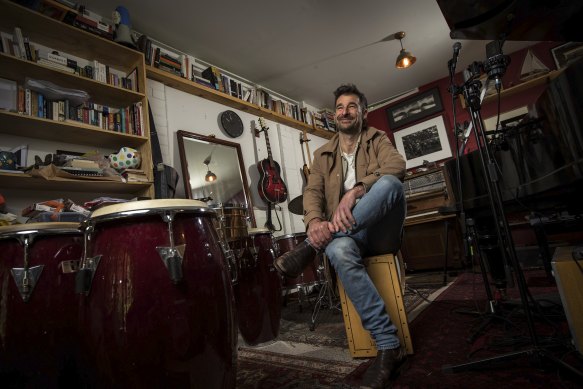 It’s not easy to categorise the sound of The Cat Empire – since forming in Melbourne in 1999, the band has flirted with jazz, ska, Latin, rock and dance, so ‘fun’ is the word that most often crops up. But the good times onstage could sometimes sit at odds with what was happening off.

Take the Bluesfest show in April this year that marked the final performance from the original line-up. It was a typically joyous occasion that sent the crowd into bopping raptures of delight, but for Riebl it was tinged with deep sadness. His brother Max was in the final stages of a battle with cancer, and just two weeks later he would be dead.

Max Riebl, a husband and father of two, was a highly regarded countertenor who had performed at the Royal Albert Hall, Vienna Concert House and on stages around the world and at home in Melbourne. He sang with the Australian Brandenburg Choir, Melbourne Philharmonic and Orchestra Victoria among many others, and though they operated in very different arenas he shared a strong musical bond with his older brother.

“Bluesfest was insane,” says Felix. “Max was a musician and the closest person to me in the world, other than my immediate family. He wanted me to be there, and I wanted to do the right thing by the music, by the audience, and people I’d shared the musical journey with. It was an incredibly intense time … a time that’s changed me as a person.”

Even as Riebl and McGill were bidding farewell to a line-up they had played with for two decades, they were taking to the Bluesfest stage again with the Indigenous group Spinifex Gum, with whom they have been collaborating since 2014.

“Spinifex Gum are a dynamite choir of teenagers, who knock people sideways whenever they get up on stage. It’s really changed my perspective on how you can write a song,” says Riebl.

“The great thing about music is the relationships you build over time, on stage, in tour buses, time in recording studios. It all informs musicality and trust between people. It grows over time.”

The fruits of his most recent relationships can be heard on Everyday Amen, his third solo album, which was released on Friday. Building on the solid rhythms and heartfelt lyrics of the earlier solo albums while amping up the grandeur with more layered, orchestral arrangements, the record was produced by his long-time friend Andy Baldwin. 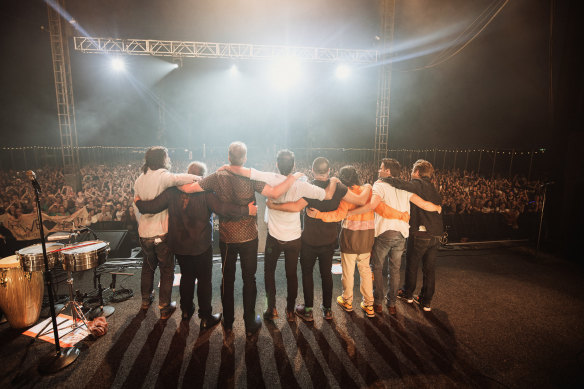 The original line-up of Cat Empire take a final bow at Bluesfest.Credit:Dara Munnis

So, too, was the newest Cat Empire album, recorded last month with the new line-up – percussionist Neta Rahmani, trumpeter Lazaro Numa and bass player Grace Barbe – and a cast of around 80 session musicians, including string ensembles, percussionists, huge horn sections and flamenco artists.

“That was one of the most exciting records I’ve ever been part of making,” says Riebl of the Cat Empire project, which will be released next year. “I love working with Andy. He likes to have records that are bursting out of their seams and the Cat Empire is such an exuberant band … we just kept lifting the bar for this album.”

Right now Riebl’s focus is on his solo shows – as well as Queenscliff on Saturday, he plays the Melbourne Recital Centre on Tuesday – but he’s excited about what the future holds for the Cat Empire MkII.

“Going back into the studio reminded us we can still play, we have new ideas and a renewed love and intent for the purity and purpose of making music,” he says. “We’re looking at the new Cat Empire as a community. Part of keeping the Cat Empire together is that Melbourne is a huge part of my life, and the Cat Empire is a part of Melbourne, in its own small way.”

Going back into the studio reminded us we can still play.

And then, of course, there’s the sense of happiness (and occasionally solace) that the band brings, to listeners and members alike.

“When music is good, uncertainty and many things that are difficult can be converted into joy, and that’s an incredibly powerful thing,” says Riebl. “With the grief that I’m still grappling with, music has been an absolute lifeline.”

Felix Riebl is at the Melbourne Recital Centre on Tuesday, November 29. For tickets and more information, go to melbournerecital.com.au

Everyday Amen is out now.