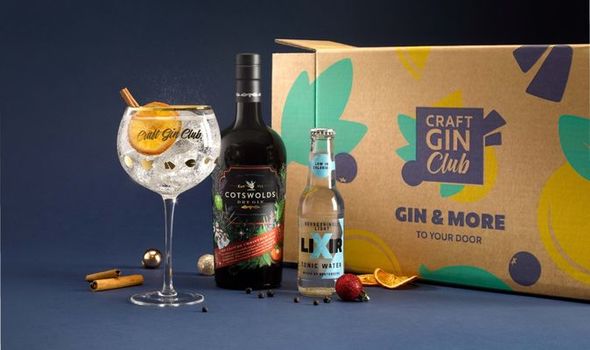 Instead, 40 percent are looking forward to cosy nights in or home parties with friends and family – and this figure rises to 49 percent among those aged 18-25.

But people are too shy to be honest about this – as 41 percent admit they’re likely to pull a sickie to avoid a night out this winter.

It also emerged that with festive work parties back in full swing, one in five will be giving theirs a miss, with more than half of the no-shows admitting they simply prefer to have a night in.

And of those who are keen to shake a leg with their office mates, 48 percent only want to go if the drinks are free.

The research was commissioned by gin subscription service, Craft Gin Club, to mark the launch of its biggest gin of the month box to date for Christmas.

Mixologist Maria Viera said: “It’s no surprise that this year, people want to balance out their various festive plans with enjoyable moments at home.

“With less pressure to attend every given event, Craft Gin Club make it easy to create the perfect evening in – especially with friends or family, so you’ll be able to save the excuses for another time.”

It also emerged that many have also become more cost-conscious, with 65 percent feeling that nights out have become more expensive than ever before.

And one in three would rather pay for their own drinks than shell out for “a round”.

The study also found that following the steady return of nightlife, those polled have become more accustomed to the taste of their own cocktails, with 40 percent preferring their own single or double measures to one made for them in a bar.

Others prefer the flavour of their spirit-based drinks at home, as 52 percent claim that concoctions made in bars are “too weak”.

A classic gin and tonic was voted the UK’s favourite cocktail (30 percent), followed by rum and coke (20 percent) and vodka cranberry (10 percent).

Eight in ten of those polled, via OnePoll, usually prepare a drink at home first before heading on a night out.

And the younger generation are most likely to do so, with this rising to 90 percent of 18-25 year olds.