No fear! Caroline Manzo dished on her former Real Housewives of New Jersey costar Teresa Giudice — and revealed which of the two women are more scared for a TV face-off.

Former ‘RHONJ’ Stars: Where Are They Now?

“I think she’s intimidated by me,” the 61-year-old star exclusively told Us Weekly on Friday, October 14, while attending BravoCon 2022. “I think that’s the crux of the problem.”

The New York native, who left the reality series after season 5 in 2013, has publicly feuded with Teresa, 50, for years. When it comes to a possible return to the franchise, however, Caroline told Us that Teresa doesn’t scare her. 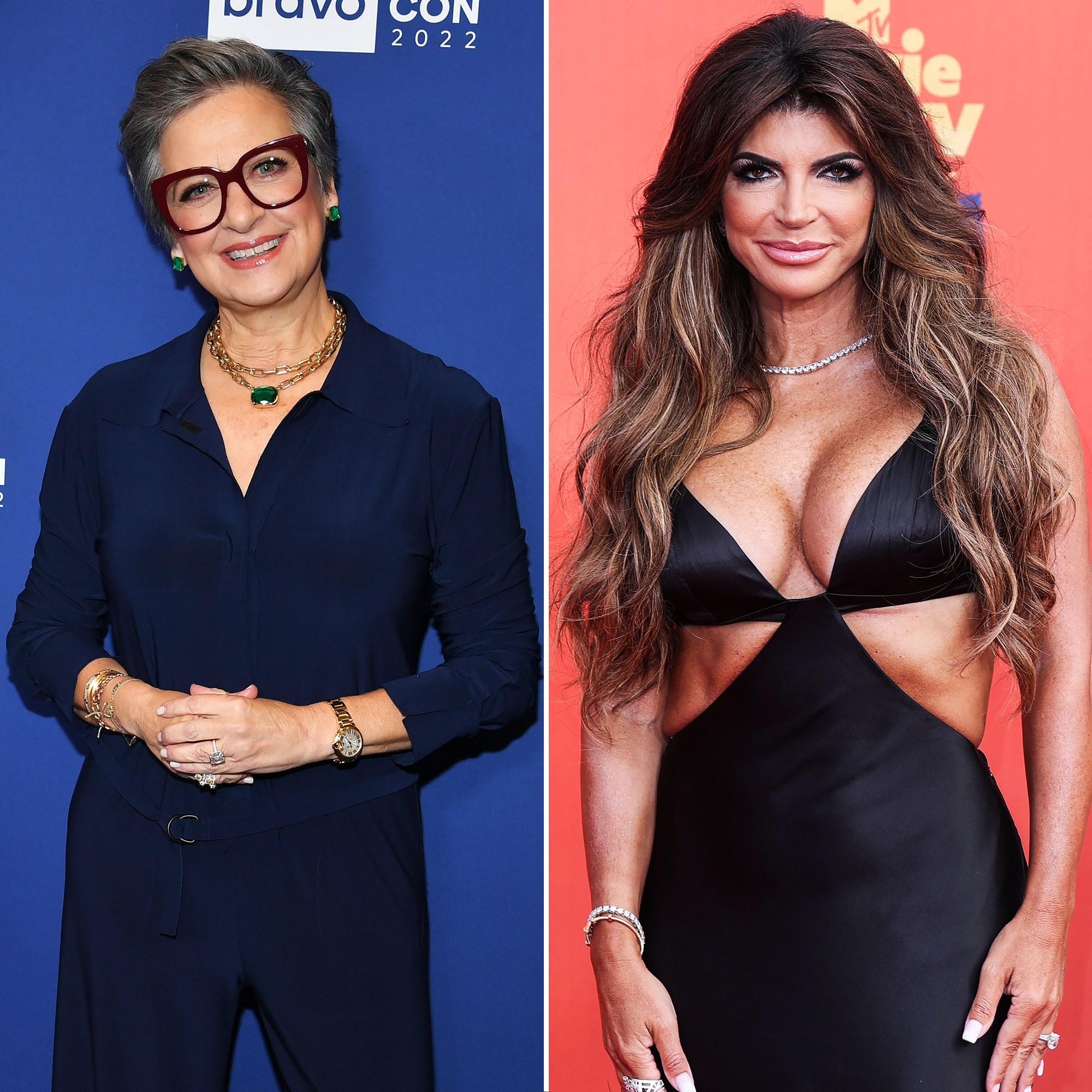 The Let Me Tell You Something author noted that Teresa, for her part, might be uncomfortable with Caroline making her TV comeback on the same show.

“I have no fear with her and truly, like, she was just on Dancing with the Stars. I celebrate her. I think it’s wonderful and exciting and she should be proud of herself,” Caroline revealed, pointing out that she has never stood back when it comes to the Turning the Tables author’s onscreen shenanigans.

The former Housewife continued: “I’m not gonna take her nonsense. So, I think that for me, I’m the one that looks at her and go[es], ‘I’m not gonna throw a drink in your face. I’m not gonna push you. I’m not gonna call you a name. I’m gonna ask you why.’ And that’s not in her wheelhouse.”

Caroline added, “So I think that’s her issue with me. It’s what’s going on between the ears that she can’t handle.”

Biggest ‘Real Housewives’ Feuds Ever — And Where the Relationships Stand Today

While the Manzo’d With Children alum hasn’t been on RHONJ in years, her drama with Teresa is much more recent. In 2019, the Skinny Italian cookbook author hinted that she believed Caroline was somehow involved with her and ex-husband Joe Giudice’s fraud conviction. (Teresa spent 11 months in prison in 2015, while Joe, 50, spent 41 months behind bars and was later deported back to his home country of Italy.)

Earlier this year, Teresa again name-dropped Caroline during the RHONJ season 12 reunion, claiming that Melissa Gorga and her brother, Joe Gorga, befriended Caroline and Jacqueline Laurita in order to turn them “against” her and her former spouse.

“You know what, Teresa? Why are you so obsessed with me?” Caroline said in response during a May appearance on her son Albie’s “Dear Albie” podcast.

She teased at the time that she may come back to the franchise to shut down Teresa. “You know what? I would get great pleasure, fans, community, to go in and just knock the s–t out of her verbally and just put her in her place,” Caroline told the listeners.

Despite her vow for justice against Teresa in May, Caroline told Us on Friday that she isn’t coming back to RHONJ just yet. She has, however, had talks with producer Andy Cohen about a potential return.

“For me, there’s a lot of variables. I left the show because I wasn’t happy. I’m not going back if I’m gonna continue to not be happy,” she said at BravoCon, noting, “I miss this fun, good, happy supporting [people].”

Ultimately, Caroline revealed, “I don’t need to worry about what knife is in my back and at what hour. But that comes with the territory.”