Victoria’s opposition leader Michael O’Brien has called for acting Premier James Merlino to respond to allegations of improper behaviour by a Labor MP, including that the MP used their parliamentary office for sexual activities.

Premier Daniel Andrews’ office has confirmed it raised concerns about the conduct of a government MP with Speaker Colin Brooks, whose office oversees the behaviour of Parliament members. 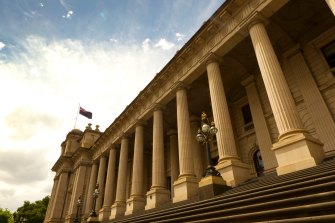 The concerns were raised on March 4 but were not pursued further because a complainant had not come forward to make a statement, anonymous or otherwise. News Limited reported on Saturday the Labor MP allegedly had sex in their Spring Street office in December.

A government spokeswoman told The Age the alleged behaviour “is completely inappropriate and falls well short of community standards”. 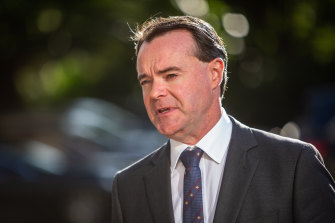 “So the question for the acting Premier is: does he approve of what this Labor MP has been doing in his office? And will he come clean and name this person, because I think Victorians have a right to know.”

Asked if any Liberal MPs had engaged in similar behaviour, Mr O’Brien said he was “not aware of that at all”.

“If it’s happened, I’m completely unaware of it. All I know is this is a Labor MP that there has been a complaint made about and certainly that’s not what people expect to go on in Parliament.” 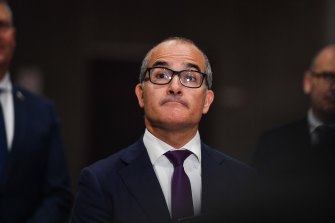 The Victorian Parliament, led by Mr Brooks, is working on an Australia-first revamp of the laws governing politicians’ behaviour in the workplace whereby MPs could be fined or sacked from Parliament for serious cases of bullying or harassing staff.

Amid a wider debate about the culture of parliaments following allegations a federal Liberal staffer was raped by a colleague in federal minister Linda Reynolds’ office, Mr Brooks wants Victoria to adopt new punishments for politicians found guilty of unacceptable behaviour as soon as possible.

Under one proposal, the power to fine, suspend or expel an MP could be handed to a new independent commissioner who would be able to bypass the Parliament and, for the first time, sanction rule-breaking MPs.

The proposal would be a significant departure from the current regime where MPs can only be expelled by a vote of their colleagues.