Paul McCartney reveals how he still talks to George Harrison

Paul McCartney loves wearing a face mask: ‘I can go anywhere and do anything’

Paul McCartney says he sued The Beatles to save them

Sir Paul McCartney switched up his style on Tuesday, putting some of his hair up into a small man-bun-like ponytail during a trip to St. Barts.

The 78-year-old Beatles icon was joined by his wife Nancy Shevell, 61, for the Caribbean getaway. While she opted for a hat and a pink cover-up, McCartney wore only his patterned swim trunks.

The pair, who have been married since 2011, shared a warm embrace under the sun.

In 2018, McCartney ditched his auburn hair dye, embracing a more natural, grey look. While he has rocked many hairstyles over the years, ranging from the college boy cut to the mullet, his practical pony joins the ranks of male celebrities trying out updos. 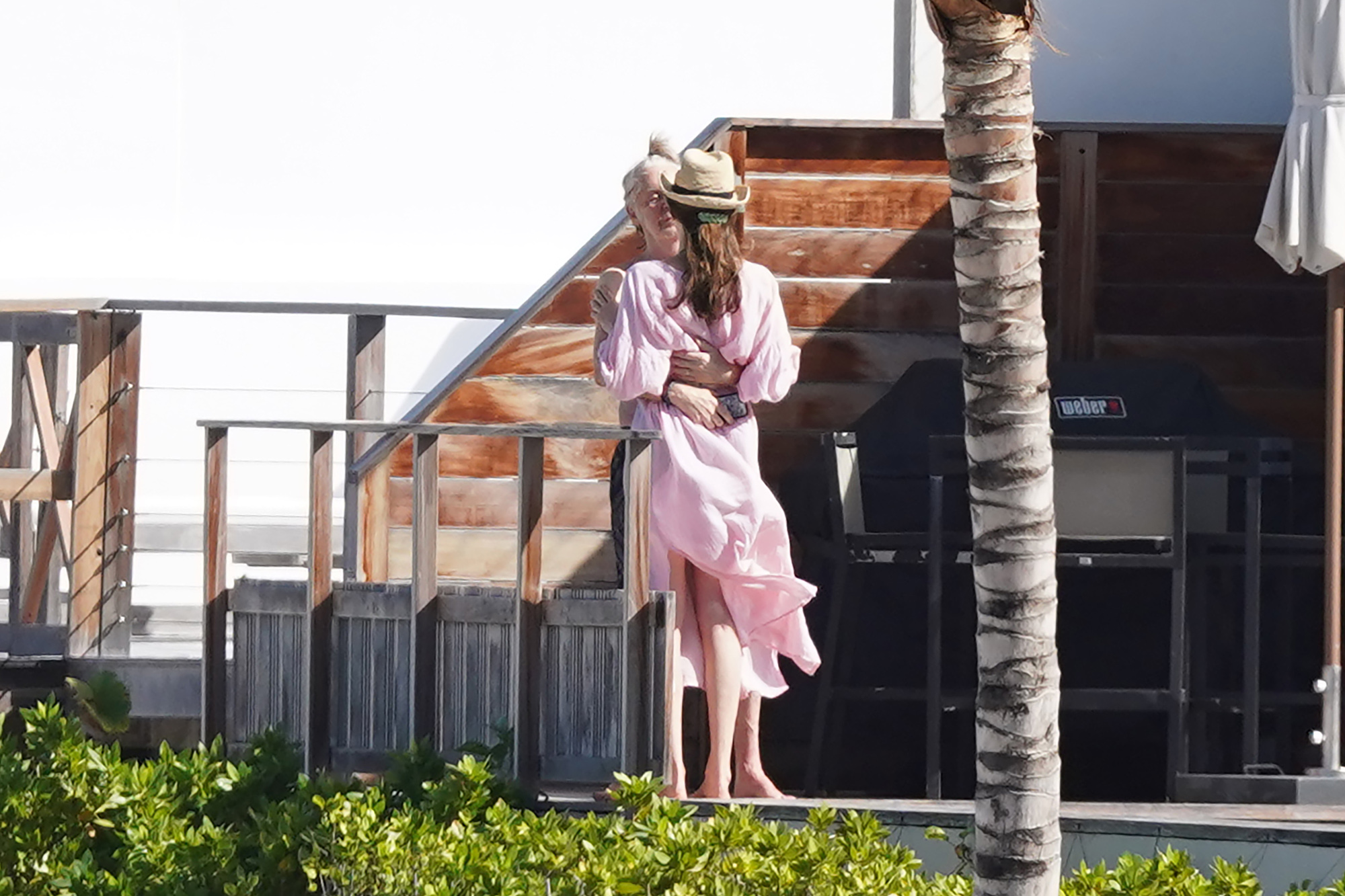 Perhaps the trendy style is all part of McCartney’s celebration after his new album, “McCartney III,” put him on top of the Billboard chart for the first time in 31 years.

McCartney is one of many celebrities soaking up the sun in St. Barts this winter despite the CDC’s COVID-19 warnings. Stars including Chrissy Teigen and Sofia Richie have also been spotted hitting the beach this week.