Julianne Hough and Brooks Laich: The Way They Were

The Dancing With the Stars alum, 33, and the 6-foot-3 model were spotted in Los Angeles on Friday, November 19, according to pictures obtained by Page Six. The duo went to a restaurant to pick up some takeout, including a few green juices. 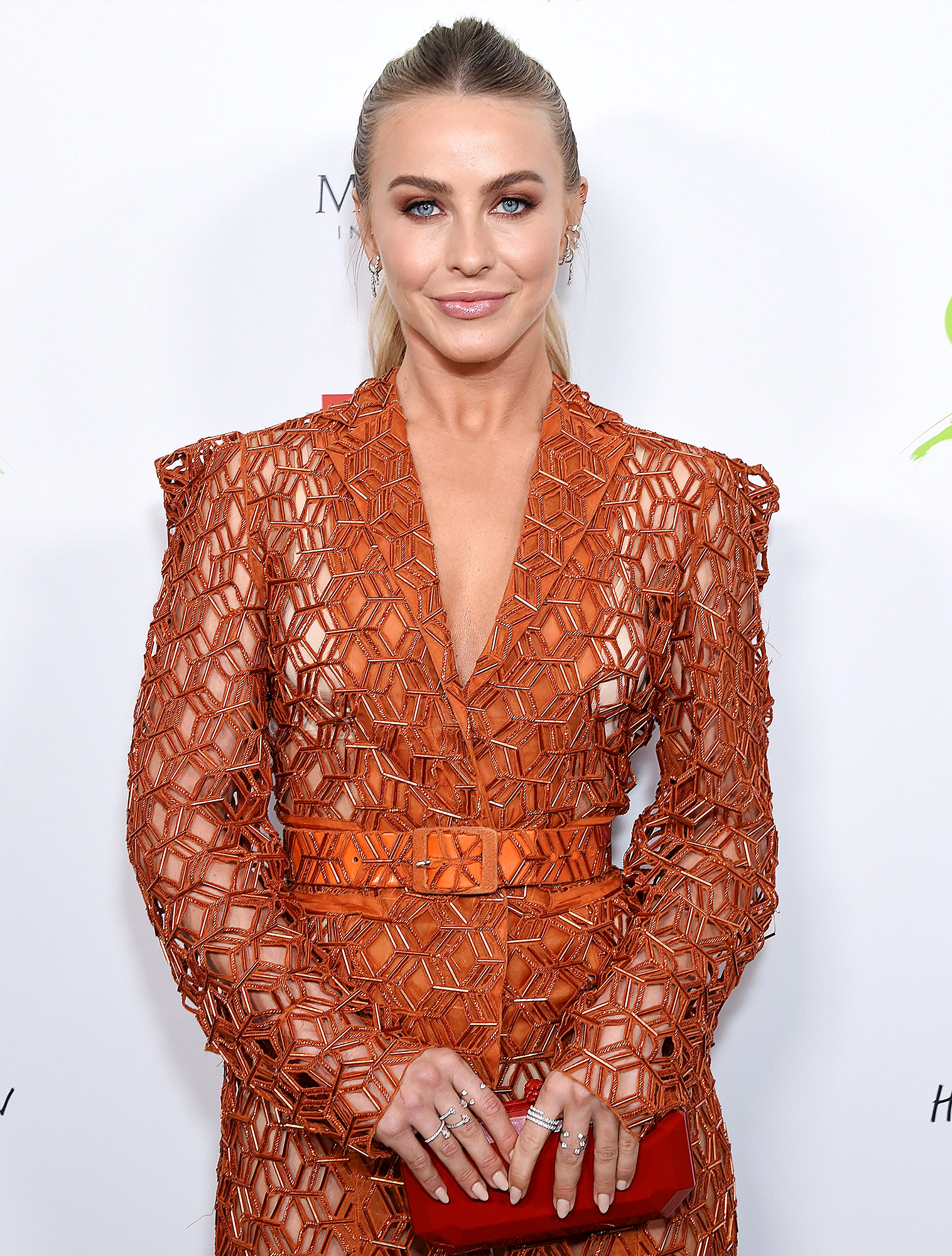 The possible new couple kissed and hugged before putting on their masks to grab some grub. The dancer looked very casual in a brown jacket, sports bra, baggy sweatpants and fuzzy sandals. Wilson, who is represented by Ursula Wiedmann Models, wore a bright green T-shirt with copper-colored trousers and sneakers.

The potential relationship would be a new chapter for Hough, who filed for divorce from estranged husband Brooks Laich one year ago. The legal process started five months after the couple announced their split.

“We have lovingly and carefully taken the time we have needed to arrive at our decision to separate,” they said in a joint statement at the time. “We share an abundance of love and respect for one another and will continue to lead with our hearts from that place. We kindly request your compassion and respect for our privacy moving forward.”

The Safe Haven actress and the retired hockey player, 38, started dating in 2013 and married in July 2017 after an almost 2-year engagement.

Len! Julianne! ‘Dancing With the Stars’ Judges Through the Years: Photos

A source exclusively told Us Weekly in May 2020 that Hough and Laich “argued a lot,” adding, “[They] just had different viewpoints on important issues. [They were] trying to find themselves separate from one another and deal with any issues they’ve faced that were exasperated while married.”

Throughout their five-month separation, they stayed in touch and some speculated that the two would get back together. Ultimately, another insider explained to Us that they just weren’t able to work out their differences.

“Julianne and Brooks just can’t get past their problems,” a source revealed in November 2020 after Hough filed the divorce papers. “Julianne had a dinner party with friends a few months ago, which Brooks came to. They were trying to be lovey-dovey with each other and have a good night with a few friends, but Brooks ended up bringing up some of their issues in front of everyone and it became a big fight.”

The Fresh Vine Wine cofounder hasn’t been in a confirmed relationship since her split. While enjoying the single life, Hough was spotted with actor Ben Barnes several times and another insider told Us that she was “leaning on” him. The duo never confirmed if their friendship blossomed into a romance.

From ‘DWTS’ Champ to Triple Threat! Julianne Hough Through the Years