Australians have been left speechless over a woman’s incredibly organised linen closet, but there’s one bizarre detail people can’t look past.

A photo posted in an interior design group on Facebook shows a five-tier shelf filled with 24 containers marked with labels like towels, pillowcases and bedsheets – as well as an entire box exclusively for batteries.

‘It looks like a morgue, why do you need an entire tub dedicated only to batteries?’ one woman asked.

Another argued there is ‘surely more in some containers than what’s written’ on the front, but the owner confirmed: ‘If it’s not labelled, it doesn’t go in the box.’ 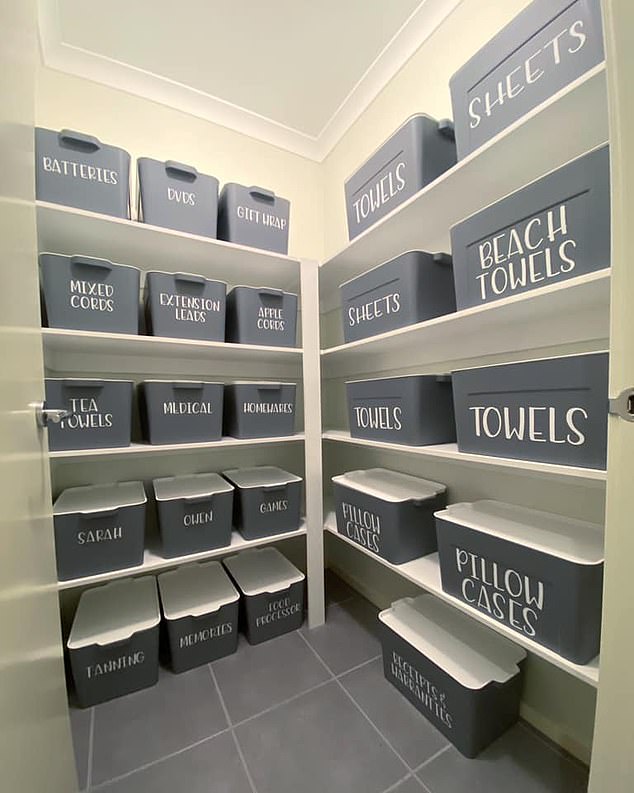 Next level linen closet: A five-tier shelf is filled with 24 containers marked with labels like towels, pillow cases and bed sheets – as well as an entire box dedicated to batteries (top left)

Still, people questioned the practicality of having such an enormous container solely for batteries.

One said: ‘Nice and organised, yet I wonder how full the batteries box is!’

A second said ‘that’s a LOT of batteries!’ while a third joked it ‘takes up the same real estate as a house full of sheets.’

The photo has gone viral since it was posted late Monday night, with hundreds branding it the best thing they’ve ever seen.

Another said: ‘Now that’s organisation! It looks like the inside of my head on a ‘good’ day.’

Answering questions in the comments section, the owner revealed the boxes are the $10 ‘Stackable Container with Lid Large’ from Kmart.

She said she made the labels herself using a ‘cricut maker’, a machine that cuts sewing patterns and stencils in just a few clicks.

And people were seriously impressed, writing responses like ‘my gosh, this is so satisfying’ and ‘this is next level stuff’. 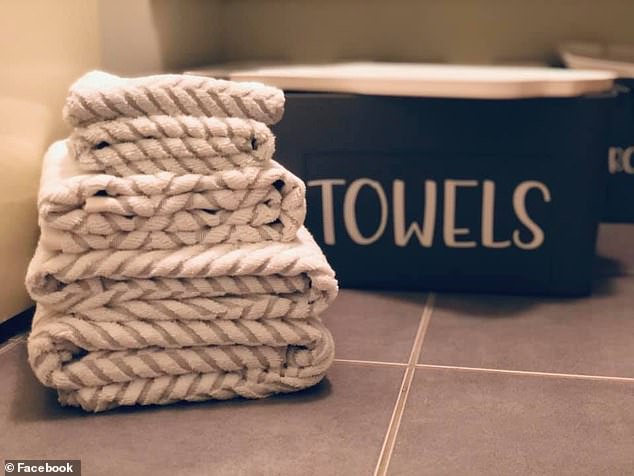 A photo of the closet has gone viral since it was posted late Monday night, with hundreds branding it the best thing they’ve ever seen

One woman tagged her friend saying ‘I think I’m in love’ while another joked her ‘OCD can’t handle’ the towels and bed sheets being spread across different shelves.

‘Although if you send the kids to get you the green tub, they’ll probably come back with all of the green tubs,’ she added.

Another said she wanted to arrange her closet the same way but couldn’t justify spending $240 for 24 $10 storage tubs.

But the owner pointed out that ‘once you’ve bought them, you’ll have them forever.’