Two people are dead and as many as 10 others injured after a section of highway collapsed west of Lucedale, Mississippi, late Monday night, CBS Mobile, Alabama affiliate WKRG-TV reports. The collapse was caused by torrential rain, presumably from one-time Hurricane Ida, the Biloxi, Mississippi Highway Patrol told CBS News.

Troopers said both lanes of Highway 26 collapsed. Lucedale is a small city in extreme southeast Mississippi, across the state line from Mobile.

Rescue teams and emergency personnel were at the scene searching for more survivors, WKRG said. 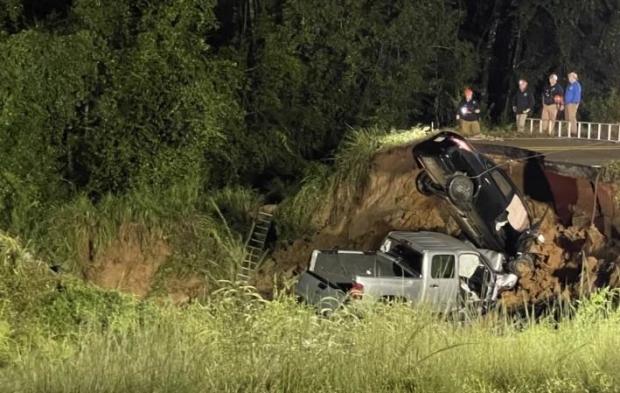 Seven vehicles were involved, the highway patrol told CBS News, adding that three of the people who were hurt were in critical condition.

The patrol said the collapse is at least 50 feet long and 20 feet deep, making the highway “completely impassable,” and it will be closed until state engineers can determine how long repairs will take.