Soaring energy prices have driven a near-40 per cent increase in the number of Australians in debt from unpaid bills, adding urgency to Prime Minister Anthony Albanese’s push to broker a deal between feuding state governments to solve the crisis.

New figures from the Australian Energy Regulator reveal most households have faced double-digit electricity and gas bill hikes in the past year as a “perfect storm” of factors including the war in Ukraine, power station failures and coal mine disruptions pushed wholesale power prices to all-time highs. 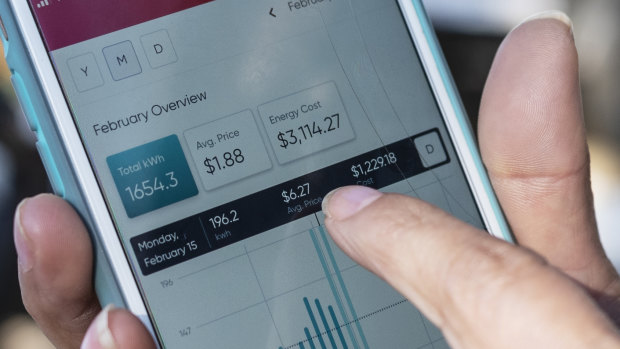 The number of customers with a debt over $2500 for more than 24 months has risen by 39 per cent under the strain of higher energy bills.Credit:AP

Customers with a debt of more than $2500 for more than 24 months had risen by an alarming 39 per cent under the strain of higher bills, the figures showed, while half of all customers in financial hardship programs were failing to meet ongoing energy usage costs, amassing even more debt.

“Some customers have already faced double-digit price rises of up to 20 per cent for electricity and 15 per cent for gas in this current financial year,” she said.

“Many of the debt and hardship metrics and indicators presented in our report may worsen over time because of the impact of rising wholesale gas and electricity costs in 2022.”

State and federal energy ministers are assessing a range of potential market interventions to blunt the sharp rises in east-coast energy costs, including setting unprecedented limits on the prices that coal and gas producers can sell to power stations and other domestic buyers.

“Just as we brought state and territory governments together to take urgent action to keep the lights on in our first month in office … I’m confident we will be able to reach agreement on a plan that delivers for every part of Australia,” Albanese said at an Australian Chamber of Commerce and Industry event on Wednesday night.

“I fully appreciate that rising energy costs are putting significant pressure on your businesses, as well as family budgets around Australia.”

However, ahead of ministers’ negotiations over the price caps next week, a rift is threatening to erupt between the southern states of Victoria and NSW, both of which are at risk of gas shortfalls and higher prices in coming years, and Queensland, which has abundant gas and coal production.

Queensland Premier Anastasia Palaszczuk warned Queenslanders must be “fully compensated” if the federal government intervened in the coal market and damaged the profitability of its state-owned coal-fired generators. She said on Wednesday NSW and Victoria should “build a pipeline to Queensland” if they are running short of gas, instead of imposing gas price caps.

The manufacturing industry, which depends on gas for energy and as a raw material, has been advocating for the government to set a $10-a-gigajoule cap on wholesale gas prices, presently trading at more than $20 in Australia’s south-east.

Analysts are expecting a cap to be ultimately set at a price above $10 a gigajoule. Still, the gas industry is pushing back against the government’s proposal for price regulations, warning caps will deter investment needed to develop new projects that will be increasingly needed to increase local energy supplies and put downward pressure on prices in the longer run.