Too much for some! Prince Nicolas of Sweden, 6, takes a nap on his dad’s lap while his mum Princess Madeleine and grandparents enjoy a dance during family outing to a concert

The Swedish royal family got their dancing shoes on for a concert as they enjoyed  a relaxed family outing at the weekend.

Princess Madeleine, 39, appeared in great spirits as she danced during a performance at Solliden Sessions near Borgholm on Saturday 10 July.

Perfectly nailing summer chic, she sported a floaty floral print skirt which grazed her shins and draped a denim jacket over her shoulders.

However, her husband Chris O Neill stayed in his seat while their son Prince Nicolas, six, fell asleep with his head on his dad’s lap, who seemed tired out by all the fun.

Meawhile, even Queen Silvia, 77, and King Carl XVI Gustaf, 75, joined in by clapping and swaying to the music, alongside their son-in-law Crown Prince Daniel and granddaughter Princess Estelle. 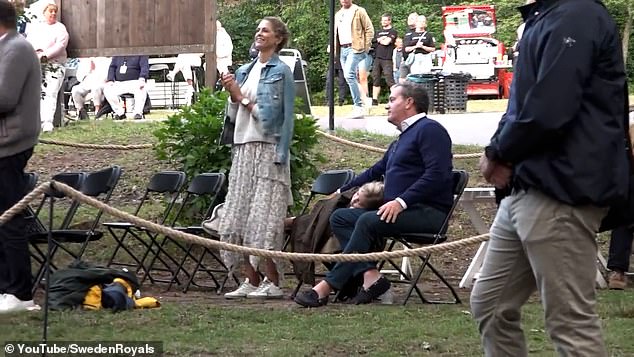 Madeleine added a fine knit top and a pair of white trainers to her laid back look as she clapped and swayed to the music.

The Duchess of Hälsingland and Gästrikland slicked her golden tresses back in an effortless up-do for the concert.

The mother-of-three, 38, who lives in Miami, Florida, was joined by her husband Christopher O’Neil, who stayed seated for the performance but kept tapping his foot to the beat.

He let his son, Prince Nicolas, six, rest his head on his lap and covered him with a jacket as he curled up on a chair and slept. 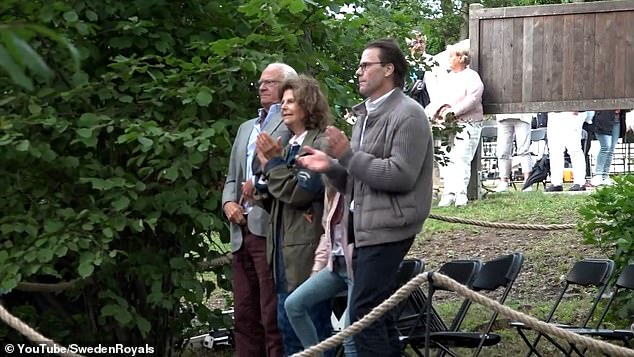 The royals, including Prince Daniel, Princess Estelle and Madeline’s daughter, Princess Leonore danced during a performance at Solliden Sessions near Borgholm on Saturday

In the row in front, Prince Daniel, Princess Estelle and Madeline’s daughter, Princess Leonore of Sweden also danced along, after turning up to the show spontaneously.

This is for the new ‘Solliden Sessions’, where a number of different artists perform during the summer to an audience of 500 people.

The outdoor concert aims to bring an intimate experience with fans, who can enjoy a number of Swedish artists in a small space 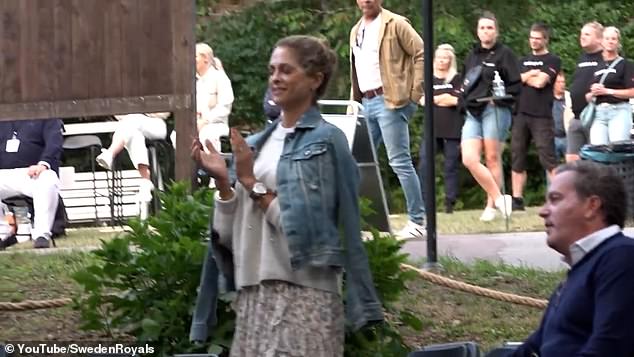 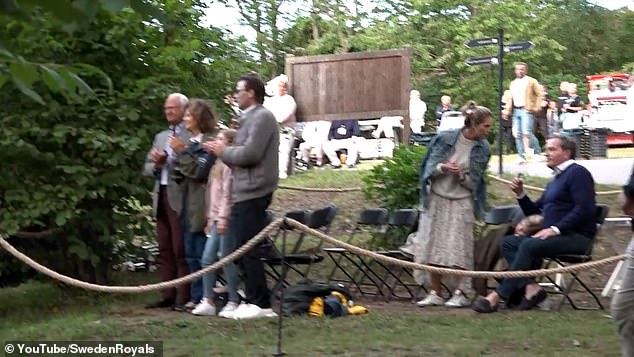 Located next to the castle’s restaurant, Kaffetorpet, on the border of the nature reserve Slottsskogen, the area is said to bring a ‘new music experience’ for guests.

In October last year the Swedish royal palace announced that the princess’s children were among the five grandchildren of King Carl XVI Gustaf of Sweden to have their royal titles dropped.

It is hoped the move will give them ‘a greater opportunity to shape their own lives’ according to Princess Madeleine. 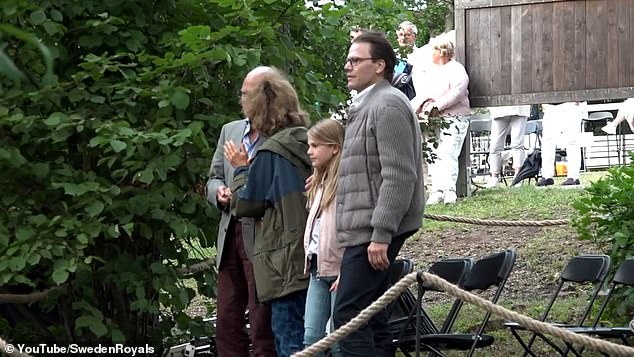 Following the official announcement, Princess Madeleine took to her Instagram page to state that the decision would give her children more control over their own lives.

She posted a picture of herself with her three children next to a statement which read: ‘This change has been planned for a long time.

‘Chris and I think it is good that our children now have a greater opportunity to shape their own lives in the future as individuals.’

Madeleine and Christopher moved their family to Florida in 2018.