Pull out all the stops, King Charles, and give Britain a day to remember, writes DANIEL JOHNSON

King Charles’s reported plans for a slimmed down Coronation next year are in keeping with his vision of a modernised monarchy.

But would it really be wise to have the Coronation shortened from three hours to one, the guest list cut by three-quarters and a less formal dress code?

The King will still be anointed by the Archbishop of Canterbury, but the accompanying rituals will be reduced and the language will be ‘adapted so as to be understandable to a modern audience’.

Rewriting such an archaic ceremony, which is older than Westminster Abbey itself, is a perilous undertaking. While the liturgy used to crown the monarch has evolved over the centuries, it remains a religious service and every part of it has a significance that is not merely secular, but sacred. 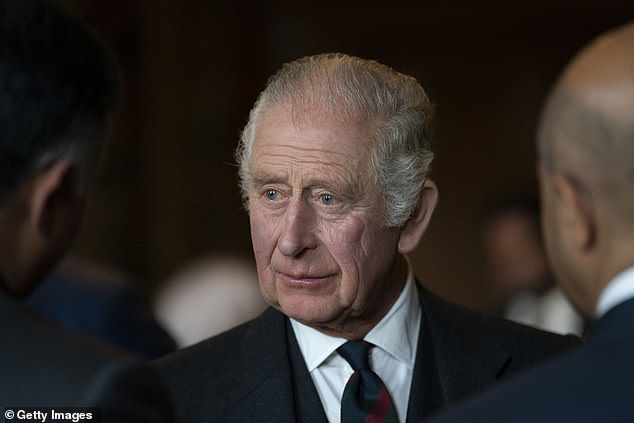 The origins of the English monarchy are obscured by the mists of time. It is the Coronation that connects us to the very beginning of our existence as a nation state.

Handel’s anthem Zadok The Priest, composed for George II’s Coronation in 1727 and sung at crownings ever since, is a reminder of the thread of history stitched into this extraordinary ceremony.

The words, taken from the Biblical passage describing the anointing of King Solomon, have been used at every Coronation since the Anglo-Saxon King Edgar was crowned in Bath in 973: ‘And all the people rejoiced and said, God save the King! Long live the King! God save the King! May the King live for ever. Amen. Hallelujah.’

The plans appear to have been made in view of the cost of living crunch millions are facing.

Yet I am not at all sure that a cut-down, updated version is what the country actually wants.

Perhaps the King and his advisers should reflect on the lessons to be learned from the solemn, moving yet magnificent spectacle that we witnessed only last month.

There was nothing ‘slimmed down’ about the Queen’s funeral. You can’t really do these things by halves.

It was, quite rightly, judged by the world to have been a fitting farewell to a universally admired monarch. The nation was thrilled by a breathtaking display, laid on to express our love and gratitude to our beloved Sovereign – gratitude that she had earned by a lifetime of devoted service.

If ever there was a time and a place for pomp, this was it. For ten days, we marvelled at a sequence of splendid ceremonies, beginning in Scotland followed by the lying-in-state and culminating in the obsequies at Westminster Abbey and St George’s Chapel. The day of the funeral was full of moments that will live in our memories for ever.

Who could forget the pallbearers, as they carried the mortal remains of their Commander-in-Chief out of Westminster Hall, to be greeted by the King, his family and the gun carriage drawn by naval ratings? 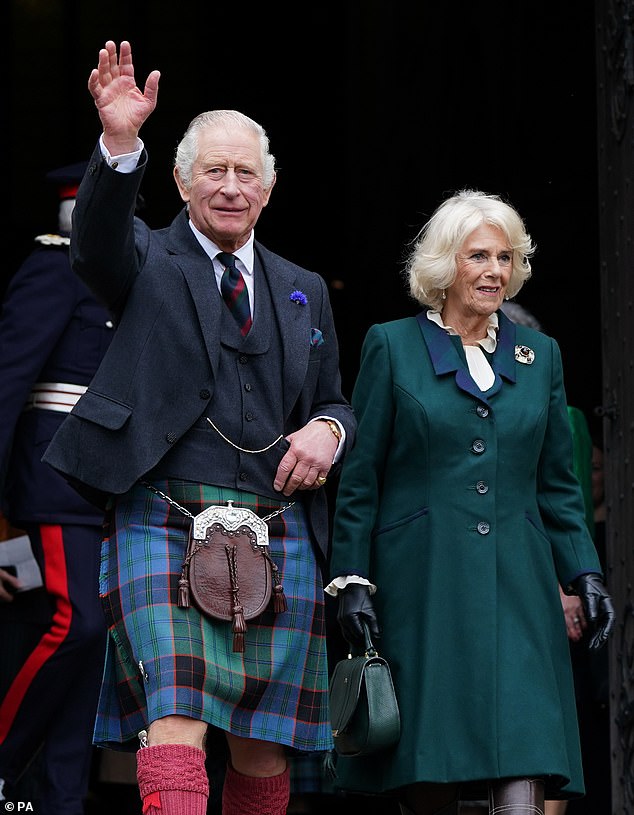 The King will still be anointed by the Archbishop of Canterbury, but the accompanying rituals will be reduced and the language will be ‘adapted so as to be understandable to a modern audience’

None of the grandeur, flawlessly executed by many thousands of people, happened by accident. It had been carefully planned and rehearsed for years.

The late Queen herself was intimately involved. It was her decision to hold the funeral in Westminster Abbey rather than St George’s Chapel in Windsor, so that as many people as possible could attend.

This was a break with precedent: no royal funeral had taken place at the Abbey since the 18th century. No doubt some officials disapproved, tut-tutting about the cost or fretting about security.

Yet it was unquestionably the right decision. With her unerring instinct for the public mood, Her Majesty knew what the nation, Commonwealth and the world expected.

And she was as aware as anyone that the monarchy brings in so much more than it costs in terms of soft power, prestige and tourism.

So it should be with the Coronation of King Charles. I am glad he has let it be known that he will be crowned as defender of the faith, not defender of faith.

It is a Christian ceremony and must reflect the liturgy and beliefs of the Church of England, of which the King is the Supreme Governor. I am glad that we have a Church established by law in this realm, even though I myself, as a Roman Catholic, do not belong to it.

The leaders of other faiths recognise their freedoms and rights are better protected in this Christian country than in an atheist one.

The great and much lamented former Chief Rabbi, Jonathan Sacks, told me he was grateful to live in a land where the Anglican faith was primus inter pares (first among equals). He feared a militantly secular Britain would be less tolerant and Jews in particular might feel less at home here.

It is understandable that the King wants his Coronation to reflect the more diverse country we have become in the past 70 years.

But he should beware of ‘woke’ attempts to change the ceremony to accommodate those of all faiths and none. There’s a danger that Charles risks making himself somehow less authoritative if he’s not going to be presented to the world as a full-on monarch.

Similarly, Charles should not worry too much about the cost, at a time of concern about rising inflation, taxes and mortgages.

That cost is a drop in the ocean of public spending. Those involved in the ceremonials will count it an honour and most of it won’t cost the taxpayer a penny. This is the ultimate public occasion. It has nothing to do with private extravagance by a few royals, some of whom may be open to criticism.

Only a rump of embittered anti-monarchists will begrudge us the pomp and circumstance the British do better than anyone else on Earth. So my message to His Majesty is: pull out all the stops, Sir.

Let the nation enjoy a day of joyful celebration at the crowning of our new King.