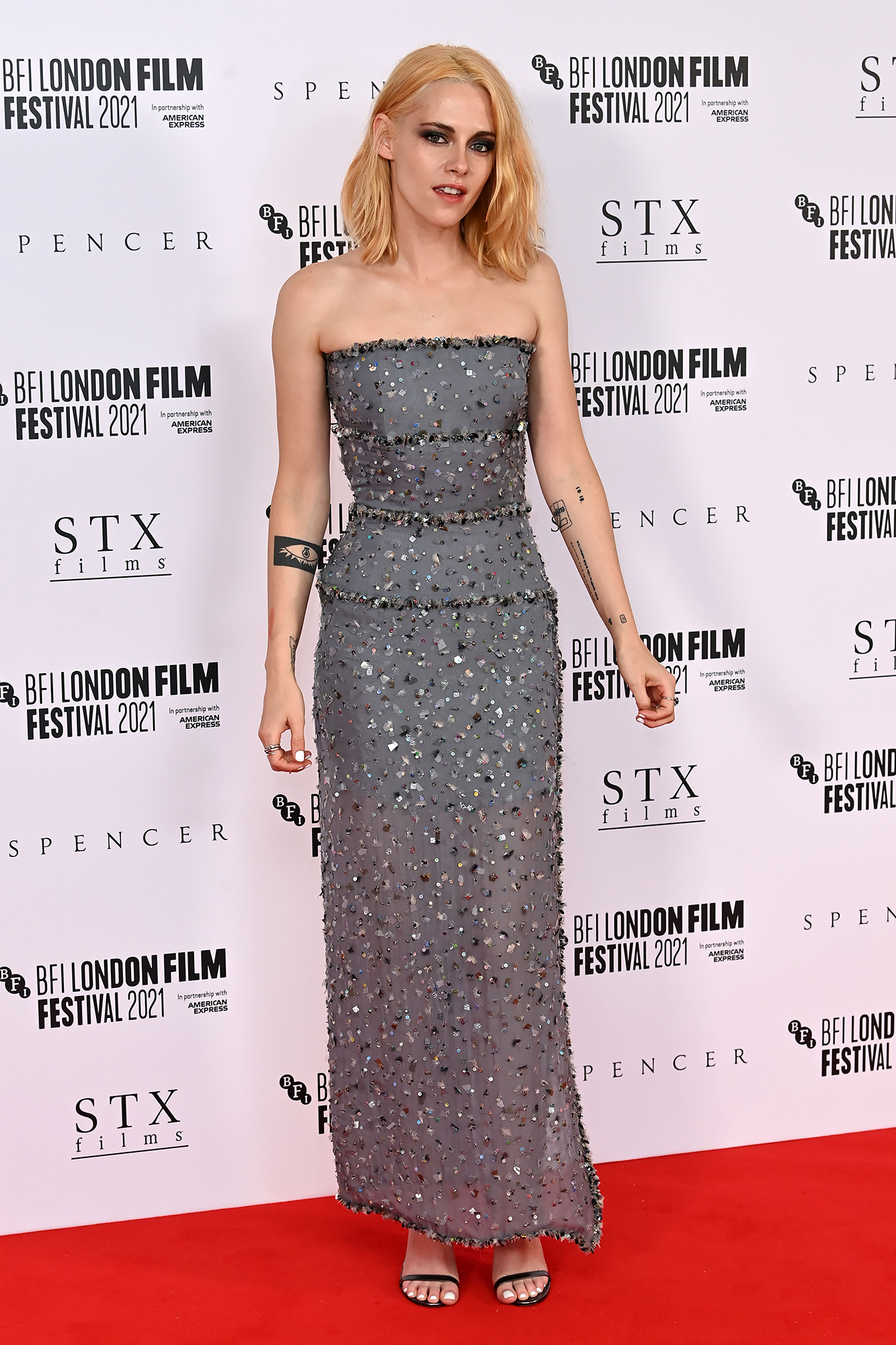 Punk rock princess! Kristen Stewart may be playing Princess Diana in the movie Spencer, but she’s making it clear that her style is a bit more spunky than the late royal.

For the film’s premiere at the BFI London Film Festival on Thursday, October 7, the 31-year-old actress looked absolutely breathtaking in a strapless Chanel gown. The dress struck a balance between timeless simplicity and experimental edge, pairing the strapless neckline and elegant silhouette with head-to-toe crystal embellishments. Stewart worked with stylist Tara Swennen.

When it came to the hair of it all, the Twilight alum rocked her new blonde hue in beachy waves thanks to a little help from hairstylist Adir Abergel. He used a handful of products from Virtue Labs to add texture, volume and shine to her locks. Abergel had her part a bit uneven to really drive home the grungy glam vibe.

Let’s move on to makeup, shall we? Stewart teamed up with Chanel and makeup artist Emma Kotch for a gorgeous smoky face beat. Kotch kicked things off by creating a glowy — not greasy — complexion.

She used the brand’s Vitalumiére Radiant, Moisture-Rich Fluid Foundation as the base. The product, which is the ultimate radiance booster, provides medium coverage. Kotch then went in with the brand’s concealer, Le Correcteur de Chanel.

Of course, adding a little color back into the complexion is a must. Her secret weapons? The Les Beiges Healthy Glow Sheer Powder and the Les Beiges Blush Stick.

There’s no question that this look was all about the eyes though. The smoky hues even matched her dazzling dress! To get the look, Kotch relied on the Les 4 Ombres eyeshadow quad in Blurry Green. The key for recreating this look at home? Make sure to blend!

While this ensemble is hands-down one Stewart’s best fashion looks to date, she has been making quite the stylish splash in recent weeks. At the Met Gala for example, she committed to a retro look, rocking a ruffled pink Chanel blouse and wide-leg trousers. She opted for a pink smoky eye and power pony that created the illusion of fake bangs.

A few days earlier, she stunned at the premiere of Spencer at the Venice Film Festival. For the screening, she wore a foam green silky set, also by Chanel, that had lace trimming and a black belt.