Queen Elizabeth does not think this is the right time for her son, Prince Andrew, to make his royal comeback. One year after his disastrous BBC interview in the wake of the Jeffrey Epstein scandal, a royal expert says the queen “won’t consider” Andrew’s return to royal life “for a second.” 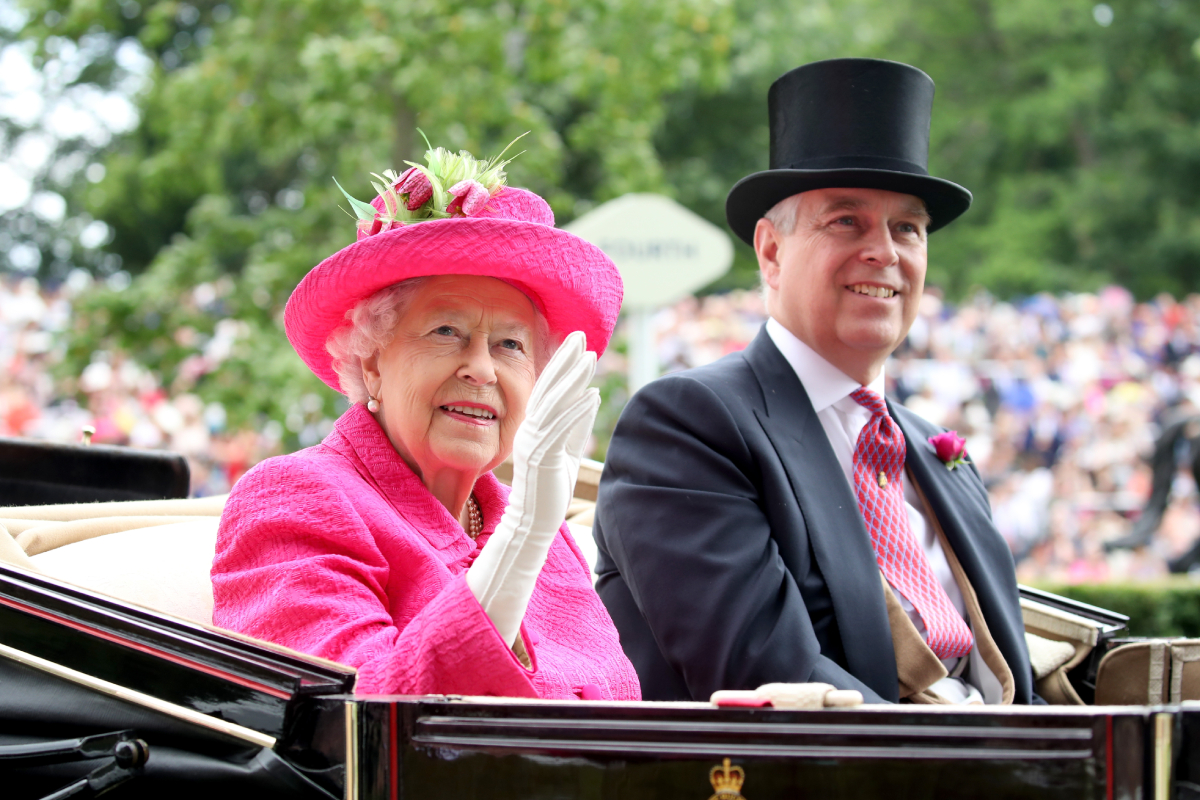 In late October, The Guardian reported that recently unsealed court documents contained Ghislaine Maxwell’s 2016 deposition about her relationship with Epstein. The deposition related to accuser Virginia Giuffre’s claim that Maxwell helped Epstein abuse her in the early 2000s.

Maxwell answered a long list of questions about the late sex offender and his interactions with Giuffre and other young women. She denied Guiffre’s claims, both in the deposition and in a public statement.

Maxwell did confirm that she sent an email the day after Giuffre came forward and made her abuse claims. The subject line said “Giuffre” and the email read, “Have some info. Call me when you have a moment.” The recipient’s name is redacted, but the timing of the email suggests it went to Prince Andrew.

When Giuffre’s lawyer asked Maxwell what she and Prince Andrew discussed on that call, she said she “didn’t have any specific knowledge of that call.”

Giuffre’s attorney then noted in the email that Prince Andrew says “let me know when we can talk.” Prince Andrew allegedly added, “Got some specific questions to ask you about Virginia Roberts [Giuffre].”

Maxwell says she did speak with Prince Andrew “at some point.” She says that when they discussed Giuffre, they talked about “what a liar she is.”

“I don’t think he told me why she was a liar. The substance of everything that she said was a lie with regard to him,” Maxwell said.

Prince Andrew has vehemently denied Giuffre’s allegations. She says that the divorced prince had sex with her when she was just 17-years-old. Giuffre also claims she was Epstein’s sex slave and Maxwell helped him.

Epstein was in a Manhattan federal jail in August 2019 for sex-trafficking charges when he allegedly committed suicide. Maxwell is currently in jail and waiting for her day in court due to her relationship with Epstein. She is facing sex-trafficking and other charges.

Meanwhile, Prince Andrew is reportedly ready to return to royal life. According to The New York Post, Andrew secretly met with his mother in late October to discuss his return. Reports from The Sun claim that the 60-year-old prince “snuck” into Windsor Palace to avoid cameras.

“This looked like a deliberate attempt not to be seen,” an insider claimed.

Even if Prince Andrew wants to make a royal comeback, palace sources say that Prince Charles and Prince William are “united” against Andrew returning to a public role. The insider says there is “zero chance” that Prince Andrew will ever return to “front-line duties”. The source added that “he will remain very much on the outside.”

“Whatever [Andrew] may think his future looks like, he should be under no illusion that view is not shared by the people who actually make the decisions within the family,” the source said.

Not only is Prince Andrew’s brother and nephew against him returning to a public role in the royal family, so is his mother. Express reports that Queen Elizabeth won’t consider Prince Andrew’s return “for a second.”

During ITV’s Royal Rota, royal commentators Chris Chip and Lizzie Robinson discussed the possibility of the Duke of York returning to royal life. Chip said that Andrew must follow a long-term plan, and the timing right now just isn’t right.

“There were some reports last weekend that he was going to make some sort of comeback, which I thought was remarkable,” Chip said. “I cannot believe for one second that anyone in the Royal Family will be thinking of putting Prince Andrew front and center of any event any time in the near future until all of this has been decided one way or another.”

Robinson agreed, finding the reports “extraordinary.” She says that until Prince Andrew has spoken to the FBI and clears things up, he is nothing but a distraction. Robinson and Chip also agreed that Maxwell needs to get through the legal process, and Prince Andrew must be completely exonerated if he wants to return to work.