Australia’s patchwork of whistleblower laws must be overhauled and a single authority set up to enforce protections, transparency advocates have argued, as the parliament prepares to pass laws to create a federal anti-corruption watchdog.

The Albanese government gave ground on its landmark bill to establish a National Anti-Corruption Commission on Tuesday, agreeing to beef up protections for journalists and their sources and requiring surveillance warrants to be issued by federal superior court judges rather than members of the Administrative Appeals Tribunal.

The legislation is expected to pass through both houses by the end of the sitting fortnight with Coalition and crossbench support, paving the way for the watchdog to be up and running by mid-2023. 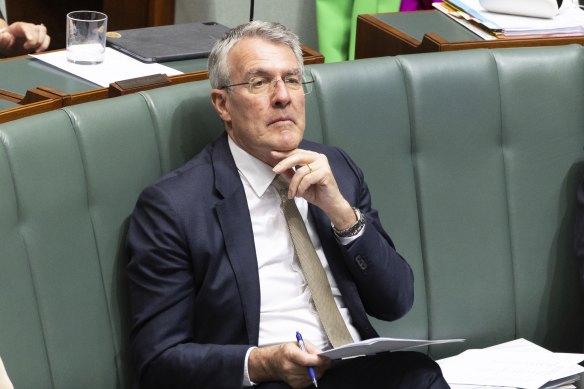 Attorney-General Mark Dreyfus will introduce a bill aimed at strengthening protections for whistleblowers. He says it will be the first of two tranches of reforms.Credit:Alex Ellinghausen

But its passage will be preceded by a lengthy debate over amendments. As the lower house prepared to sit late on Tuesday night to debate the bill, Attorney-General Mark Dreyfus said the government had “listened to concerns from the media sector and their advocates” with its amendments to expand protections for journalists.

But it will resist attempts by Independent MP Helen Haines, ACT Senator David Pocock and the Greens to scrap a controversial provision requiring hearings to be held in private unless there are “exceptional circumstances”, teaming up with the Opposition to defeat the crossbench.

Shadow Attorney-General Julian Leeser confirmed the Opposition would back the bill and would seek instead to strengthen the test to safeguard private hearings by requiring the commissioner and a deputy commissioner to jointly sign off on decisions to hold public hearings.

Haines and Pocock, who had pushed for the NACC bill to have stronger protections for whistleblowers, will on Wednesday launch a new report from the Human Rights Law Centre and Transparency International calling for wholesale reform to Australia’s “incomplete and messy” patchwork of whistleblower laws.

Griffith University professor AJ Brown, a board member of Transparency International Australia, said Australia had “rapidly fallen behind” other democratic countries when it came to protecting whistleblowers.

“Complex laws, full of loopholes and lacking practical support, are not fulfilling their purpose of protecting those who speak up,” Brown said.

Dreyfus will take the first step towards strengthening the protection framework next week by introducing a bill to amend the Public Interest Disclosure Act – laws aimed at protecting Commonwealth public servants from reprisal for reporting wrongdoing – in line with Labor’s election promise to enact “key recommendations” from the 2016 Moss Review of the legislation.

Dreyfus has also committed to pursuing a larger tranche of reforms to address “the underlying complexity of the scheme”.

Kieran Pender, senior lawyer at the Human Rights Law Centre, said while the foreshadowed reforms were a “positive first step”, the effectiveness of the NACC depended on wholesale and robust changes that enhanced safeguards for both public and private sector employees “in the shortest possible time frame.”

“The ongoing prosecutions of tax office whistleblower Richard Boyle and war crimes whistleblower David McBride only underscore the shortcomings in the current laws. Reform must ensure that whistleblowers can safely and lawfully speak up about wrongdoing without facing the risk of criminal prosecution or civil lawsuits,” Pender said.