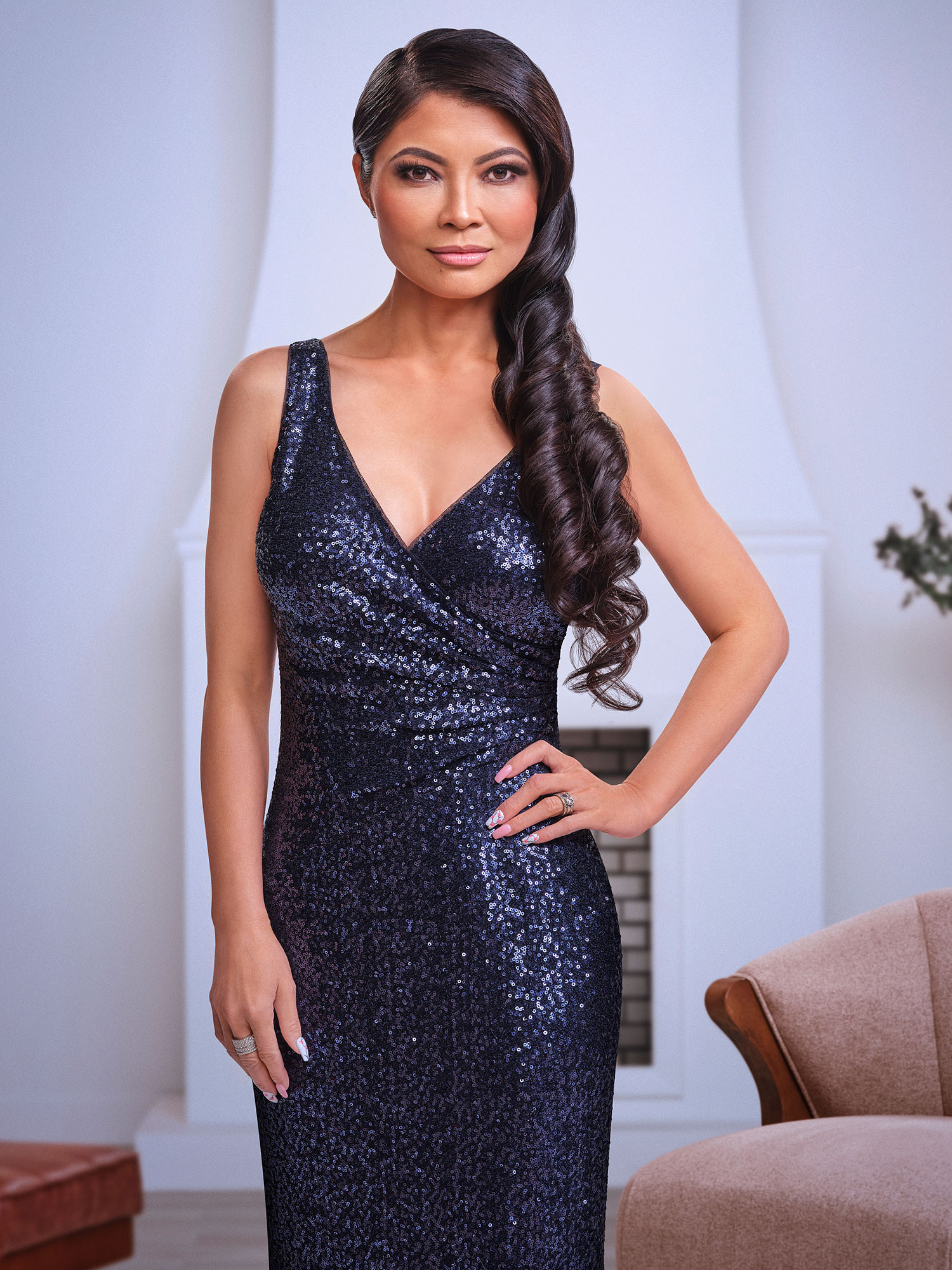 Facing the consequences. Real Housewives of Salt Lake City‘s Jennie Nguyen has been dropped from the series after her past racially insensitive social media posts resurfaced.

Stars Fired From Reality Shows Through the Years

“Bravo has ceased filming with Jennie Nguyen and she will no longer be a cast member on The Real Housewives of Salt Lake City,” the network confirmed in a statement shared via Instagram on Tuesday, January 25. “We recognize we failed to take appropriate action once her offensive social media posts were brought to our attention.”

The statement went on to promise fans that larger scale changes would be made in the future, noting: “Moving forward, we will work to improve our processes to ensure we make better informed and more thoughtful casting decisions.” 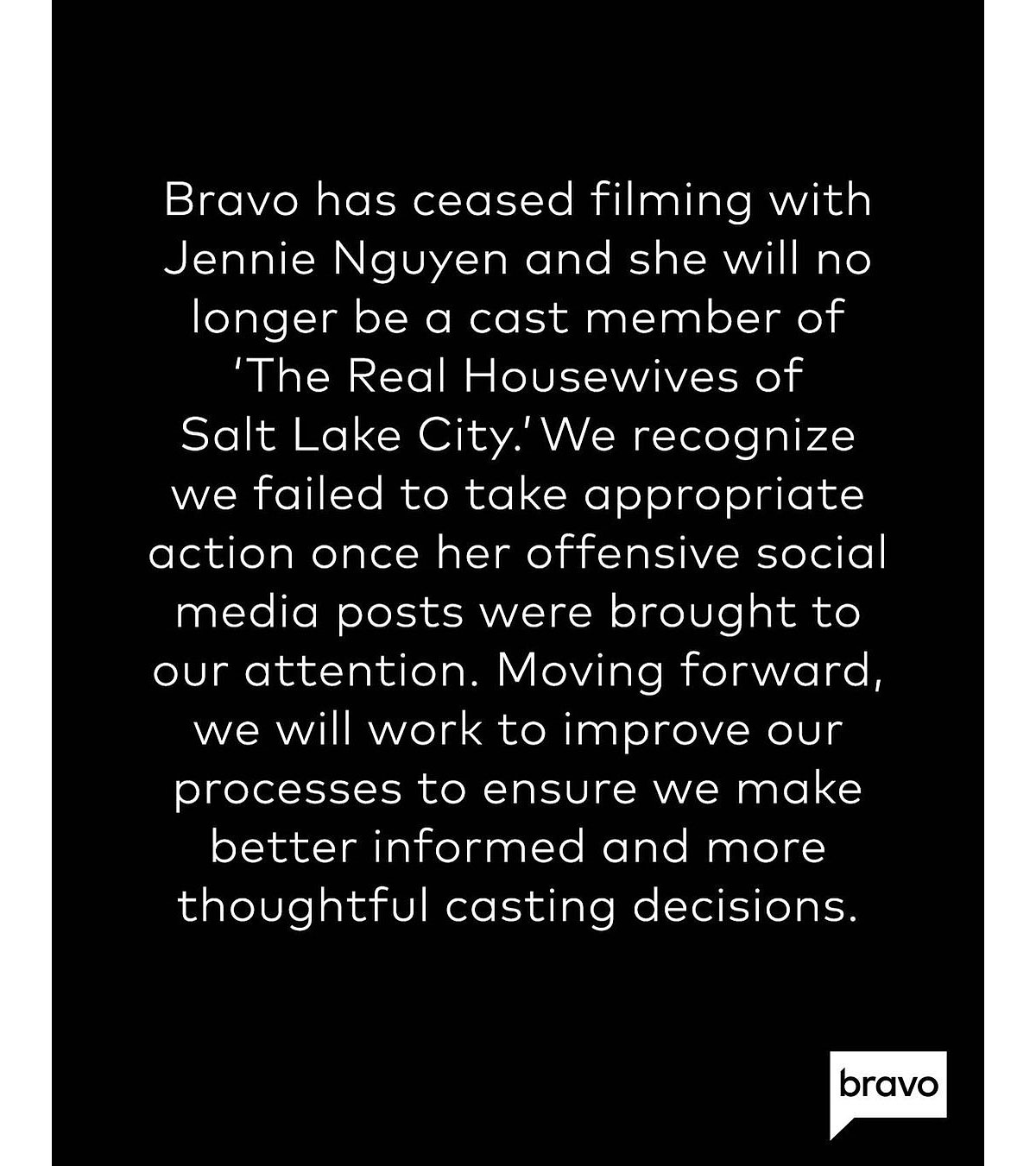 Jennie, 44, joined the RHOSLC cast ahead of season 2, which began airing in September 2021. On Wednesday, January 19, the Vietnam native took to social media to address the comments she made during the peak of the Black Lives Matter protests in the summer of 2020.

“I want to acknowledge and apologize for my deleted Facebook posts from 2020 that resurfaced today,” she wrote via Instagram. “At the time, I thought I was speaking out against violence, but I have since learned how offensive and hurtful my words were.”

Everything to Know About the ‘RHOSLC’ Season 2 Reunion

The reality TV personality claimed that her Facebook account was “deactivated” once she realized that the platform wasn’t a positive place. “[It’s] why I continue to try and learn about perspectives different from my own,” she continued. “I regret those posts and am sincerely sorry for the pain they caused.”

Though her profile was deleted, fans began to criticize Jennie earlier this month after uncovering old messages appearing to share anti-Black Lives Matter sentiments, referring to protesters as “thugs,” “rioters” or “violent gangs.”

Before she was axed from the network, Andy Cohen and several of Jennie’s fellow RHOSLC cast members denounced her past social media activity. 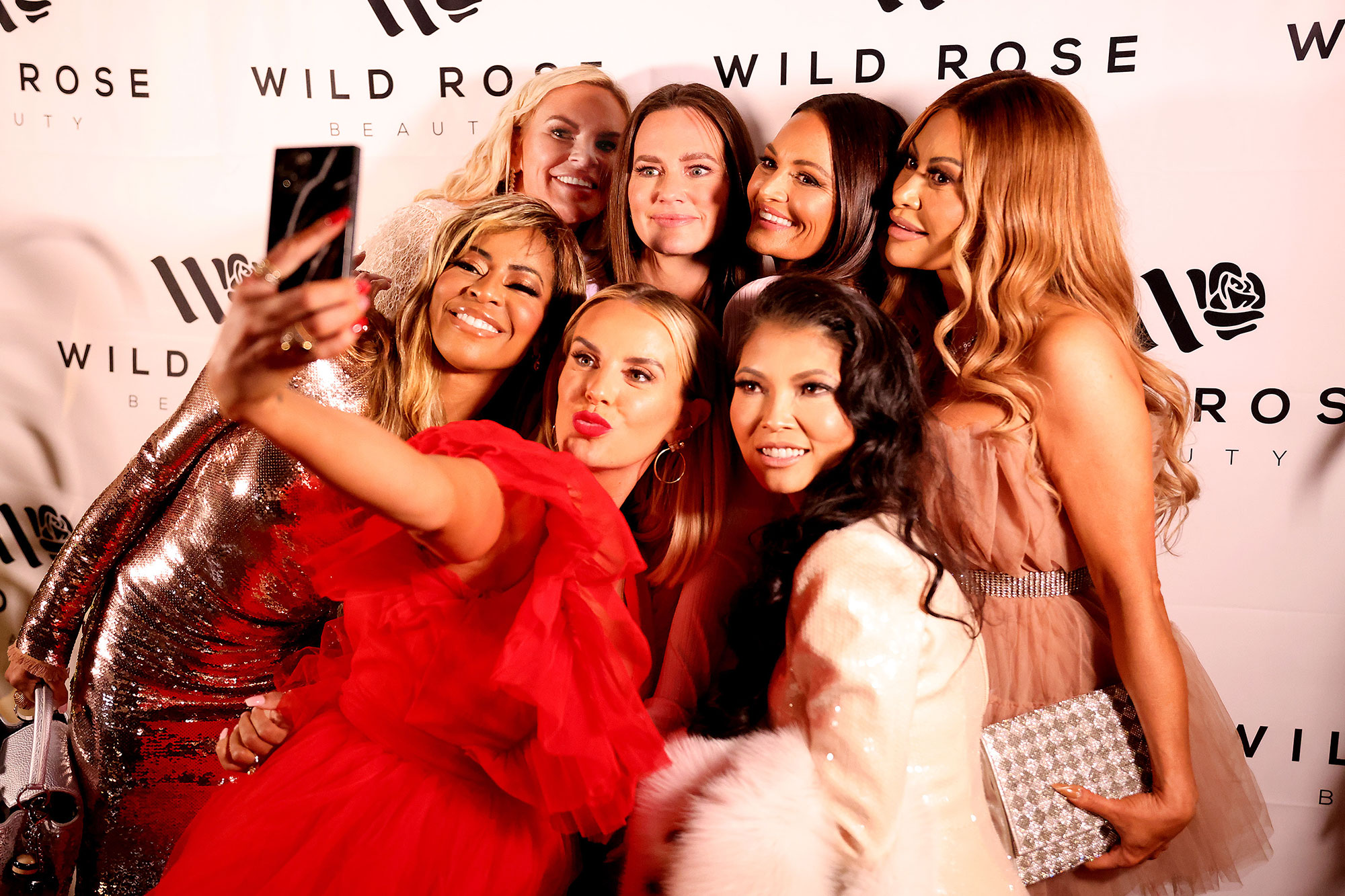 “The posts were very upsetting … and disgusting,” the Bravo producer, 53, said during the Monday, January 24, episode of his SiriusXM show, Radio Andy, explaining why the topic didn’t come up on Watch What Happens Live With Andy Cohen the night before. “I just want to say, in case anyone doesn’t realize it, that there are many serious discussions happening right now about everything.”

Every Bravo Star Who Quit or Was Fired in 2020

Heather Gay, for her part, addressed the backlash via Instagram last week, telling her followers that she was “deeply shocked” and “saddened” by Jennie’s “blatantly racist” commentary.

“There can be no haven in this world for hateful anti-black and violent rhetoric,” the Beauty Lab founder wrote. “It is up to all of us to do the work of anti-racism and educate ourselves on the experiences of others. I am constantly learning and want to use this platform to lead with love and empathy while condemning actions of ignorance and racism.”

She concluded: “BLACK LIVES MATTER and I will never stand by or support anyone who says otherwise.”