A rich kid who branded homeless people ‘lazy, dangerous and drug addicts’ struggled to last more than one night on the streets during a social experiment for 5Star’s Rich Kids Go Homeless.

Calum Collins, 21, from London, worked as a dancer for ten years before an injury cut his ballet career short. Now unemployed, he lives off his parents’ money in London and says he has a ‘take’ relationship with money.

The young heir, who splashes on ‘an embarrassing amount of facials’ a month, takes part in the TV experiment, which sees him trade his pampered lifestyle for three nights spent sleeping rough on the streets of Chelsea.

But Calum becomes the first ‘rich kid’ to opt out of the show half-way through, ditching life as a homeless man after only one night to sleep at a family friend’s instead. 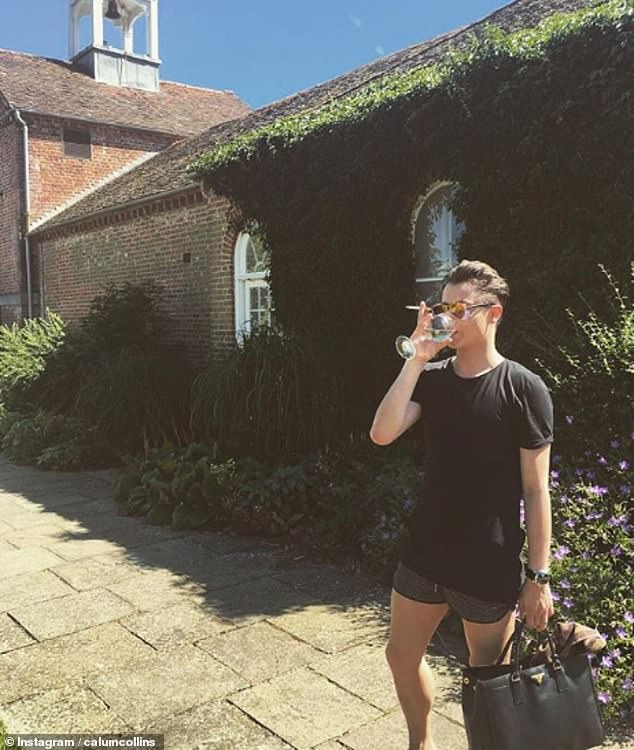 At 21, Calum Collins (pictured) is a retired ballet dancer who lives off his parents money and splashes out on spa treatments and designer bags 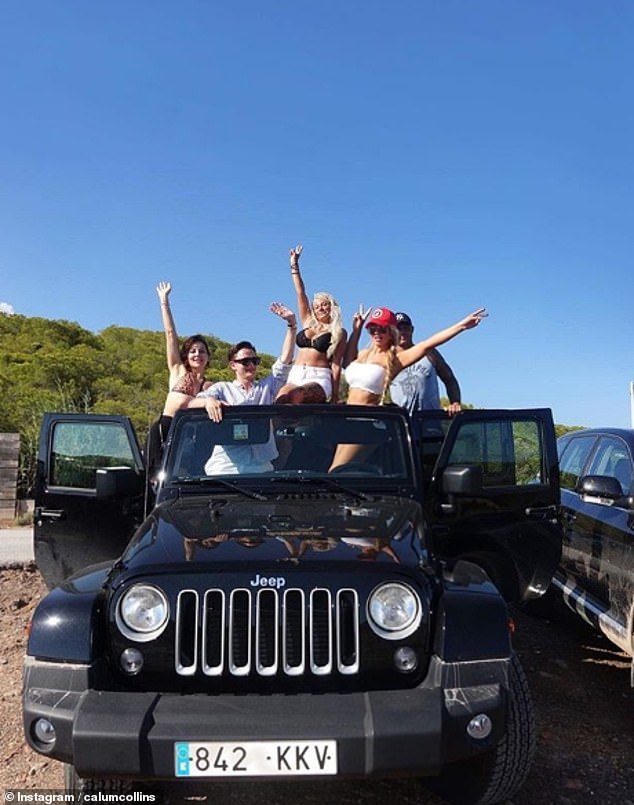 The former ballet dancer is unemployed, and has no qualms spending his parents money and doesn’t know whether his allowance has a limit or not  (pictured on holiday in Ibiza)

The former ballet prodigy thinks the homeless ‘can be potentially dangerous,’ are lazy and possible on drugs.

He owns several designer bags costing between £900 to £4.000 and goes to a spa to get pampered several times a month.

Before the experiment, he admits he’s not sympathetic toward homeless people, saying: ‘When they’re all sitting on the ground it’s not something I directly sympathise with. They could be doing more to get off the streets.’

But the young heir is left distraught after his first day on the street, and later ditches the experiment altogether. 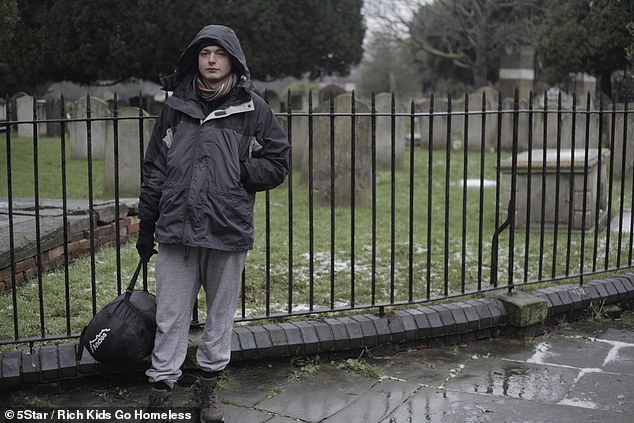 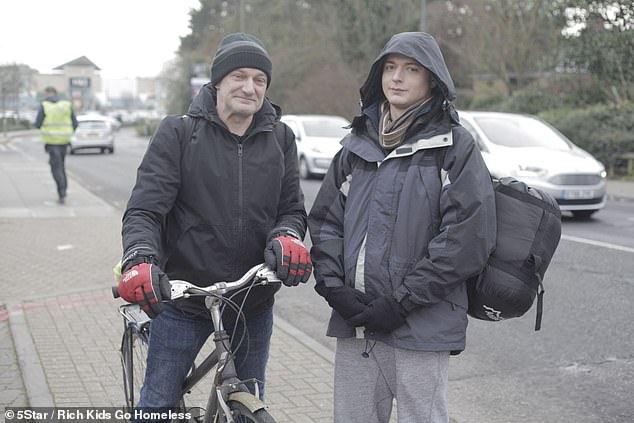 The U-turn comes as Calum gets ready to bed down for the night with homeless man Gert, who offered him shelter in an abandoned church in Chiswick.

While bedding down for the night, Gert and Calum have a heart to heart about the homeless man’s life.

Gert, who’s from Belgium, has been living in the UK for 13 years and holds a full time job in a supermarket.

After losing his housing benefit following a promotion at work, Gert reveals he had no choice but to live on the streets, while heading to his job every morning at 5am. 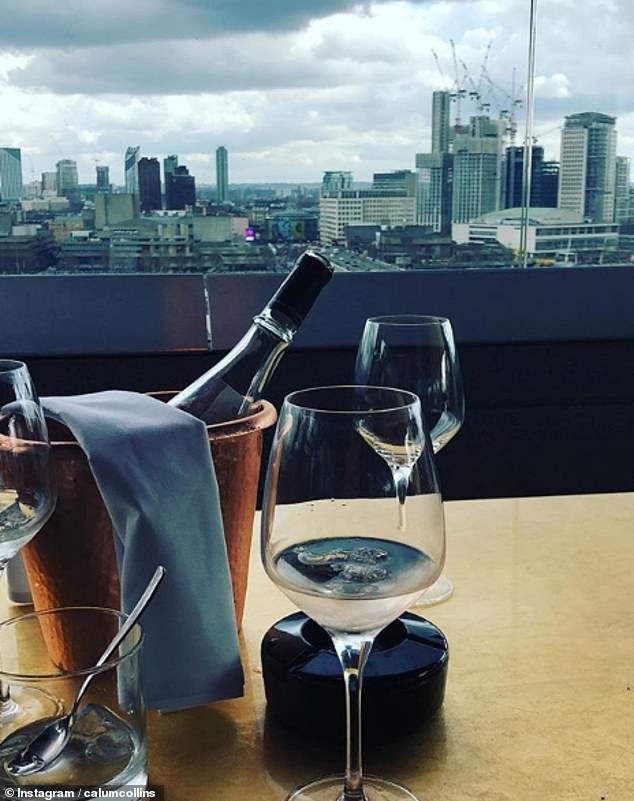 Calum’s day-to-day life is normally one of luxury, as he drinks and socialises around London with friends

The Flemish man’s coworkers are unaware that he is homeless, and he’s terrified they’ll find out if he says ‘the wrong thing’.

Calum is stunned, saying: ‘He contributes to society, he pays his taxes, he pays for a government who doesn’t look out for him.’

But after the eye-opening heart to heart, Calum makes the shocking decision to leave his new friend alone for the night, despite the chilling temperatures reaching minus five degrees.

As he ditched his new friend for a comfortable night at a family friend’s, he admits:’ I did not expect fully how cold it would be.’ 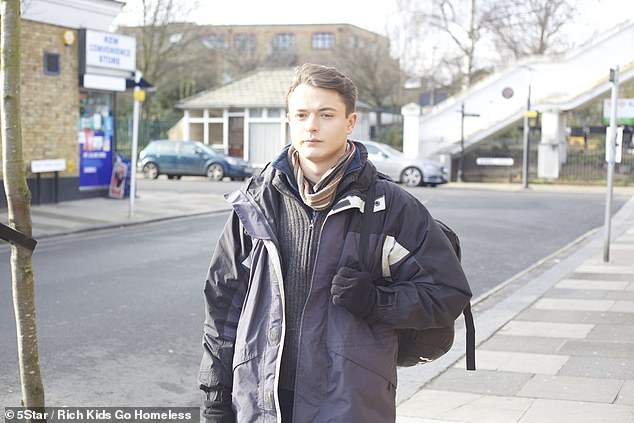 After only one day on the street, Calum (pictured) is ready to throw in the towel and heads home for the night

Speaking to the camera, Calum said: ‘I suppose there are a lot of people who when they’re in a homeless situation need to be selfish, so yeah, I’m being selfish.’

He admits: ‘Would somebody else do it better than me? Absolutely, but, whatever.’

Meanwhile Gert reveals he can understand the decision and is envious that Calum gets to have a comfortable night.

The homeless man says: ‘I can’t say that he is right or wrong. Probably the desire for a bed is the most important thing. For me also, but yeah, I don’t have the money for it.’ 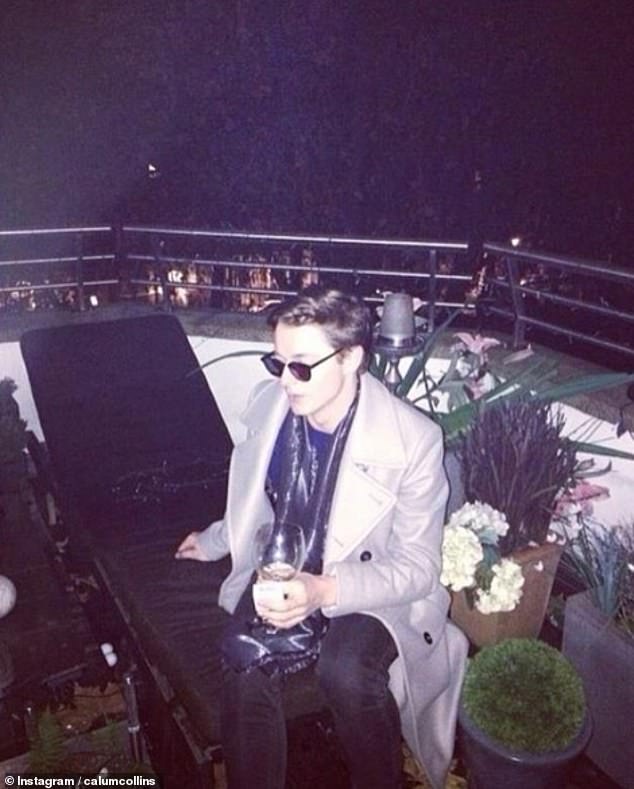 After spending a warm night in a cosy bed, Calum realises he has abandoned his new friend alone in the cold, and guilt takes over. The next day the young heir shows up ready to resume his experiment.

The young heir reveals: ‘There’s definitely some guilt associated with being able to walk away. It felt wrong.

He went on: ‘Everyone knows what it feels like to be cold, but this is like next level.’ 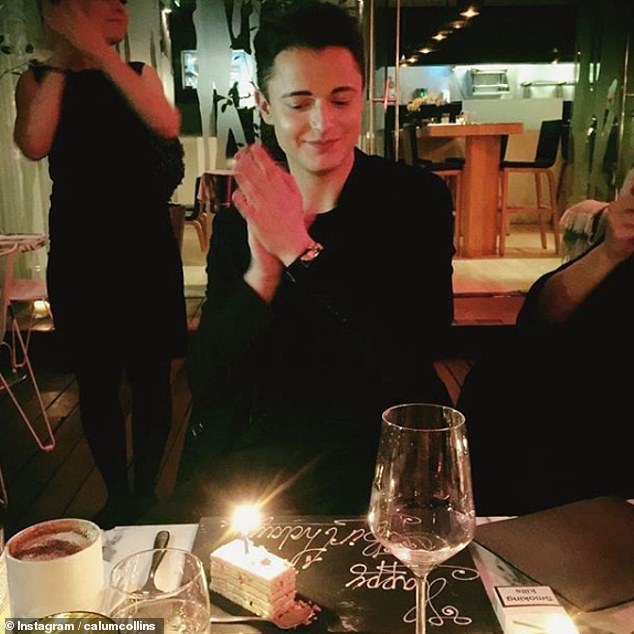 After Gert finishes his eight hour shift at work, Calum apologizes to his new friend.

Admitting it’s ‘massively unfair’, he explained:  ‘I was obviously sorry that I couldn’t stay. But it’s only when I sort of got home that I started thinking about you, and it’s awful that I have that option to go home.’

The two men spend the rest of the day together and head to a day centre that provides some comfort to Gert.

There, they meet other homeless people who tell Calum that he can never understand homelessness having not experienced it without the comfort of a home to go back to. 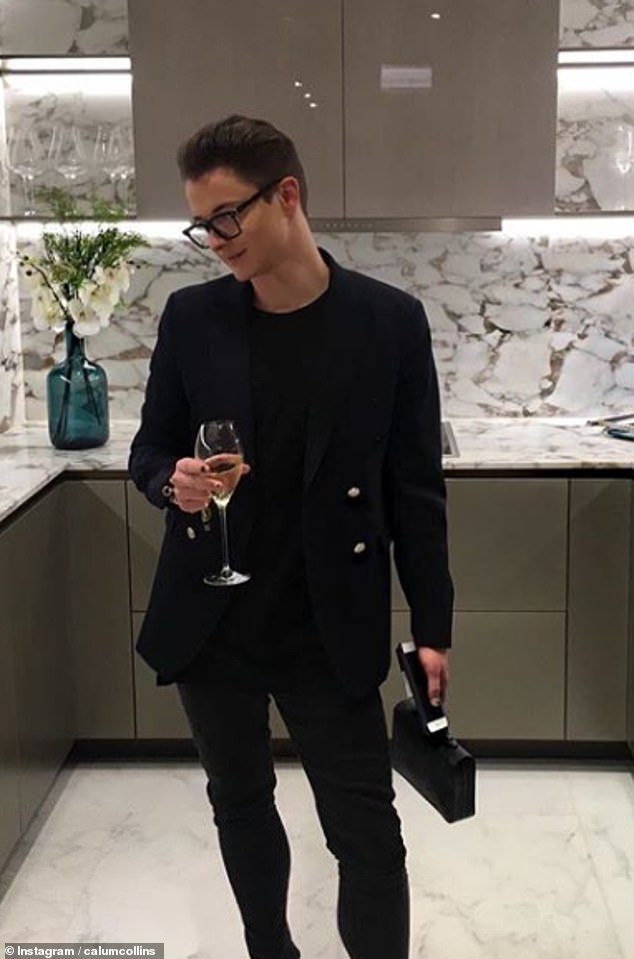 The 21 year old later admits he wasn’t expecting life on the streets to be ‘that difficult’, and he was stunned by his own preconceptions about the homeless

Calum spends his final night of the experiment with Gert at the centre, before driving back to his old life.

He admits: ‘I didn’t think it was going to be that difficult.’

The youngster explained that his preconceptions about homeless hadn’t been wholly fair, admitting: ‘I was expecting family tragedy, or mental illness or something, therefore lost your job. But I’m seeing a much bigger picture now.’

‘Something can always happen to someone. Even something amazing like getting a pay rise and this completely affecting his housing.’

At the end of the episode it is revealed that he asked his friends to donate to Gert’s day centre instead of buying him birthday gifts. 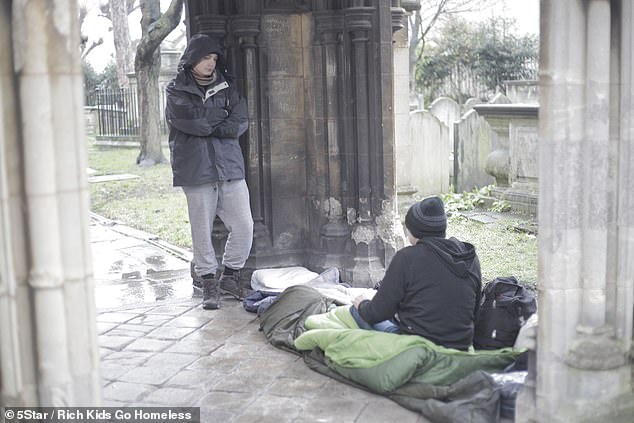 On the third day of the experiment, Calum finally decides to spend the night sleeping rough with Gert (pictured)