Better have her money! Although she hasn’t released an album in five years, Rihanna is officially the richest female musician on the planet.

Rihanna Through the Years: From ‘Pon de Replay’ to Lingerie

According to a Forbes report published Wednesday, August 4, the Barbados native, 33, is worth around $1.7 billion dollars. However, she didn’t build her fortune with only her music career. The magazine noted that an estimated $1.4 billion of her fortune comes from the value of Fenty Beauty, with the rest lying in stake of her lingerie company, Savage x Fenty, as well as her acting and music careers. 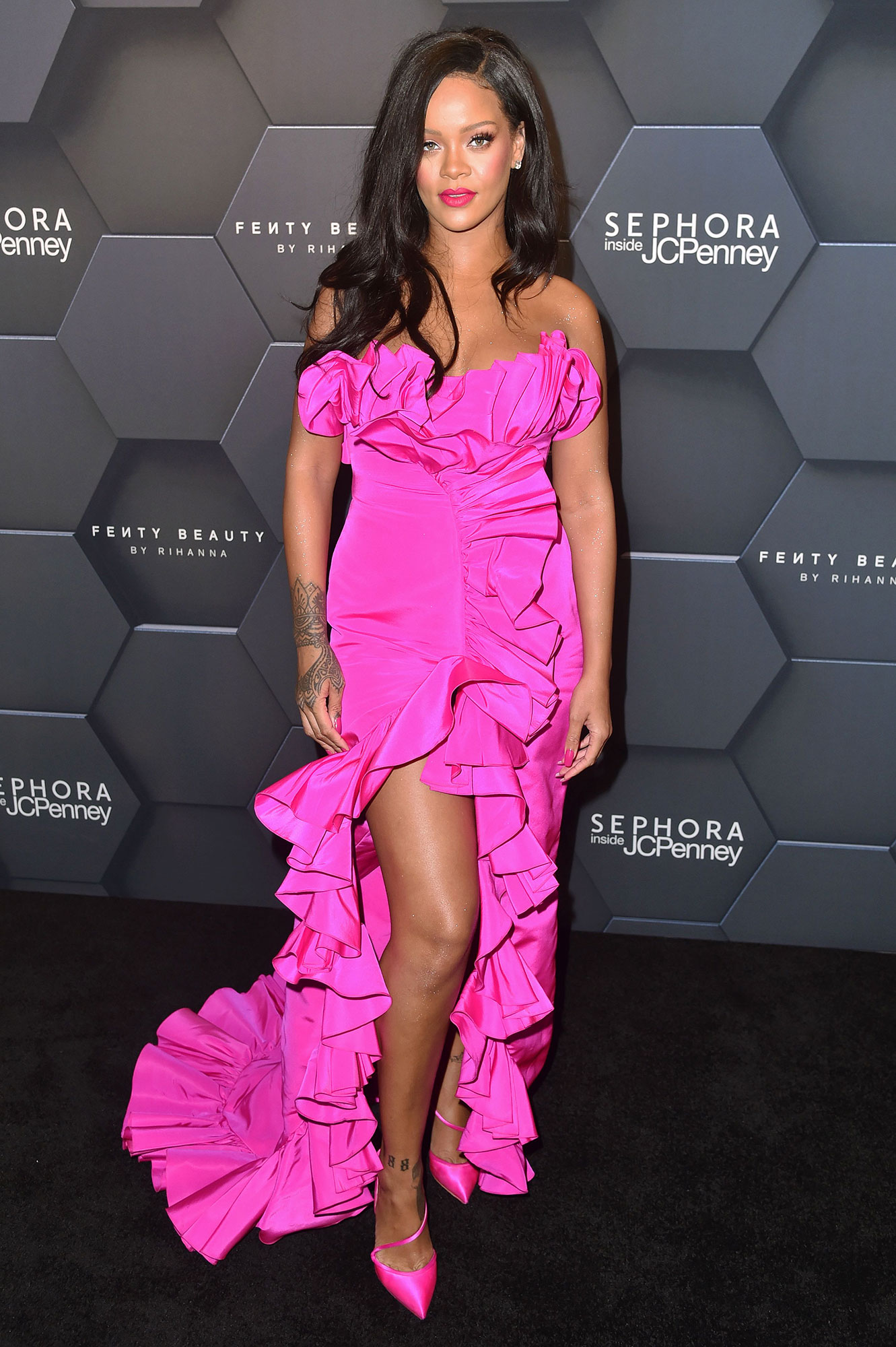 Rihanna’s last album, Anti, was released in January 2016. While fans have begged for her to release her highly anticipated ninth album, the Guava Island actress is an expert at brushing them off.

“Well, obviously, I’m a confident woman, so whatever I do, it’s gon’ be confident,” she told Entertainment Tonight in September 2019. “Y’all gon’ have to wait, Navy. I’m so sorry.”

Last week, the “Umbrella” singer announced that she was adding another job title to her repertoire: perfume maker.

Unlike anxious fans, the Grammy winner’s boyfriend, A$AP Rocky, is one person lucky enough to experience Rihanna’s signature scent without having to buy a bottle.

The “L.S.D.” rapper, 32, confirmed his relationship with Rihanna in a May 2021 GQ interview, just over a year after Us Weekly exclusively reported that the longtime friends were “hooking up” in February 2020.

“[It’s] so much better when you got The One. She amounts to probably, like, a million of the other ones,” the New York native said of his girlfriend. “I think when you know, you know. She’s The One.”

One month prior, a source told Us that the duo were “each other’s best friend.”

The insider continued: “They kid around a lot [and] laugh a lot. They have private date nights together a lot and have a blast hanging out together.”

Rihanna spent a bit of her fortune in March when she bought a $13.8 million Beverly Hills mansion. The perfect place for hanging out with her beau, the home also features five bedrooms — a nice amount of room for the multiple children the “Diamonds” singer eventually wants to have.

Rihanna’s Dating History: A Timeline of Her Romances and Flings