The “devastated” organisers of Melbourne’s RISING festival have vowed to find a way to show audiences the work created for them, despite being forced to shut down the huge winter arts festival barely a day into its 11-day season.

The inaugural RISING, which opened Wednesday evening and was to comprise more than 133 events and projects featuring over 750 Victorian artists, was put on “pause” on Thursday from 5pm, with everything cancelled until the end of June 3 in line with a government-imposed pandemic lockdown. 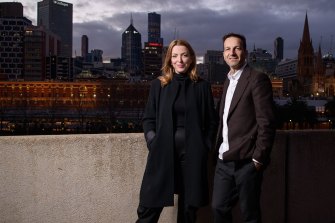 “I wish I had other words to describe it, but devastated is mostly the feeling,” said co-artistic director Gideon Obarzanek.

“It was a great beginning and I was so enthused walking around the crowds at our shows last night, getting incredible feedback and feeling the excitement that Melbournians genuinely have shown towards the festival.

“It was just a thrilling night… but unfortunately we’re in the position we’re in Victoria right now, so we are pausing the festival in line with the lockdown.”

From Friday, his team will start to work out what to do with the remaining three days of the festival after June 3, and whether some shows can be rescheduled for those dates – depending on the nature of the remaining restrictions if the city is out of lockdown. The festival’s more than 100,000 ticket buyers will be contacted if they are affected.

RISING will also work to see if the festival might be extended beyond its planned June 6 closing date, for some events at least. One highlight, Patricia Piccinini’s otherworldly sculpture installation at Flinders St Station, has already been extended to the end of August.

“We are determined to be able for these great works that we have invested so deeply in with the artists of Melbourne, for them to see the light of day,” Obarzanek said. “I have no doubt that we will – but I just can’t tell you how and which way that’s going to happen in the next few days.”

Financially, the festival is structured to take “pretty much exclusively” the box office risk, he said, and contracts with artists will be honoured in good faith.

Jackson Castiglione, director of theatre show The Dispute which was to have opened on Thursday evening, instead spent the day telling crew and cast members – including young children – the show couldn’t go on.

“It’s heartbreaking,” he said. “A lot of people are feeling very tired right now but as far as The Dispute goes I really will do everything in my power, personally, to enable the show to have a season.”

He backed the festival’s decision to cancel all shows scheduled for Thursday evening, ahead of the midnight lockdown.

“It’s tough but it’s the responsible thing to do at this point,” he said.

Not all theatres took the same approach. Among them, Harry Potter and the Cursed Child producers decided to push on with part two of the epic production on Thursday night, partly because it was allowed and partly so audience members got to see the story’s climax.

But Melbourne Theatre Company’s The Lifespan of a Fact cancelled its Thursday evening performance at the Arts Centre.

Chef David Moyle, best-known for Longsong, is at the helm of RISING’s pop-up restaurant near the Sidney Myer Music Bowl, Glasshouse, now paused for seven days.

He said the menu was designed with the knowledge that a shutdown might occur – and Andrew McConnell’s catering group Handmade would donate any unused food that wouldn’t survive the pause.

He said he had no issue with the decision to shut down. “Melbourne more than anywhere is so invested in trying to make sure that we’re capable of operating again,” he said. “There’s a bit of faith in the process.”

“We have no choice, just take it as it comes and see where it ends up.“

But he and Castiglione said they wanted to acknowledge the detrimental effect the shutdown would have on many individuals and businesses.