Robert De Niro appears to be doing better after suffering a leg injury while on location of Martin Scorsese’s “Killers of the Flower Moon” earlier this year.

The 77-year-old actor was spotted masked-up and walking around Tribeca on Saturday.

He was wearing a blue cap, brown collared shirt and cargo pants.

It’s the first time since his accident he’s been seen without a leg brace. A close-up snap of his leg shows a massive scar across his knee.

Page Six confirmed in May that De Niro was in Oklahoma filming at the time, but the accident did not occur on the set. 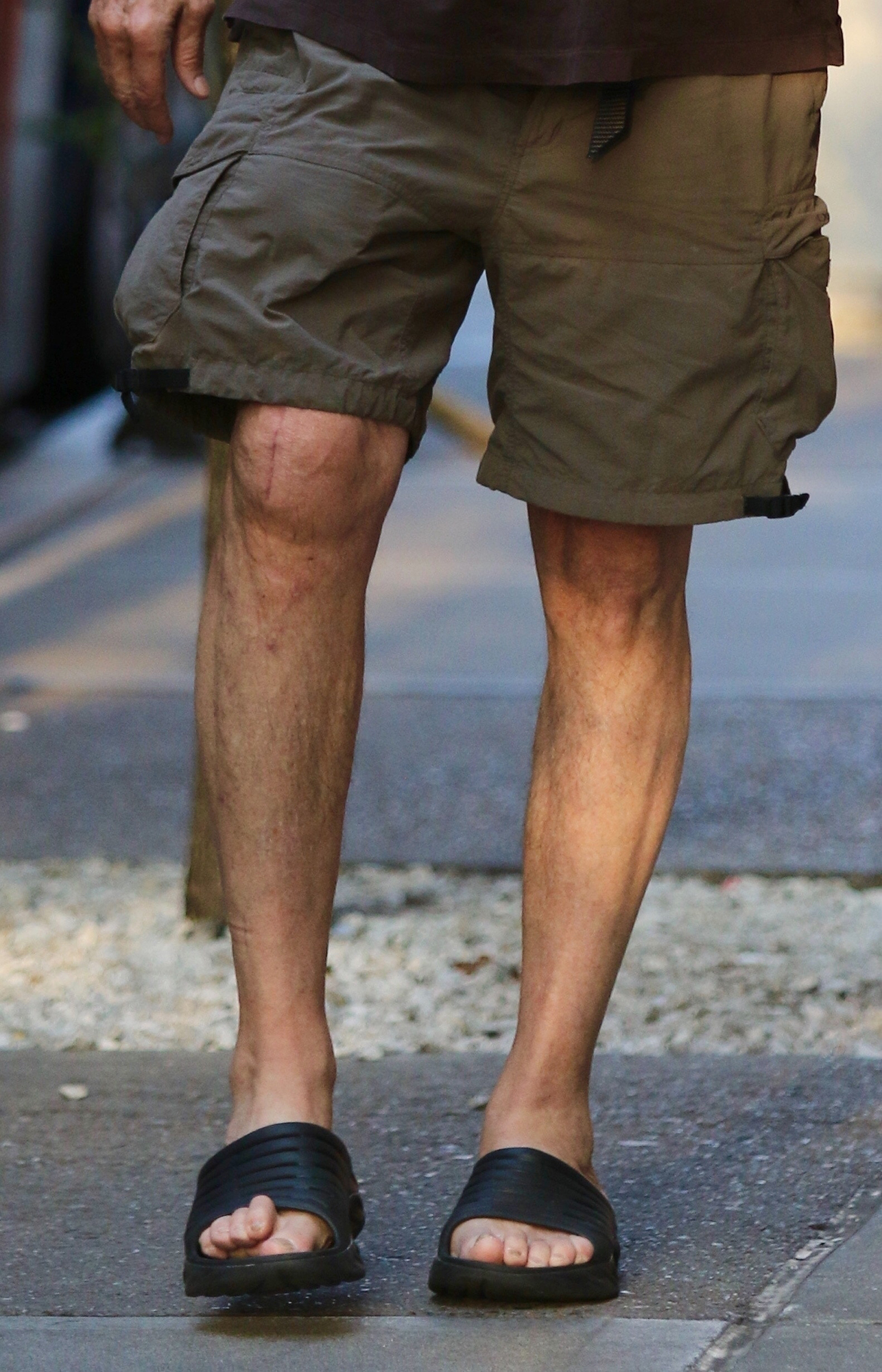 “De Niro injured his quadriceps muscle which will be treated medically in New York,” we were told at the time. The rep added that the injury would not affect the production schedule of the Western true crime thriller, which also stars Leonardo DiCaprio.

De Niro told IndieWire of the injury, “I tore my quad somehow … [It was] just a simple stepping over something and I just went down. The pain was excruciating and now I have to get it fixed. But it happens, especially when you get older, you have to be prepared for unexpected things.” 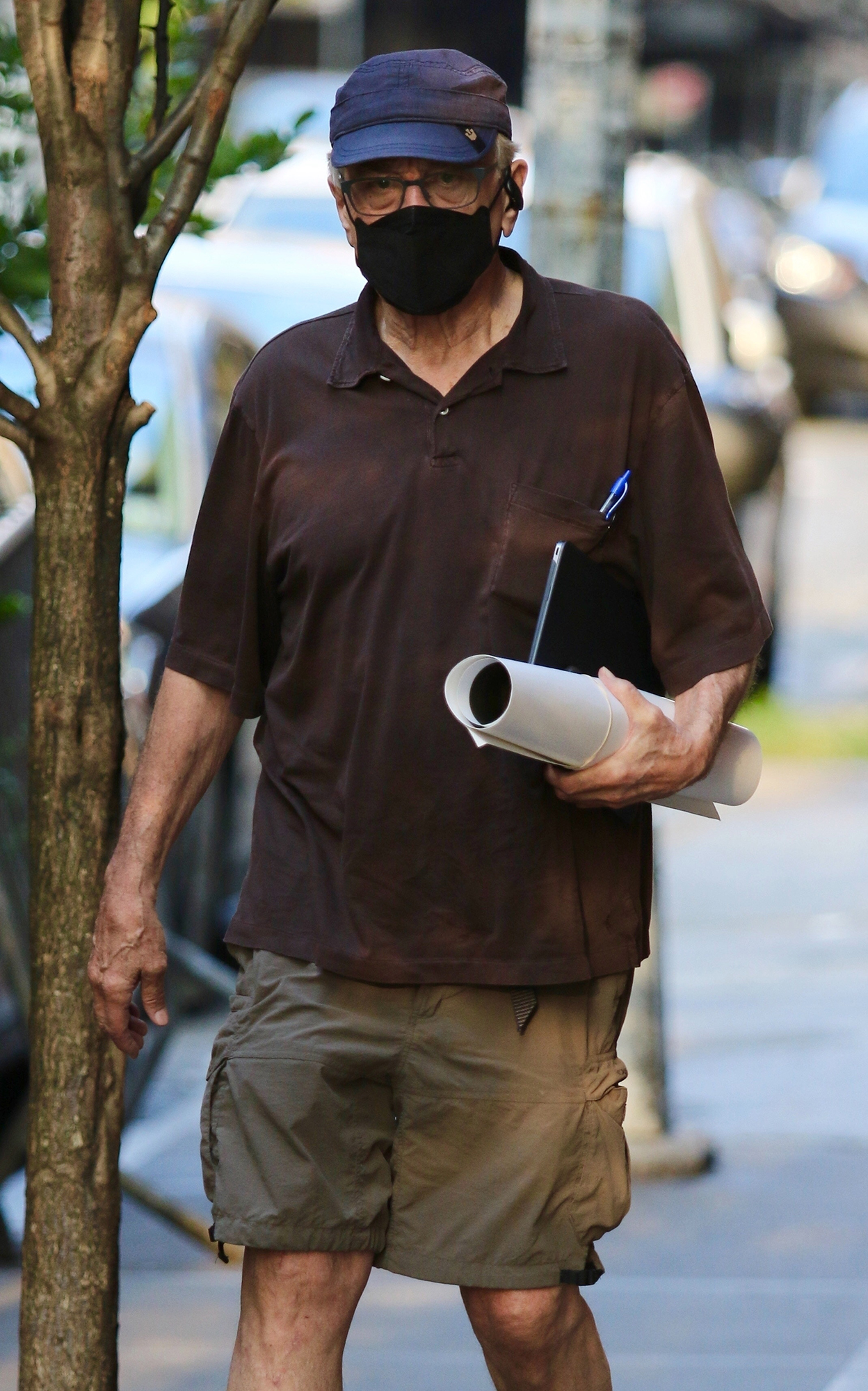 The movie, which based on David Grann’s 2017 nonfiction book, “Killers of the Flower Moon: The Osage Murders and the Birth of the FBI,” follows the murders of the Osage Indian nation in the 1920s after oil was discovered beneath their land.

Production on the anticipated film began in April after being delayed a year due to the Coronavirus pandemic.