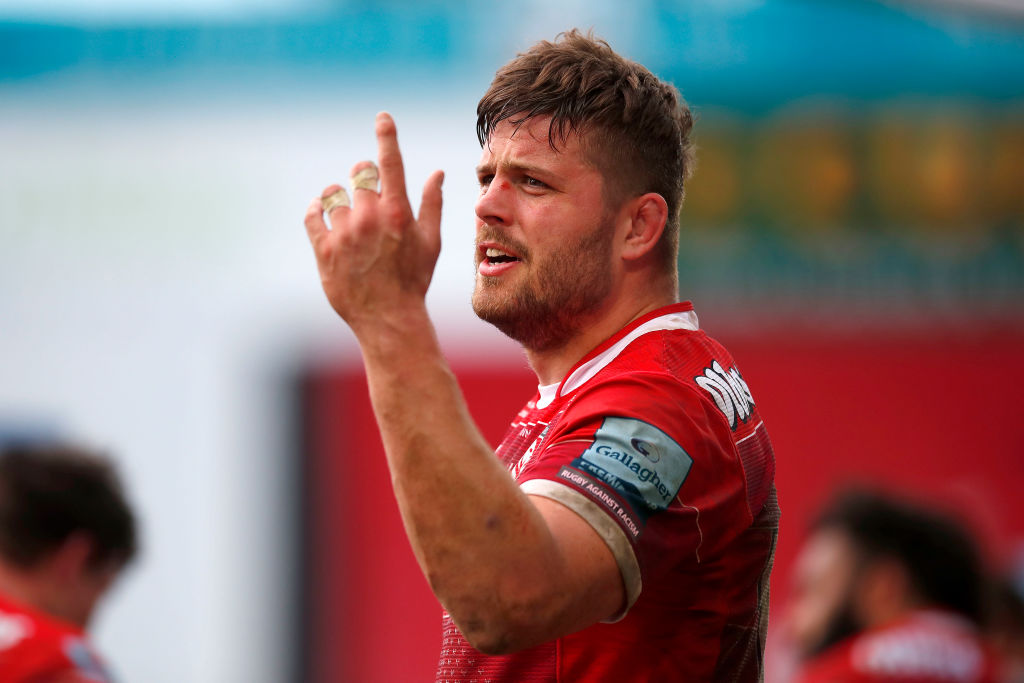 Gloucester lock Ed Slater has been diagnosed with Motor Neurone Disease and forced to retire from rugby union at just 33 years old.

The former Leicester Tigers star has been undergoing testing for six months and the diagnosis was confirmed last week, leading to his immediate retirement.

A statement from Gloucester read: ‘Gloucester Rugby is deeply pained to announce that Ed Slater has been diagnosed with Motor Neurone Disease (MND).

‘Following six months of testing, Ed’s diagnosis was confirmed last week and as a result, with the support of his family, friends and Gloucester Rugby, he has made the difficult decision to retire from professional rugby with immediate effect.

‘Everyone at Gloucester Rugby – players, management and staff – are entirely committed to supporting Ed, his wife Jo and his three children in whatever way required. We know the same will be true of Gloucester and Leicester fans, and the wider rugby community.

‘While Ed, his family and the Club take time to determine next steps, Gloucester Rugby have opened a JustGiving page. The direction of these funds will be determined in due course, whether it be supporting Ed and his family directly and/or a selected MND charity.

‘Neither the club nor the Slater family will be making any further comment at this time and kindly request that those wishes be respected.’

His former team Leicester Tigers added their own statement, which read: ‘Leicester Tigers are extremely saddened to learn that former club captain Ed Slater has announced that he has been diagnosed with Motor Neurone Disease (MND).

‘Fan favourite Slater, who has today announced his retirement as a player, spent seven years with Tigers from 2010, making 136 appearances including two seasons as club captain in 2014/15 and 2015/16, as well as captaining England to victory over the Crusaders on the 2014 tour to New Zealand before moving to Gloucester.

‘On behalf of the entire #TigersFamily, the Leicester Tigers send heartfelt support to Ed, his family and friends.’

The degenerative condition affecting the nerves in the brain and spine has become a serious concern in the rugby world after union star Doddie Weir and league standout Rob Burrow becoming high profile cases.