Salma Hayek made an impact in Hollywood as one of the first Latina actresses to succeed in mainstream Hollywood. Since starting out, Hayek has been featured in several iconic movies over the course of her career. Films like From Dusk Till Dawn, Dogma, and Frida all played a part in boosting Hayek’s profile. She’s recently expanded her career even further by starring in the Marvel Cinematic Universe movie, The Eternals.

Although the actor has done quite well for herself, acting wasn’t Hayek’s first passion. There was another career the Academy Award nominee dreamed of, but that dream was taken away from her from a young age. Something that Hayek once admitted haunted her. 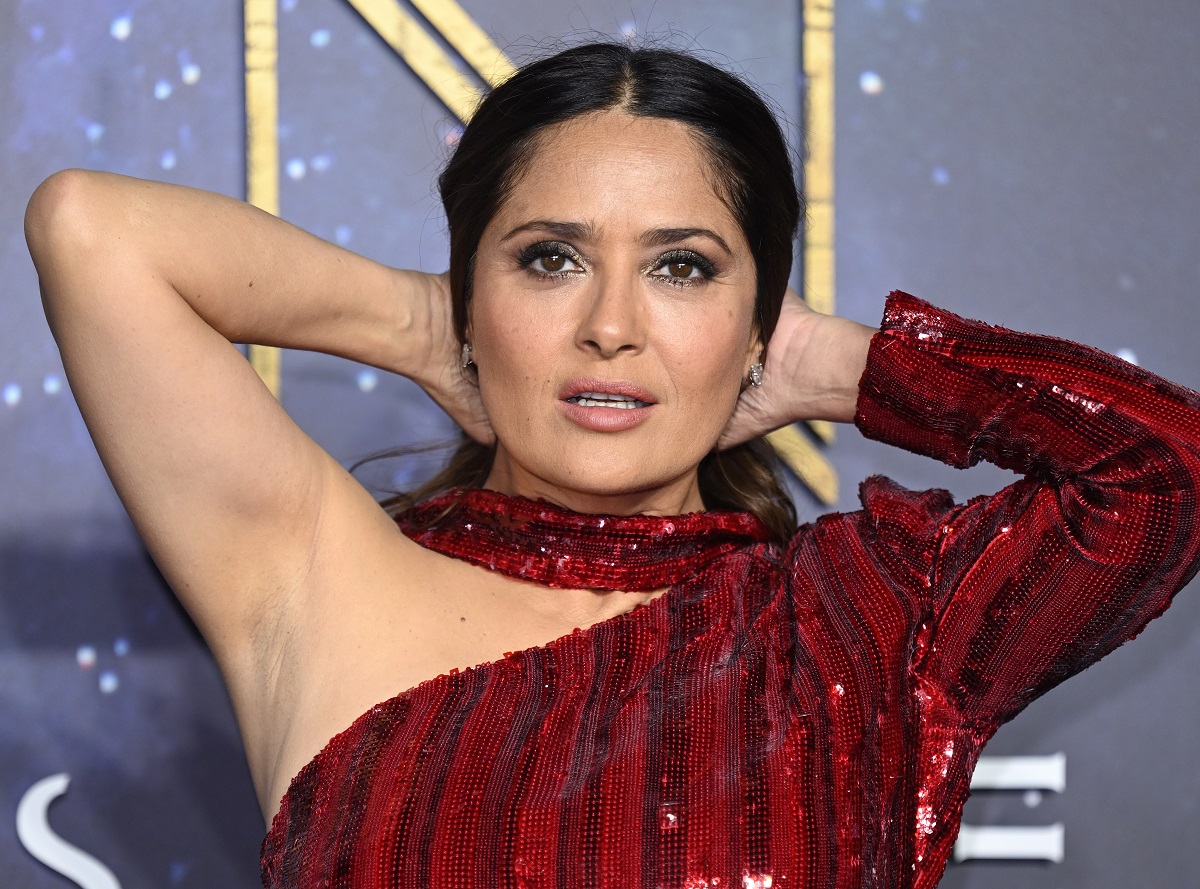 Salma Hayek has expressed how privileged she was to grow up the way she did. She was born on September 6, 1966. Her mother was an opera singer, her father was an oil executive. Both of her parents were reported to be financially wealthy and gave her a childhood that she looks back at fondly.

“It was a close community, we lived near the ocean and we would be outside all the time with the neighbors’ kids, running free, playing football on the streets and at the beach. What better place could there be for a child?” Hayek said in an interview with The Guardian.

It was when she was a child that Hayek caught the acting bug. On Live Kelly and Ryan, Hayek revealed that she became interested in acting after watching Willy Wonka and the Chocolate Factory.

“I remember when I saw this film, something clicked in my brain,” Hayek said. “There is actually a universe within this life, this universe, where anything can happen.”

Hayek later revealed that she realized through the film she could create plenty of different realities, which drew her to the art form.

But before acting, Hayek revealed that there was another career she strongly considered pursuing. And if things turned out differently, she might’ve been a gymnast instead of an actor.

Salma Hayek didn’t pursue her dream of being in the Olympics, and it haunted her for many years

At an early age, Salma Hayek was going down a different path. Instead of being in the entertainment industry, Hayek was on her way to becoming a gymnast. She already had the talent and acrobatics to back up her newfound passion in the field. But she ultimately went in a different direction. According to Olympics.com, Hayek did an interview with OK Magazine expressing her regret for not pursuing the sport.

“There was a road I didn’t take, which haunted me for many years,” Hayek said. “When I was very little, I was drafted for the Olympics in gymnastics. My father refused to allow me to go to a boarding school at nine years old in another city where I was to be exercising six hours a day.”

Although Hayek confided that she was upset with her father for his decision, she later revealed she understood his reasoning.

“I resented my father,” Hayek admitted. “He said, ‘I didn’t want you not to have a childhood.’”

But Hayek was happy with how things turned out, and agrees she wouldn’t have had things happen any other way.

“Now, I’m so glad I didn’t take that road because I really like my life,” Hayek revealed.

Salma Hayek has been married to French businessman Francois-Henri Pinault since 2009. Hayek met her husband in 2006 at a gala event at the Palazzo Graci in Venice. They married two times. The first time was in a city hall ceremony in Paris, and the second time was in Italy.

After their daughter was born, Hayek considered quitting acting to be a stay-at-home mom. But according to Hayek’s interview with Allure, her husband was against the idea.

Hayek recalled something beautiful her husband said to him that further drove his point home.

“’I don’t want to be deprived of your work. I want to watch it, too. And the world has not seen the best of you yet. So you cannot stop until some of that is put out.’ So he sort of really pushed me, like, ‘Get up on your feet and get out there.’ And he was right,” Hayek said.