Little brother energy! Scott Evans took to social media to tease his older brother, Chris Evans, after he made headlines with his NSFW photo leak. 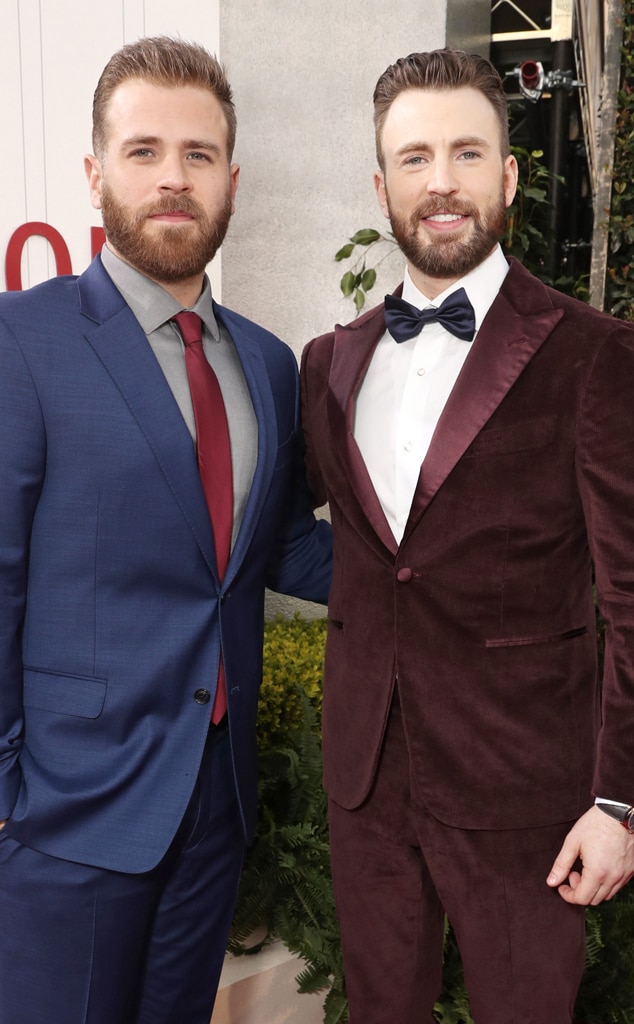 Scott Evans appeared to tease his older brother, Chris Evans, on social media just one day after the Knives Out star allegedly leaked his own NSFW photos.

"Was off social media for the day yesterday," Scott began his Twitter post on Sunday, Sept. 13. "So. What'd I miss?"

Naturally, the comment section didn't disappoint with one user pointing out, "This is the MOST 'little brother' tweet of all time."

Another fan responded, "You missed the world appreciating & loving Chris for the kind man that he is." Someone else added with crying-laughing emojis, "SCOTTT who you trying to fool."

One user put it best, writing, "You didn't miss much. It's something you probably saw growing up as brothers in the same household. Many celebrities have done worse things. He should actually be proud… it's impressive. Tell Chris to stand proud. Nothing wrong with being a man & Rock On!"

Others did take a moment to send Chris good vibes and wish him well in his younger brother's comment section.

One fan shared, "Lol seriously though, I hope your bro is okay. We all still love him, some even more now." Another chimed in, "Is he okay? I need to know."

Scott wasn't the only one to seemingly react to the Captain America star's NSFW leak. Mark Ruffalo sent a few words of encouragement to his Marvel co-star on Twitter.

Chris Evans Has Marveled Fans For This Totally NSFW Reason

"[email protected] Bro, while Trump is in office there is NOTHING you could possibly do to embarrass yourself," Mark shared, adding, "See… silver lining."

On Saturday, Sept. 12 fans went nuts (no pun intended!) after Chris accidentally leaked several racy photos to his social media page. According to Just Jared, the 39-year-old actor allegedly uploaded a screenshot of a camera roll to Instagram Stories.

Chris appeared to post a screen recording of his family playing the game Heads Up. However, once the video ended, a camera roll displayed on the screen, which allegedly showed a photo of a penis.

Another image in the camera roll allegedly showed a picture of Chris' face with the text, "guard that p—y."

At this time, it's unclear if the camera roll belonged to Chris or not. He has yet to address it publicly.