Former prime minister Scott Morrison has resisted calls to resign from parliament after revelations he secretly appointed himself to five senior ministries without the knowledge of most of his cabinet colleagues.

Morrison, the member for Cook, addressed a press conference in Sydney on Wednesday afternoon, where he defended his actions in the context of the extraordinary circumstances during the COVID-19 pandemic. 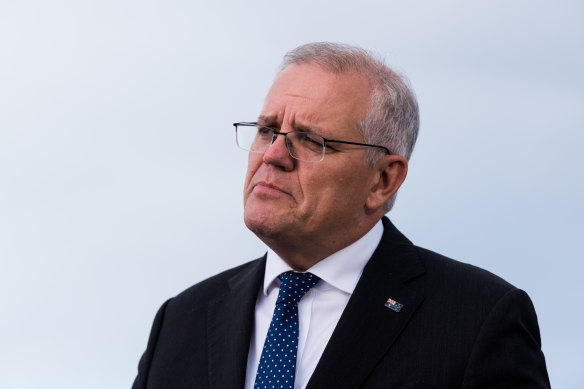 Scott Morrison has resisted calls to resign from parliament.Credit:James Brickwood

He says there was a “clear expectation” in the mind of the public, media and opposition “that I as prime minister was responsible pretty much for every single thing that was going on”.

“So in that context, with an understanding of the expectation of public responsibility singularly directed at the prime minister, I believed it was necessary to have authority, to have what were effectively emergency powers, to exercise in extreme situations that would be unforeseen, that would enable me to act in the national interests.

“And that is what I did in a crisis.”

Morrison took on the portfolios of then-health minister Greg Hunt, then-finance minister Mathias Cormann and then-resources minister Keith Pitt while prime minister without publicly announcing that decision to the Australian public. It later emerged that he also took on the treasury and home affairs portfolios, unbeknown to those ministers at the time, Josh Frydenberg and Karen Andrews respectively.

Andrews responded to the news her portfolio had been co-opted by calling for Morrison’s resignation from parliament.

Morrison on Wednesday repeated just how extraordinary the times were during his prime ministership, with pandemic, recession and drought.

“It tested every sinew and fabric of government not just at a federal level but a state level as well,” he said.

“Over that period, we took decisions – I did as a prime minister, we did as a cabinet, at federal and state level – that some of us would never have dreamed that we would ever have to make.”

Morrison says people must keep in mind the context of the early days of the pandemic, when events changed hourly if not more often, people were falling ill and dying, and meetings were near constant.

“As we sit here now in the relative calm seas, or perhaps from the safety of the shore, and we look back at a time which was a raging tempest, people can be led to make judgements out of context. But the context was very real,” he says.

He says he’s happy to have a conversation about whether he “overstepped the mark”.

Morrison says that at no time, apart from the decision to reject the PEP11 offshore oil and gas exploration licence, did he exercise any of the powers.

“I didn’t exercise them because, thankfully, the extreme circumstances in which I had established these powers to act in, thankfully, did not arise.”

He also says having the authority to administer the departments didn’t make him an acting minister.

“There were not two ministers doing the same job – me as prime minister or the minister,” he said.

“The fact that ministers were unaware of these things is actually proof of my lack of interference.”

He reiterated that he believes he took the decisions he thought were necessary in the national interest, “not for any personal advancement”.