Shanna Moakler provided fans with her example of “True Romance” after her ex-husband, Travis Barker, recreated the 1993 film with his current fiancée, Kourtney Kardashian, for Halloween.

The former Playboy model, 46, took to her Instagram Story on Sunday to share a photo of her parents cuddling up to each other and wrote “TRUE ROMANCE” over it.

She also added a heart emoji and a couple of sparkle emojis and, of course, had the movie’s “You’re So Cool” song playing in the background.

The pointed photo came after fans begin to call out the Blink-182 drummer, 45, and the Poosh founder, 42, for their Halloween costumes, as the romantic crime flick played a pivotal role in Moakler’s wedding to Barker.

Months before the newly engaged couple debuted their costumes, the pair posted on social media about watching the film, which Moakler thought was bizarre.

“What was weird is that they were posting about a movie that Travis and I basically bonded over. I called him Clarence in the movie. We named our daughter after the character Alabama in the movie,” Moakler told Us Weekly at the time. 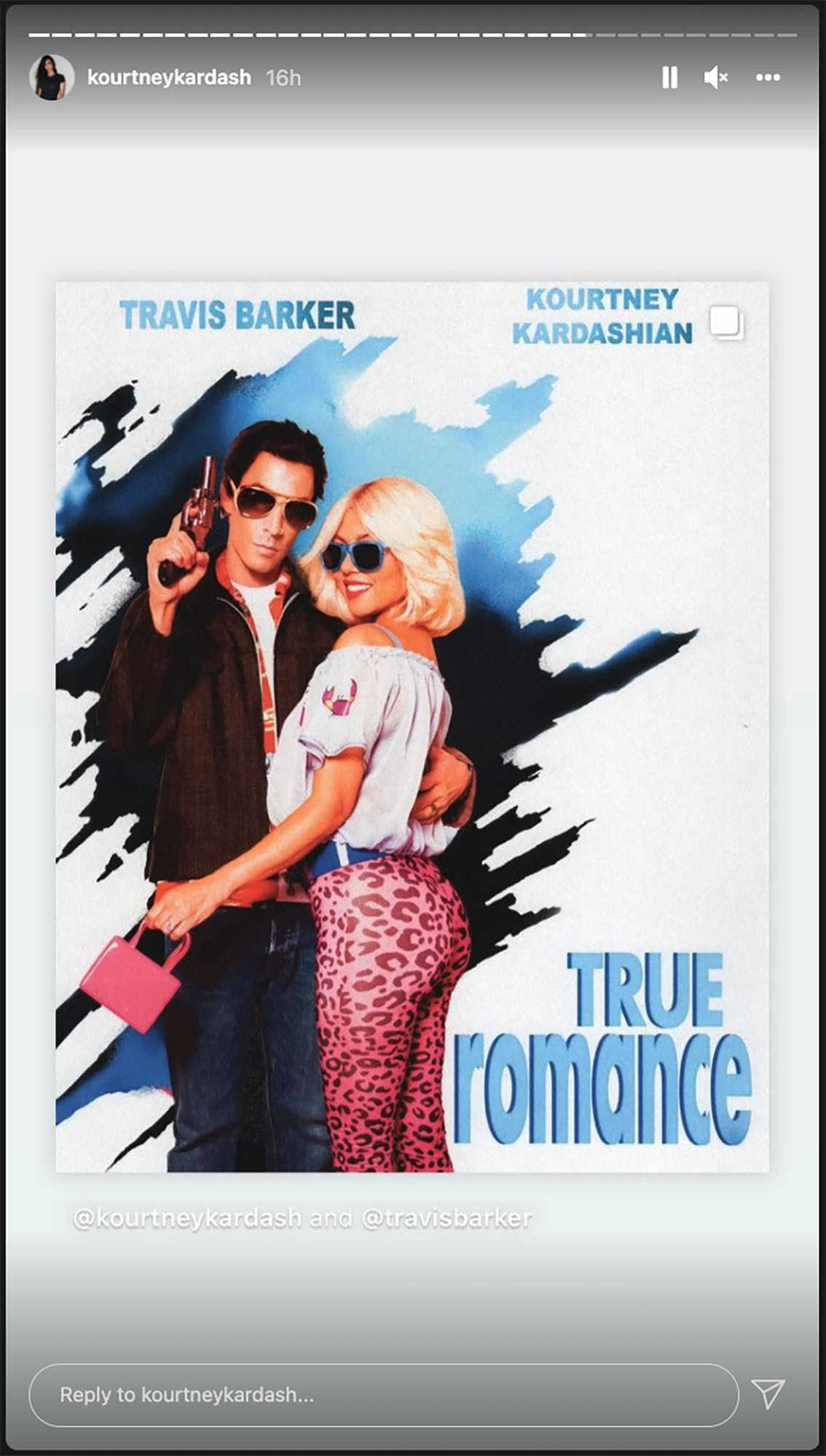 The former Miss USA contestant and the rocker married in 2004 after two years of dating. The pair welcomed son Landon in 2003 and daughter Alabama in 2005. They documented their days as newlyweds on MTV’s “Meet the Barkers” before separating in 2006. Their tumultuous divorce was finalized in 2008.